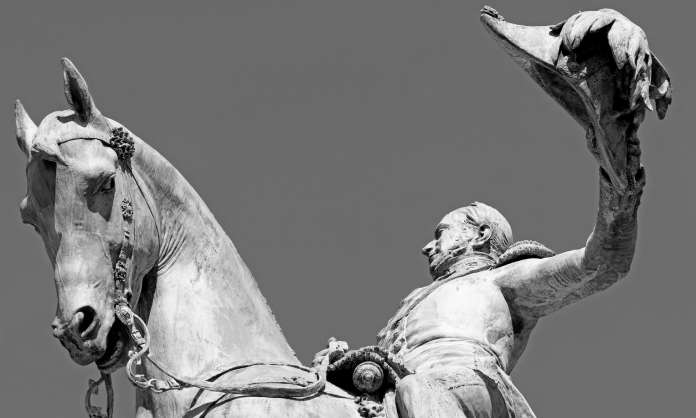 New EU Commission President Jean-Claude Juncker took the time this week to meet with MEPs from the Europe of Freedom and Direct Democracy (EFDD) to answer questions.

The undemocratically elected President of Europe was reported to have had a “polite exchange” with the Eurosceptic MEPs.

One of the points Mr Juncker made during the “polite exchange” was that there will be no change to the rules guaranteeing freedom of movement of workers in the EU.

Mr Juncker made it 100 per cent clear that Britain will not be able to negotiate migration policy with the EU.

Mr Juncker should be applauded for this statement. He should be praised for his honesty for he has confirmed what many have known to be true for some time – EU renegotiation is doomed.

The President of Europe loves the EU. He lives, eats, breathes (and according to recent reports, drinks) the EU. Mr Juncker’s position could not be any clearer – no pesky meddling island like Britain will get in the way of the United States of Europe.

While Mr Juncker is the epitome of everything that is fundamentally wrong with the EU, at least he is honest about his beliefs and the situation.

Unfortunately, Mr Cameron has yet to follow his example.

Migration policy is the biggest grievance British people have with the EU. If migration policy is not repatriated, and Juncker and his Belgium-based chums have made it clear that it will not be, renegotiation is irrelevant.

There is no reason why Cameron could not complete renegotiation in three to six months. The outcome of EU renegotiation will be the same whether he takes three months or three years over it – it will contain nothing of substance.

The reason it will fail is, however, through no fault of the Prime Minister. The simple fact of the matter is that EU renegotiation is not an option.

The EU elite have been honest, they have stated time and again – the EU is not a menu. You do not pick and choose. You are either in the EU or you are out of the EU.

Mr Cameron would do well to follow the example of Mr Juncker and start speaking honestly.

Renegotiation is a futile exercise which should conclude at the soonest opportunity. Immediately after this, a date for a referendum should be announced and there is no reason why this date should not take place before 2016.

The EU has stated its position – Britain will not get the change British voters want. What is your position Prime Minister?

Share
Facebook
Twitter
WhatsApp
Email
Previous articleKevin A. Sabet: Only big business wins from legalising pot. Impressionable kids are the big losers
Next articleSharon James: Scotland’s Salmond brings back nationalisation. Every child in the country under his control