May and the EU: Absolute power corrupts absolutely 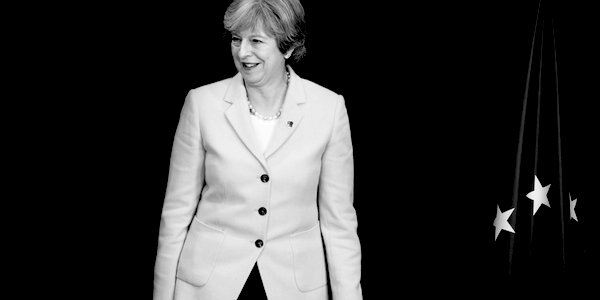 RIGHT then: things keep moving on, and in a bad direction.

The bullying of Parliament by the Government must stop. The Speaker has helped with his ruling today that meaningful votes cannot just be held again and again until it passes #BrexitChaos pic.twitter.com/MRvpx0JNeU

Only a couple of weeks ago, Angela Eagle was complaining of the Government’s bullying towards the Opposition; now Mrs May says goodbye to collective Cabinet responsibility (a majority, it was reported, have come round to No-Deal) and reaches out to Mr Corbyn, prompting Welsh Minister Nigel Adams’s resignation (good man: his letter is worth reading).

Following yesterday’s cabinet, this morning I’ve been to Downing Street & resigned my position as UK Govt Minister for Wales & Govt Whip. I’m grateful to the PM for the opportunity to serve as a Minister since 2017 & will continue to serve my constituents from the backbenches. pic.twitter.com/W15xS4cOBP

On and on goes the Prime Minister, despite one crushing Commons defeat after another. She clings to power like a limpet, or perhaps more like a limpet mine, primed to sink the ship of State.

Perhaps if all else fails, her last card, the one that loses the stately pile and rolling acres, will be the use somehow of an Order in Council (such a favoured tool of Blair, ACL.)

Fanciful? Is there anybody who predicted what we have seen so far?

When all this Brexit business is done one way or another, the work of reassessing the British Constitution must begin. Perhaps we could start with a motion similar to John Dunning’s in 1780, altered to say: ‘The power of the Prime Minister has increased, is increasing, and ought to be diminished.’

What is the point of the 2002 High Court ruling that ‘the British Parliament . . . being sovereign . . . cannot abandon its sovereignty’ if it simply delegates away most of its power, either to the EU under the 1972 ECA, or to Ministers via ‘Henry VIII’ clauses that allow them to issue secondary legislation, or to the Privy Council so that the occupant of No 10 can govern by fiat?

What is the point of having extended the franchise to 47million voters, under a first-past-the-post system that regularly sees some two-thirds of MPs elected on a minority of votes cast? Of ‘safe seats’ that turn some MPs into complacent, negligent absentee landlords?

Or of a Fourth Estate that suppresses and twists the information the voter needs? – even (this is the one that for me exploded Jon Snow’s credibility; I can cope with his infantile remarks about white people) allowing Blair’s right-hand man to take over one’s current affairs TV show without warning, to spin the ‘Iraq WMD’ controversy, and then shaking his hand in fraternal thanks at the end (oddly, not shown here, but I cannot forget).

What is at stake here – what greater theme of history is there? – is overweening Power. We thought we’d settled that in the 1640s and 1680s and the political reforms in the 150 years after 1789. But the barrack-room grumblings of the people today could eventually become something worse, if democratic checks and balances fail to stop Power becoming once again arbitrary and absolute.

Is the EU prepared to reform? Oh yes – in exactly the wrong way. Only last November, the enthusiast Mr Verhofstadt was calling for the abolition of member nations’ individual veto: ‘You cannot manage a continent of that magnitude with such a system.’ Why does the veto matter? Because EU-scepticism is not just a Brit thing. Frau Merkel may be the Chancellor of Germany, the EU’s biggest financial backer, but she is not an EU official.

Even as it is, one of her sharpest critics, Alice Weidel, leader of Germany’s AfD opposition party, in her much-circulated 21 March speech to the Bundestag, worries that the UK’s departure threatens Germans’ ability to muster a blocking minority EU veto (minimum 35 per cent of EU population.) Already, she says, Merkel and Macron’s Aachen Treaty stands to jam open Germany’s wallet for the depredations of French profligacy, and the free movement of eastern Europeans per Schengen rights has led to growing strains on the German economy under Hartz IV social security arrangements.

It’s not about us ‘crashing out’ of the EU; it’s about the EU crashing around like a bull in a china shop. If no one will put a ring through its nose, we have to leave the premises. If we mess about, the Germans may get out ahead of us!

And if we do finally manage it, we then have to face the other systemic wreckers closer to home: the ones at the top of our country.