NewsPaperthe art of publishing
HomeKathy GyngellMay wounded? No, her Surrender Plan is bang on target
360

May wounded? No, her Surrender Plan is bang on target 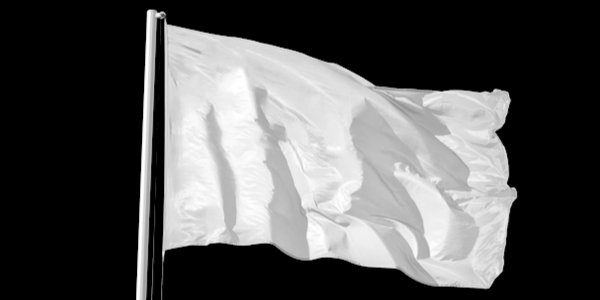 The Brexiteers have been played. Game, set and match to Mrs May and Number Ten’s Stasi operation. May’s ‘group of four’ – ‘remainer’ advisers all and her Comms Director, the discreet and low-profile former BBC news executive, Robbie Gibb, have played a blinder.

Be in no doubt that they were prepared for Wednesday’s vote of no confidence. The rumour mill says they even brought it on, ensuring that they could take control of the timing: which they did. May had nothing to fear. With 139 MPs on the Government’s payroll she was never going to lose. All she needed was to win to secure her position for another year. And simply ignore Jacob Rees-Mogg’s demand that, because she has lost the support of her backbenchers, she should resign. Mrs Thatcher resigned after getting 204 votes but not May after 200. Honour is neither in May’s DNA nor part of the Number Ten plan.

That’s not of course how the BBC’s Laura Kuenssberg wrapped it up after the result was declared: ‘It’s survival not success tonight – another big knock to the PM’s credibility, and no solution at all to the gridlock in Parliament – she’s survived, [but] her Brexit compromise can’t in its current form.’

Of course her colleagues in govt relieved that she can try to carry on but it's a survival not success tonight – another big knock to the PM's credibility, and no solution at all to the gridlock in Parliament – she's survived, her brexit compromise can't in its current form

The print media bought into this narrative too – May’s was a pyrrhic victory. She’d emerged wounded and weakened, clinging on only as a lame duck Prime Minister and with no chance of pushing her Withdrawal Agreement through Parliament. Really so?

I doubt if the comments worried Robbie Gibb too much. May the Martyr was despatched (again) to the permanent podium outside Number Ten to give her repeat ‘I will deliver’ performance – face made up, hair coiffed, straight to camera through to the nation’s living rooms – the suffering but dogged embodiment of the national interest.

Never mind this ‘further blow to her credibility’ or the concern that the vote ‘offers no solution at all to the gridlock in Parliament’. Both, I have no doubt, were expected, and factored into a Number Ten plan drawn up for when May bounced her obedient and morally deficient Cabinet into accepting Olly Robbins’s BRINO minus before they had time to read it.

The plan centres on repeating the simple message: ‘Let me get on with the job’; on making the perfectly prepared Mrs May say over and over again ‘That means securing a Brexit deal that delivers on the result of the EU referendum’ and ‘Taking back control of our border laws and money, but protecting jobs, our security and our precious union’, and so on. Keeping our dear leader on screen, non-stop, round the clock. On their terms. The more repetitions, the more efficient the message. They’ve learnt from North Korea.

So Number Ten’s bought time for behind-the-scenes deals, delay being a crucial ingredient of the ‘May endgame’ of bullying MPs into a deeply pro-EU settlement, and kept attention off the ever-present and posturing Olly Robbins, once again in close and smirking attendance on the PM in Brussels yesterday.

#Brexit: MPs' vote will not be held until January, says Downing Street

No doubt he’ll be catching up there with the Irish Taoiseach; the very same Mr Varadkar who’s been asking Sinn Fein to collude in undermining the referendum vote. Yes, he’s been begging the seven Sinn Fein MPs to take their seats at Westminster to save May’s Brexit deal in a scandalous interference that has stayed pretty much under the radar. He’s ‘trying to avoid a scenario in which the United Kingdom including Northern Ireland “crashes out” of the European Union’, he says. If Sinn Fein is happy to oblige, then it is the crashing tectonic plates of Northern Ireland’s peace we’ll be hearing as the DUP is dumped.

May will get her deal through by hook or by crook, doing a deal with Labour remainer MPs too if need be. Iain Duncan Smith thinks: ‘There’s no way on earth that the public wants to see us doing deals with the Labour party.’ It’s irrelevant. The point is that the vote of confidence in her has released her from party obligations, freeing her do what cross-party deals she wants and kill any possibility of a WTO No-deal.

Two fingers up to the normal rules of politics, her team of remainers helping her and we’ll be in the customs union until the time is deemed ripe to reapply to the EU on bad terms.

Meanwhile the Brexiteers continue to see it all through the prism of party politics and fail to grasp the broader picture. They need to wake up fast. The ‘other side’ will stop at nothing. The BBC won’t criticise this divergence from democracy nor will Mr Corbyn or Mr McDonnell complain. Provided May’s half-baked Brexit still frees them to implement their State Aid programmes, they’ll be happy in the wings.

Then there’s the longer term. With ‘my deal is the only deal available’ past Parliament (with the help of Labour and Sinn Fein) May can claim to have ‘delivered Brexit’. Why would she resign then, election or not? Why keep a promise when there’s no need to? With three more years to run to 2022. What then?

This is not a woman of conscience. One of our readers, ‘Despite Brexit’, commented this week: ‘This is not Thatcher . . . this is May, who has firmly nailed her colours to the mast as a technocratic automaton whose only guiding principle is her survival and her right to get her way.’

May has turned into the Terminator Laura Perrins predicted she would.

Churchill’s wilderness years lasted ten. Rees-Mogg’s look set to last longer, unless the Brexiteers get behind him, break their delphic silence, get their act together and start planning. A BBC Rebuttal Unit (under Peter Lilley, I’d suggest) to expose the BBC’s fake news machine and the core set of ideologues and financiers behind May’s gang of four, would be a start.

Janet Daley is right – it isn’t politics any more. It is wargaming.

It’s time for the gloves to come off.

Share
Facebook
Twitter
WhatsApp
Email
Previous articleThe BBC doesn’t fight fake news – it commissions it
Next articleReaders’ comments special: How can the 117 carry on under May?