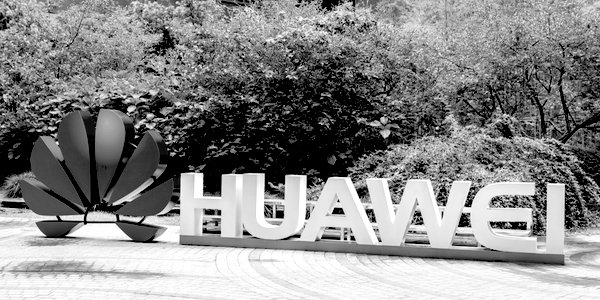 ON Monday, Theresa May launched London Tech Week by talking about Britain as ‘a global leader’ in technology and ‘the best place in Europe to launch and grow a start-up’.

Theresa May is a hypocrite. First, she can never differentiate Britain as ‘the best place in Europe to launch and grow a start-up’ as long as she keeps Britain inside the EU, subject to the same regulations as the rest of the EU.

Second, May acknowledged that Britain is haemorrhaging talent to foreign companies, and that a future immigration policy should allow the finest foreign talent into Britain, but we cannot have a sovereign immigration policy until we leave the EU – and she has chosen to extend our membership.

Third, she claims to care about British tech, but she refuses to rule out Huawei for Britain’s fifth generation wireless network (5G). How is co-operating with the world’s largest supplier of telecomms equipment compatible with developing British competitors?

Fourth, May claims to want to make Britain ‘the best place’ to launch a start-up, but nobody will want to develop intellectual property on networks that cannot be secured from Chinese theft. Huawei’s products dominate British networks, from 2G to 4G. Fifth-generation offers download speeds up to 100 times faster, which will be good for consumers and business. However, faster speeds increase proportionately our exposure to insecurities in the network. We need to get 5G right.

Successive governments (Tony Blair, Gordon Brown, David Cameron, Theresa May) have favoured Huawei, even while the government’s communications security agency GCHQ has warned about security flaws in its products and its superficial responses.

On Monday, Huawei’s grandly titled Global Cyber Security and Privacy Officer was telling the Science and Technology Select Committee in Parliament that Huawei obeys the laws of the countries in which it operates. By implication, then, Huawei obeys Chinese laws obliging such companies to co-operate in espionage. Although he refused to confirm these particular laws, he confirmed that Huawei’s chairwoman, Sun Yafang, previously worked for China’s spy agency.

Insecure networks discourage tech companies most of all, because they work mostly digitally.

Fifth, May claims to want to make Britain ‘a global leader’ while she extends privileges to the EU and China. Her favour towards Huawei presents particular legal and practical problems for investors from our closest allies (the US, Canada, Australia, and New Zealand), whose governments have banned Huawei from their public sectors and even restricted their domestic companies from doing business with Huawei.

Sixth, tech companies can expect speedier implementation of 5G in other countries. As is her nature, Theresa May remains two-faced about Huawei, pretending to reserve judgment even though her decision in favour of Huawei was leaked in April. By pretending that she could change her mind, she ends up putting everybody into uncertainty and paralysis.

On the same day as Theresa May was contradicting herself at London Tech Week, somebody leaked a letter drafted by a British telecommunications firms warning the government that the uncertainty about Huawei is slowing their implementation of 5G.

The leading company in this initiative is BT, whose subsidiary EE has launched 5G in six British cities since May. The second company to launch 5G in Britain is Vodafone (scheduled on 3 July). The third company to launch is the appropriately named Three (owned by Hutchison), starting in August, in London, followed by 12 other cities before the end of 2019.

However, EE/BT has delayed the launch of Huawei 5G phones. Both Vodafone and Three have suspended orders of Huawei 5G phones. BT likes cheap products – it seems to be wanting clarification of the government’s acceptance of Huawei so it can go with the cheapest supplier. Vodafone, at least, is unlikely to return to Huawei: it has revealed that from 2009 to 2011 it discovered backdoors in Huawei hardware on the carrier’s fixed-line network in Italy. Huawei claimed the backdoors were accidents, but they had not been fixed the next time Vodafone checked.

So, if the commercial operators are turning against Huawei, or choose Huawei on cheapness, not security or quality, why on earth is the government still sitting on the fence? A government clarification of the unacceptability of Huawei’s products could have encouraged wireless providers to differentiate with more secure products or more British products. Then Britain would look more like a ‘global leader’ in technology and a secure place for start-ups.

This takes me to May’s seventh hypocrisy on British tech. Tech investors cannot hope for a fair and level playing field in Britain so long as the British government is so incestuously linked with Huawei.

The company’s Global Cyber Security and Privacy Officer whom I mentioned earlier is a Briton, by the name of John Suffolk. He’s not just a Briton but a former civil servant. He was not just any civil servant but the civil service’s chief information officer, the man who in that position opened the joint government-Huawei centre at Banbury. This is the centre that was supposed to vet Huawei’s products for security, but mostly assigns Huawei’s employees to pass Huawei’s products.

In 2011, Prime Minister David Cameron cleared Suffolk to leave the civil service straight into the employment of Huawei UK, subject to a standard condition that he should not lobby or work for government for at least two years. A few months earlier, Sir Andrew Cahn had resigned from Cameron’s Trade and Investment Department to chair Huawei UK’s new advisory board. Several others of the same rank are on Huawei UK’s executive and advisory boards. When Cameron left office in 2016, he set up a Chinese investment fund. Since 2018, he has personally lobbied the current government on its behalf.