Meet your new electric cars guru (in his 6.8-litre Bentley) 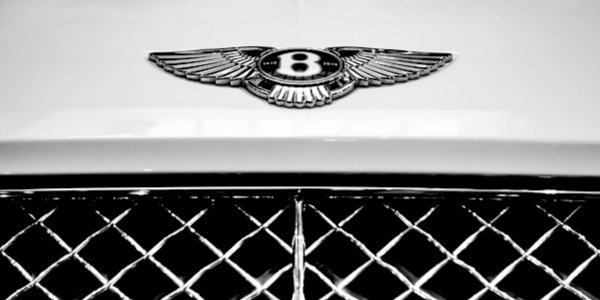 Our man in Westminster, Sir Charles ‘Chatty’ Chatterton, the raffish, six-times-married, long-serving Member of Parliament, has recently stepped down as Assistant Parliamentary Private Secretary to the Prime Minister. We are delighted to learn that he has been appointed to a new position as Assistant Under Secretary at the Department for Transport.

The Conservative Woman is privy to his recent notes.

A BUSY morning dealing with constituency matters. Before I’d finished my eggs Benedict, I received reports of an escaped puma in Little Tittleham and a missing elderly lady. The constabulary have been taken off mask compliance duties to search.

Later, when I was enjoying a small brandy, I was told that a bus full of schoolchildren had disappeared into another sink hole on the B7492.

With the help of Catherine, my new secretary, I have finally mastered Vroom, but it meant I had to endure a tiresome constituency committee meeting. I know it is hard to get a decent shave these days, but Councillor Ellwood looks ridiculous in a beard. Beards are suitable only for sailors, tramps and cads.

In the afternoon I took a call from that Shapps fellow. Who calls their baby boy ‘Grant’? He has offered me an Assistant Under Secretary post in the Transport Ministry. I said I would mull it over.

It turns out that the puma was an overfed cat and the elderly lady had visited her neighbour for an illegal cup of tea which will cost her £200. The children remain in the sink hole.

I rang Shapps to accept the position in the Ministry. When the nation calls, one feels it is one’s duty to put aside local concerns to work for the greater good. The invitation was not unexpected. In times of crisis, and there is always a transport crisis, the familiar cry of ‘send for Chatty’ resounds through the corridors of Whitehall.

Later, after a fond farewell to Lady Veronica, I set off for London with Catherine.

On arrival at Great Minster House I was met by Shapps. He has always struck me as someone who would have been better suited to selling light fittings in Homebase. He said that BoJo (i.e. Carrie) is concerned about the slow uptake of electric cars, and I am to lead the ‘Volt Jolt’ initiative. After a lightning tour of the building and lots of gobbledygook about clean energy, I retired to my club.

Good news from the B7492. It seems that the schoolchildren have escaped from the sink hole by constructing a rudimentary rope ladder with their face masks.

My office is a grim open-plan affair. The walls are plastered with the life-sapping propaganda photos of sad NHS staff telling us to ‘Stay Safe’. Over the door is a large banner saying ‘Volt Jolt’ and above that an even bigger one saying ‘What Carrie wants, Carrie gets!’

In the afternoon I was subjected to a lecture about the Project from a young civil servant named Malcolm. He wore chinos and had tattoos of an eagle on his neck and a tear below his right eye. His pronunciation was dreadful and every third word was ‘like’ or ‘erm’. I imagine he was appointed because he had attended an atrocious school and was ‘socially deprived’. His slide show was full of charts and graphs which meant nothing to me, and I’m sure I nodded off a couple of times.

I remember the days when the civil service was compared to a Rolls-Royce rather than the clapped-out Metro it is today. On the plus side I had a splendid evening with Catherine.

I innocently parked my 6.8-litre Bentley in a bay designated for Shapps’s little Tesla. I had no idea those funny boxes on the wall were ‘vehicle charging points’. How on earth are people in high-rise council flats in places like Preston going to charge their new Teslas? Shapps was not best pleased as his battery ran out whilst he was waiting for me to move my motor.

I was subjected to another lecture from mumbling Malcolm. I do recall that electric cars are terribly expensive, and the gubbins that makes them work is extracted from Chinese-owned mines in Africa by slave children, but I am under strict instructions not to mention that when the ‘Volt Jolt’ propaganda is launched. I think I remember him saying that to produce the electricity needed we would have to carpet the North Atlantic and North Sea with wind farms.

We were called to the Cabinet Office for an off-the-record briefing from Gove and his coterie. He has never stopped sulking since BoJo nominated Drab Raab as his successor when the PM was incapacitated by the Batflu.

He kicked off by showing us a video which at first I took to be the new Bond film, but turned out to be a diatribe from that creepy Kraut Schwab. He rabbited on about how governments and big business needed to control the proletariat for their greater good. It seems that we are to use the eighteenth century as our template for government. To make matters worse we were joined by Sage’s Rosa Klebb lookalike, Michie, and the scoundrel Ferguson. Michie agreed with Gove that because most people had acted like sheep during the lockdowns, now was the ideal time to threaten them with global warming-induced spontaneous combustion if they didn’t follow Schwab’s world domination plans. Ferguson produced a model claiming that if we didn’t stop using fossil fuels there will be exactly 3,353,289 excess deaths in the UK every year until we are all goners.

I must say I was rather taken aback by what I heard. I don’t think it would go down too well at the Royal Tittleham Golf and Country Club.

Catherine and I set off back to Tittleham Hall. After two days of lectures from Malcolm and the alarming revelations from Gove and co I am rather perturbed, but think I have got the gist of things.

BoJo (i.e. the ‘Junta’ of Carrie, Gove, Hancock, the WEF etc.) wants us to Build Back Better, save the planet, continue lockdowns and be world leaders in signalling virtue by restricting the movement and activities of poor people who will own nothing but will thank us by subsidising rich people to buy expensive cars built with Chinese-owned materials, mined by African slave boys, so that the rich can get richer and exert more control over the aforesaid poor people.

It all sounds a bit rum to me, and as I waited in a traffic jam caused by a pile-up on a smart motorway I pondered how the doughty ladies of Little Tittleham WI would be able to travel to their annual mud wrestling tournament against the formidable ladies of Over Tittleham WI, and how the chaps at Nether Tittleham Rotary would get to their annual Iron Man competition against their fellow Rotarians at Middle Tittleham.

Returned home to find that Upper Tittleham was under water because an otter had blocked a culvert when it choked on a discarded mask. C’est la vie!