Meghan and the road to Oprah’s Kleenex 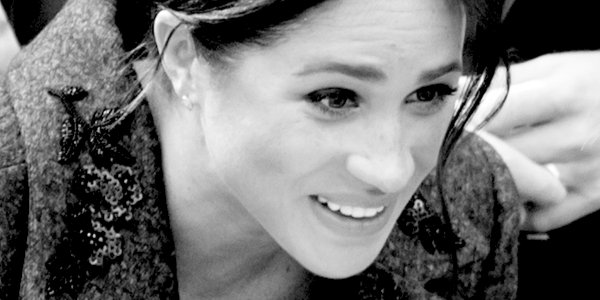 LET me tell you where this Harry and Meghan trail of destruction is going to end: on Oprah Winfrey’s couch. Trust me. A fair few seminal moments in celebrity culture have occurred on that couch (Tom Cruise never recovered) and Meghan is first and foremost a celebrity.

Meghan will be weeping. Oprah will be there with a comforting hand, and you, dear reader, will play the role of the baddie. Meghan will spend much of her time on Oprah’s couch telling her how racist and sexist and generally odious we all are. This will happen less than three years after the British public lined the streets to wish Harry and Meghan every happiness at their wedding as they glided by in an actual horse and carriage, Meghan with an actual princess crown atop her head.

Truly, with Meghan there are a lot of issues and not enough tissues. I doubt even a hug from Oprah can make all the pain go away. That’s before we even get to Harry who, let’s face it, is deeply damaged and will never recover from the manner and time of his mother’s death. However, this does not justify the way they have treated the Queen, now 93, his only brother Prince William and the royal family in general.

It does not mean that once the going gets tough we decide to break with our family, inflict untold damage on our 93-year-old grandmother and high-tail it across the Atlantic to blessed Canada, leaving chaos in our wake.

I explained on Channel 4 News on Sunday night that the problem for the Markles in their desire to become financially independent was the cakeism, the wokism and the sadness.

Finally, it would be one thing if this wrecking-ball approach to family negotiation (give us everything we want or we will destroy you) were going to make this couple happy. My sense is that they will never be happy. So it will have all been for nothing.

Soon enough Meghan will be on Oprah Winfrey’s couch calling us all racists. You can take that to the bank.