NewsPaperthe art of publishing
HomeNewsMemo to headteachers: Time’s up for mobiles in schools
52

Memo to headteachers: Time’s up for mobiles in schools 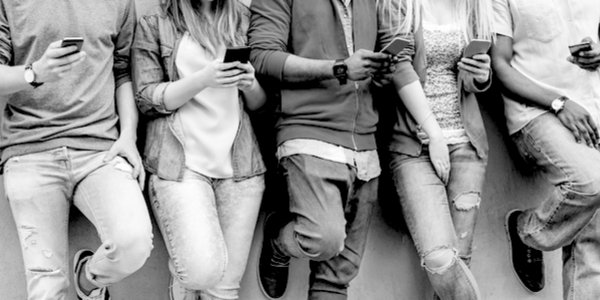 There’s a 13-year-old boy in Jonathan Safran Foer’s novel Here I Am who spends a lot of his time in ‘Other Life’. This is where he interacts with screens, with those ‘within’ the screen, with his avatar. The achievement of Foer, whose inventive structural use of > marks out the screen world dialogue, is to convey just how much the human brain is now prey to abandonment and total absorption in the faceless realm of cyberspace. In other words, virtual reality is no longer virtual. The thing here that does not ring true is that any young man (let alone one coming up to his bar mitzvah) who spends so much time alone in his bedroom on his device could be as disarmingly articulate, confident, witty and empathic as this one. If only.

Smartphones are where the young do social media and the devices are in the news again. Last week Culture Secretary Matt Hancock called on headteachers to ban mobile phones from the classroom and Ofsted chief Amanda Spielman backed heads who take this course. Her commonsense assertion was that smartphones ‘distract pupils in class and make teachers’ jobs harder’.

Is there a head of steam finally building against the tyranny of the smartphone and its menacing grip on the minds and lives of the young? It looks like it. If so, it’ll be noteworthy to those such as American academic Jean Twenge, whose book iGen was reviewed by TCW last year. Recently, French legislators have voted to ban the use of mobile phones by pupils in primary and middle schools. The government’s thinking is that the new law will improve concentration in class as well as curbing cyber bullying and the viewing of pornography.

Furthermore, the headmaster of Eton has said that schools and parents should not be afraid to confiscate smartphones and other electronic devices from teenagers. Simon Henderson said his school requires its Year 9 boys to hand in their devices at night. Tellingly, he said the boys liked the move as it removed pressure from them.

Grown-ups need to listen up. ‘Liked the move’. Of course they do. Children and teenagers may want to give the impression that they know what they’re about and they know what they want. But what most of them want is proper care and guidance from parents, teachers and others in loco parentis. It goes without saying that it’s a bore for a teenager to hear from someone who ‘knows best’. Boredom, however, is beside the point. Parenting is darned hard. So is being a teacher trying to maintain rules and discipline in order to teach. That doesn’t mean accepting defeat, taking the line of least resistance and capitulating to that easy fallback that you ‘can’t put the genie back in the bottle’. Go on then, keep your phone by your bed, but five more minutes, and switch it off when you go to sleep. OK then, you can have your phones on your desks, but no looking at them during lessons. Yeah, right. As if.

There are still the naysayers, though, when asked to reflect upon the link between the rise of the smartphone and the mental health crisis amongst the young. Paul Howard-Jones, a professor of neuroscience and education at Bristol University, says children need to self-regulate and can’t do that ‘if their phones are taken away at the start of the day’. Some might feel his stance is a touch optimistic. Those who feel there is growing evidence of a link between mental ill-health in the young and the use of social media might recall that it is his university that is shockingly ahead with undergraduate suicide numbers in the UK.

Others with vested commercial interests in technology within education are keen to talk up in the same news piece how ‘kids are using technology in good ways . . . being creative . . . to collaborate and communicate and share ideas’. Banning smartphones from classrooms is not about being anti-technology or about frustrating creativity, and it is unimaginative and misleading to suggest that it is. When are we going to ditch this harmful lie that social media is about meaningful connection? What it has actually done for a generation in their most vulnerable and formative years is all but destroy the confidence and sense of self-worth that comes from face-to-face interaction with a real person.

I had a sad conversation recently with the mother of a former pupil of mine who has suffered the fallout of the brave, new ‘connected up’ digital world. This 16-year-old boy suffered such dangerous weight loss that he was hospitalised for anxiety and depression. The mother told me that for years her son had been trying his best to get together in person with his mates, but instead of taking on his suggestions about fishing or getting out on their bikes, all they ever wanted was to stay in their bedrooms, side by side if necessary, on their phones or Xbox. He ended up joining them.

Just one anecdote, but it does sit amongst countless others that are sad and even tragic. What some of us want to hear now is those words ‘Time’s Up’ connected with complacency regarding smartphone/screen addiction. Of course, the smartphone has its beneficial uses and of course we cannot disinvent it. But we need to be in charge of it, not the other way around. We need to start caring again responsibly for the young. We need to hear a little less from the kind of blinkered teacher who was on The World at One the other day saying that smartphones in the class were a valuable resource in schools where funding problems mean there are no textbooks. She was seeking to be political. Some of us have long suspected that many in the teaching profession are falling over themselves to dump the textbook approach to learning and embrace screens instead.

Significantly, only recently NHS chief Simon Stevens warned that the service was ‘picking up the pieces’ of an epidemic of mental illness among children fuelled by social media. He urged companies such as Google and Facebook to take more responsibility for the pressures they load on to children. He spoke of their ‘duty of care’ to protect the young from mental ill health, abuse and addictive behaviour.  We’d be wise not to hold our breath when it comes to Big Business, but headteachers have power. They all need to step up pronto with a classroom and playground ban. Only then might we see our young looking up from their phones with a real sense of ‘Here I Am’.