NewsPaperthe art of publishing
HomeNewsMemo to Leftie Becca: There’s a line between disagreement and incitement
119

Memo to Leftie Becca: There’s a line between disagreement and incitement 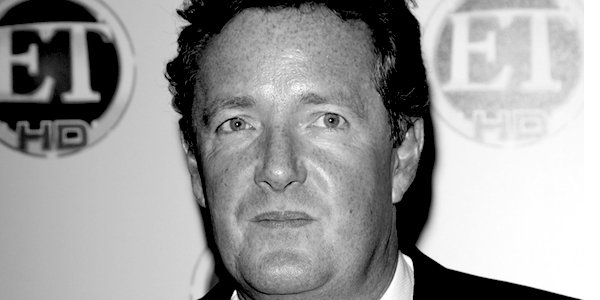 Threatening to make life ‘uncomfortable’ for one’s opponents is standard practice in tyrannical regimes, in criminal gangs and amongst terrorists. It sustains dictatorships and one-party governments around the world as much as it buttresses the power of Mafia fraternities in Europe or paramilitary groups in Northern Ireland. When such threats enter the arena of politics and public debate in democratic societies we should be especially alarmed.

The murder of Jo Cox MP, albeit by an individual with a history of psychiatric problems, was a red warning sign of the depths into which society can plunge when reason breaks down. It was the ultimate and most wicked expression of making life ‘uncomfortable’ for an opponent.

How alarming is it, then, to read an opinion piece by Becca Harrison in the Left-wing New Statesman journal that shows there is an unequivocal need to make life ‘uncomfortable’ for some of those, at least, whom she judges as having views that are contrary to her own.

Ms Harrison’s call to arms results from her having had ‘the unfortunate experience’ of finding herself in the same Kensington cafe as Piers Morgan, the host of ITV’s breakfast show Good Morning Britain and a rare example of a media personality whose perspectives are not always skewed towards the Left.

Taking inspiration from a US restaurant’s refusal to serve members of the Trump administration, Harrison launched a tirade of abuse against him. In boastful tweets she told her story:

So I told Piers Morgan he’s a fascist-enabling c*** [ditto] who’s doing serious damage to our country. He was not impressed. Which has made my morning

Morgan hit back with his own, admittedly less than magisterial, tweet:

Just an FYI, Trump doesn’t run our country. ps I’d update your profile pic – been a few years hasn’t it..

Given that Morgan was verbally set upon, viciously, in a public place, it comes as no surprise that he replied with a tweet of his own. He is well versed in tit-for-tat banter and was not prepared to take this self-regarding and abhorrent rant without a response. If such an implicit attack on his freedom of speech, backed up by a call to make life ‘uncomfortable’ for the likes of him, had been expressed by a Right-wing commentator against the Left, all hell would doubtless have been let loose.

The obliteration of Kipling’s If by Manchester University students’ union a few days ago comes to mind. Had the poem been written by the UK’s Number 1 ‘black’ heroine, Mary Seacole, whose statue has recently gone up in central London, the poem would never have been painted over. Her position is sacred.

Seacole’s autobiography, though, makes her a more triumphant imperialist than Kipling. He, after all, understood that Gunga Din was ‘a better man than I am’. Seacole, in contrast, was fond enough of using the n***** word because her own skin was light and she had a strong sense of her Jamaican/British identity – hence her sense of racial superiority. The Turks, for example, she classified as ‘degenerate Arabs’, worse than fleas. Becca Harrison and the New Statesman seem to concern themselves with racism and imperialism only when it emanates from whites, not from blacks.

In her New Statesman piece Harrison confesses that she writes ‘with the privilege of cisgender whiteness’. She quotes a recent BBC Newsnight interview with Anthony Gardner, former US ambassador to the EU, in which he stated we are ‘not that many steps away from the 1930s’. How right he is, but not in the sense Harrison implies. Her status is far from being that of the victim she would like us to see her as.

On the contrary, we may legitimately ask if this statement in her article, guarded as it may be, is, in effect, an incitement to violence:

I would encourage anyone who can safely and legally dissent to make Piers and his comrades uncomfortable.

Nigel Farage partaking his Full English Brexit at your greasy spoon? Put him off his Danish bacon. Jacob Rees-Mogg taking cream tea at the local members’ club for Dickensian villains? Boo and hiss every time he reaches for the jam. Boris Johnson attending the Sunday carvery? Make sure he’s the one being roasted. You might not change the world, but you can ensure that these people know their politics is deeply damaging.

And FYI, it will give this rabid feminist pleasure to know you’ve put them off their food. I may not eat meat, but I sure as hell want gammon on the menu at breakfast.

Harrison would like us to see her as a resistance fighter against fascism. By denouncing Donald Trump as a fascist, however, all she does is to whitewash fascism. Hitler, for example, was responsible for the Holocaust and for the deaths of many more millions. Declaring him to be much the same as President Trump makes the Nazi leader not such a bad guy after all. Is Harrison an undercover operative for the defence of National Socialism?

Few figures in the American political landscape are as opposed to President Trump as former US Secretary of State Madeleine Albright. The meaning behind the title of her new book, Fascism: A Warning, is clear enough. When interviewed by the BBC Today programme, however, she made it very clear that, even from her perspective, Donald Trump is not a fascist.

The New Statesman is fully entitled to publish articles that lambast the views of Trump, Morgan, Farage, Rees-Mogg, Boris Johnson and the like. It is not entitled, however, to incite violence against those with whom its writers happen to disagree. Incitement to violence and to ‘hate crime’ should be denounced by all shades of political opinion. If it is not, we are finished.