NewsPaperthe art of publishing
HomeNewsMen are being emasculated, not infantilised
98

Men are being emasculated, not infantilised 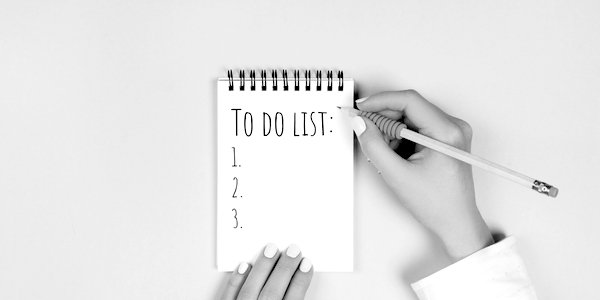 It’s practically a heretical stance nowadays to suggest that evolutionary biology has bequeathed the nurturing instinct more to mothers than to fathers. Now the head of a leading girls’ school has made clear her disdain for the notion that mothers might want to involve themselves in caring for their offspring.

The story was dressed up as being about household chores and how women need to trust men more to carry out domestic tasks. Victoria Bingham, head of £18,000-a-year South Hampstead High School, claims that mothers are guilty of feeding the myth that men are domestically incompetent. She says that ‘many working mothers are still micro-managing domestic life despite holding down demanding jobs’. She adds that ‘extreme multi-tasking’ has become a point of ‘feminine pride’ and ‘busyness’, a ‘badge of professional and maternal honour’. She despairs of mothers who need to be away on business leaving lists of instructions for husbands involving coats, socks, play dates and carrot batons. She has had enough of listening to tales from worn-out executive mothers who feel the home will fall apart if things revolving around the children, their school needs and home are not running perfectly.

Bingham completely misses the point. Of course these women don’t think calamity will ensue if the kids are in a Beast from the East wind without their gloves, or will starve if the packed lunch is forgotten, or will be punished for not getting the homework book signed and dated. The point is that it is in most mothers’ natures to care sufficiently about their children to prefer the above not to happen. And there is nothing whatsoever wrong with that. The mother’s nurturing instinct cannot be severed from her relationship with the family home, no matter how impressive her pay package, no matter how many times she is called upon to give her views on the TV news, no matter how complicated and fraught her arrangements to support the whole structure.

Of course, we’re not supposed to say this. We’re not supposed to say that men and women and mothers and fathers are not identical in their instincts and aptitudes. Oh no. Imagine the withering response, the eye-rolling, that must meet new mothers who dare to say that they might take more time off work than the father, simply because they see caring for the baby as a little bit more their responsibility. What Bingham and the sisterhood don’t realise, or maybe simply refuse to consider, is that most women are intelligent enough to know that they cannot have it all (and nor can men, by the way) and when push comes to shove their priorities are children and home. The ‘correct’ response is that it’s about choice and that if these tiresome mothers want to have children and home unnecessarily taking up so much mental space, that’s their problem. If they want to be so unambitious and lazy that they stay at home child-rearing for years, thus effectively opting out of careers (Bingham’s girls go on to careers, of course, not mere jobs), on their heads be it.

Modern feminism claims disingenuously it’s just all about choice, but then when mothers make such choices about family and home, they are effectively trashed and trivialised. In Bingham’s view the expectation on women to be perfect on all fronts is putting them under too much pressure. Pretty rich, this. It is modern feminism that has put such pressure on women. It has done this by getting louder and more trenchant in its insistence that the only way a woman, especially an educated woman, can have a worthwhile and intellectually and emotionally fulfilled life is to have paid work outside the home. To do otherwise is to demean herself.

Here’s the thing, though. The sadness is that it’s the girls at the bottom of the socio-economic pile, a long way (and not necessarily geographically) from Bingham’s swanky day school, who will lose out. They’re unlikely ever to earn enough to ‘be away on business’ and just relax as they hand childcare over to the father. For the unacademic, it really is all academic, simply irrelevant. They’re on checkouts and in those modern factories, call centres. Those mothers would probably like nothing better than to be able to have a few years at home as a full-time mother. Fat chance, though, given the state of pay for working-class men. No middle-class luxury for them of being a single-earner household.

No, not a hope. Not now we’re in an age where the BBC slyly refers to ‘working fathers’ to de-toxify for modern feminists the term ‘working mothers’; not now some stores are dropping ‘Mother’s Day’ cards in favour of those with the more gender inclusive word ‘mothering’; not now a lesbian whose ‘wife’ has just had a baby can be referred to as being away on ‘paternity leave’. I heard about this last the other week, and none of the managers in the meeting batted (or dared to bat) an eyelid. Yup, the tanks are on fatherhood’s lawn as well as motherhood’s.

Be great if some of the privileged and bright young women at Bingham’s school dare to do the really adventurously free-thinking and non-conformist thing and take that battle on. Oh, and by the way, it has nothing to do with who does the bins and who’s faster at ironing; there are as many young women responsible for squalid undergraduate kitchens as young men. The girls at South Hampstead High School need to know that their headmistress has it wrong, too, when she talks about men being ‘infantilised’. They’re not. They’re being emasculated. That’s why if those girls are not careful they’ll soon find themselves with a bloke who sends them downstairs in the middle of the night to investigate what sounds like a burglar. They’ll find themselves with a man who says he’s got as much right to stay home and be a ‘nursing father’ as she has to be a ‘nursing mother.’ Only a matter of time.