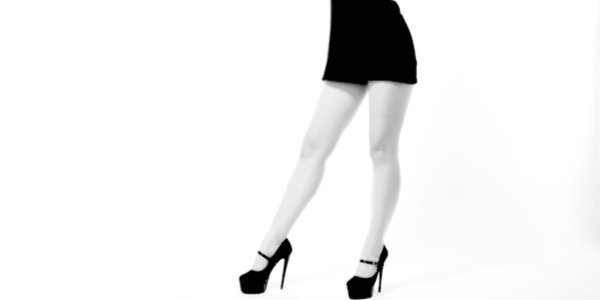 I watched Newsnight this evening (January 23rd) and saw the argument regarding the ‘Men Only’ charity event, held at London’s Dorchester Hotel, that the two guests complained was sexist. In fact one of them said: ‘Imagine if it was a group of businesswomen with young men’ etc.

I used to work in the Ladies’ Nights industry and saw many events where women raised money for Breast Cancer at a ‘Ladies Only’ event with semi-naked or even naked men as the entertainment. This would sometimes include businesswomen and I even recall one such event being at a ladies-only business networking night.

At some of the events I would be shocked at how far the women would go, even down to sexually groping the male genitals! I must admit, I am glad I am not involved in that industry any more as it opened my eyes to what goes on behind closed doors at these events and, knowing they had husbands and boyfriends at home, made me uncomfortable to see how the women behaved and how far they would go.

However, knowing this and seeing these ‘Ladies Only’ events at first hand, it makes me more than a little angry at how the women on Newsnight can then stand in judgement on these businessmen who, from what I’m told, raised £2million for charity. If any of the women at the male-only event felt violated in any way then, naturally, I would agree that that was wrong and actions should be taken to stop that. But I can assure you, it was sometimes the case for the male entertainers at the ladies-only events as well who were man-handled (I mean woman-handled) in ways they didn’t expect.

But it is the ‘double standard’ of the whole business that shocks me the most. It’s as though women can do no wrong and are whiter than white while men can do no right . . . even if the situations are exactly the same. Will this lynching of men ever end? Do ‘real’ women (not feminists) actually agree with these bizarre outbursts of anger and stone-throwing hypocrisy? I’m very worried for the future of the young men growing up today and the generations to follow.

I really value your opinion on this.

Reply from the Editors:

Thanks for making these really crucial points.

Accounts of this not particularly salubrious event have been reported all over the media but less noticeably that the story came out of an ‘undercover’ operation run by the Financial Times putting in a reporter as a hostess deliberately targeting this all-male event. Her salacious account was eagerly taken up by the BBC here (at 2.35 minutes in) and all over their news webpages, given top profile here and here.

Yes, it sounds like it was a pretty stupid and insalubrious alcohol-fuelled event designed to encourage the worst behaviour in men and as though it was not very well managed, and that the girls were not best protected. But it was targeted by the media. We wonder how many of the other girls knew?

Before we all start denouncing the patriarchy it is worth noting that it was a woman, Caroline Dandridge, founder of Artista, a hostess agency, who was tasked with finding the women for the dinner. Furthermore, it is a free society and it is dangerous constantly to doubt the decisions made by young adult women as to what legal work they can and cannot do. We might not approve of it but that does not mean it should be banned.

If it is the case that the young women did not know of the role they were signing up for then legal action can be taken against the agency and the hotel, who may owe them both a duty of care and certain contractual obligations. In addition, if conduct crossed the threshold into criminality then the law should deal with any sexual harassment or assault which took place. Has any been reported? Was that question asked of the undercover reporter?

The double standards, as you point out, are glaring. So our challenge to the FT is to send a male undercover reporter to investigate the ‘Ladies’ Night’ industry to which you refer. Then they can invite men on to the various media platforms to judge the women’s louche or offensive or harassing behaviour. Or as far as women are concerned, does anything go?

In the meantime the last thing that needs any strengthening is the Equalities Act, which the chair of the appropriate parliamentary committee Maria Miller now threatens, saying this episode shows it needs ‘real teeth’. The mind boggles as to what the recommendations might be. Men in cuffs, perhaps, or chained to the desks should their male gaze ever stray?

This equality obsession, as Charles Moore once put it, is not just mad, bad and dangerous, it is inconsistent and hypocritical. It targets those it wants to target. That now seems to be any expression of the male sexual drive.

Is the latest freedom we have to defend men’s freedom to express themselves at all sexually? While women are allowed to parade at will, woe betide the man who then comments or looks.

Reprimanding men for bad and uncouth behaviour is one thing. But that doesn’t seem to be the goal, rather it seems to be the total submission of men to women. This is very bad news not just for our sons, but for our daughters too.