NewsPaperthe art of publishing
HomeNewsMen get silly at a party? Grow up and deal with it!
114

Men get silly at a party? Grow up and deal with it!

By Our Dorchester whistleblower 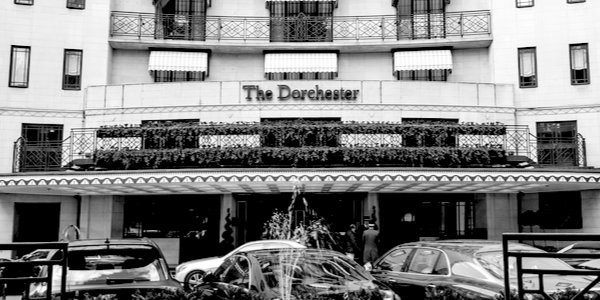 ‘Welcome to care, to refinement, to whatever your heart desires’, states the Dorchester Hotel’s website. Now, guests at the infamous Presidents Club charitable event can add ‘whiny petulance from spoilt little snowflakes’ to that list.

The latest splutter of outrage from the shouty-predictable millennial-feminist complex relates that hostesses at the event were subject to crass behaviour from the men. In fact, it got so bad that at one point – avert your eyes – a man tried to hold a girl’s hand.

Alleged journalist Madison Marriage said she was groped. Apart from her improbable name (I mean, which sensible man would settle down with a professional complainer?) we don’t know the specifics of what actually happened, or whom it was by. There were well-known business people at a small event, so for a reporter it would be an easy catch to name and shame.

Someone needs to tell Miss Marriage that this is known as ‘evidence’ and it is required when you make your ‘accusation’. Indeed, she may have signed a confidentiality agreement, but this has already been breached by squealing to the media. She states that ‘numerous other hostesses’ said the same thing had happened to them.

Sorry Ms Complainy, but this is no different from the goings-on at your average party. Except that, in this instance, the girls knew exactly what they were letting themselves in for. And got paid rather well, at £15 an hour plus £25 for the taxi home, which may be far more dangerous than mixing with charity donors. It sure beats working for a living. If the girls in question find it so objectionable, then perhaps they ought to 1) cover up and 2) find a career that is a bit more staid and sensible, no?

All this will do is make men in the workplace even less trusting of women. Already, their elevated sexual egoism knowing no bounds, wimmin are wheeling out the 2010 Equalities Act in a bid to criminalise men’s every utterance, gesture and (probably) existence. Judging by men’s comments on sites such as this, it’s not surprising that female job candidates will be viewed with fear and suspicion. It would only take one mendacious ‘accusation’ to bring down an individual, or worse, a company. The fact that several of the charity’s recipients handed back the money shows instant capitulation to this type of social aggression.

I spent over a decade working for the top hotels and predatory guests were an occasional toxic hazard. However, as a grown-up, not a pathetic grievance-monger, you learned how to deal with it. Sometimes with diplomacy and sometimes with more firmness. In fact, the men were just as likely to suffer unwanted advances – a male colleague was grabbed between the legs at a hotel where the fashion crowd hung out. No complaining, no running to the media and no self-righteous Tweeting.

What about actual violent crime against women?

Funnily enough, the incredibly vocal Labour MPs who are using the media like a foghorn are mysteriously silent about the fact that rape figures in London have increased by 18.3 per cent under Mayor Khan. We don’t hear much from them about the scandal of child rape in their northern constituencies, either.

Ironically, it’s Bruce Thornton a (male) writer from Frontpagemag.com who sums up the absurdity of the zeitgeist: ‘ . . . today we are faced with the spectacle of the richest, freest, healthiest, best educated, most independent, longest-living women in world history whining about inept passes, juvenile jokes, and bungling Lotharios’.