NewsPaperthe art of publishing
HomeNewsMen, if that term is still allowed, had better be quiet, behave...
134

Men, if that term is still allowed, had better be quiet, behave and do as they’re told 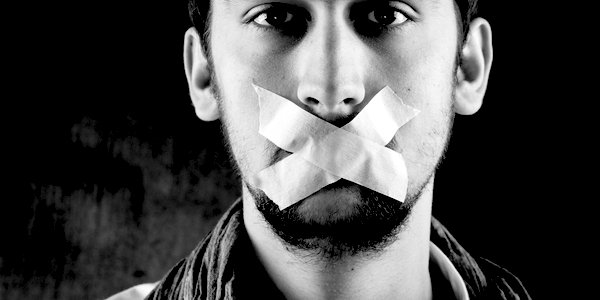 In May President Macron broke off from wrestling with Mrs Merkel over the future economic shape of Europe to deal with a more pressing matter: men wolf-whistling in the streets.

In future, Frenchmen caught puckering up or making comments such as ‘I bet you don’t get many of those to the pound’ or ‘cheer up love, it may never happen’ will be fined the equivalent of nearly a thousand pounds.

The law must ensure that ‘women are not afraid to be outside’, M Macron declared. His anxiety might be connected to the wave of young male migrants to Paris who frequently pester girls sunbathing in the parks, but that is not stated. It seems sexual constraints are mainly directed at whistling white men.

The law is going the same way here. Violent abuse of girls through FGM and by grooming gangs has gone unchecked for years but in 2015 a building firm in Worcester was investigated by the police after Poppy Smart, 23, complained about ‘lecherous’ men whistling at her in the street. Last year Nottinghamshire police tried to make cat-calls a crime. That was followed by the Met police announcing that they were speaking to other forces to assess whether it is worth cracking down on gender-based ‘hate crimes’.

Earlier this month, the National Police Chiefs’ Council told the Commons Women and Equalities Committee that they were busy deciding whether to take action on ‘sexism’ before it escalates into a crime, the assumption being that a wolf-whistle might lead to rape, although so far that has not happened.

Mark Hamilton, assistant chief constable of the Police Service of Northern Ireland, told MPs: ‘Issues such as street behaviour that people feel should be accepted as part of the interaction of daily life actually has a detrimental and damaging impact.’
In other words the public don’t think there is a problem, but they are wrong.

‘The debate in policing now is moving much more to identify those issues in the same way as we would other types of incident or crime,’ he said, ‘establishing if a crime has been committed or not. But even if a crime hasn’t been committed the debate now is similar to other hate crime incidents.’

‘Hate crime’ is a newly expanding legal category, or perhaps industry might be the word, including ‘misgendering’. A teacher was recently suspended for using the wrong pronoun to a child and another was dismissed.

Men, if that term is still allowed, had better be quiet, behave and do as they’re told. But it’s surprising to someone of my generation, growing up in the 70s, that none seems to be fighting back. I suspect that northern European men, now freely called ‘gammon heads’ by other ethnic groups, are now utterly confused about what is expected of them. Many have stopped caring out of exasperation.

In the West we are heading for a culture where there is no space left for white male masculinity even in its more frivolous forms such as whistling. In marriage many must see themselves as providing a useful service to women for a few years before the separation when they get fleeced in court.

Of course, many English men like a bossy Emily Thornberry nanny figure, but they’ve now got her running the show in schools and universities where the female preference for course work is wiping out the exactitude of exams; in the Anglican church, where clergy now talk to the laity as if they are five-year-olds; in medicine, where girls now make up 61 per cent of medical students but the profession is losing status; and in the law, where judges send men to prison for groping girls at parties fifty years ago.

Having men turn into self-hating wimps is not good for anyone, particularly not for women and their children. I was first aware that well-dressed Englishmen had lost their chivalry and their guts when I moved to South London thirty years ago. At night I had to get from Denmark Hill railway station to my flat through an area infested by muggers from Brixton and Peckham. Their victims were mainly women. Getting home involved ten minutes of anxiety. I longed for one of the young men in suits to offer to walk with me, but none of them did, just scurried away in the dark.

They lacked courage and good manners, male virtues which are now probably illegal. The distinctly male ‘protect and fight’ mechanism has been almost entirely discredited and extinguished from our culture. An offer to walk beside someone in the dark would be construed as intrusion, or worse, and a woman would now be expected to be highly suspicious of gallantry of that kind.

After at least two centuries of debate and legislation, and an increasing determination to make the two sexes increasingly alike – and at present to abolish the idea that there are two separate genders at all – men and women in our culture seem to be further apart in understanding each other than ever before. In place of legal and social inequality, a gap has opened up between them which is full of mistrust.

Recent acts of manly valour have all come from men from traditional cultures where they’ve never heard of sexual politics. We recently watched online as Mamoudou Gassama, an illegal migrant from Mali, scaled a tower block in a Paris suburb to save a child about to fall to his death. ‘Luckily, there was someone who was physically fit and who had the courage to go and get the child,’ a firefighter told a French news agency. We can’t call them firemen, although that is what they were. No French man or woman came forward to save the child. In 2015 a migrant from Tunisia rescued two children from a burning building near Paris.

Another example of male migrant valour happened exactly a year ago during the attack at Borough Market when three jihadists wielding enormous knives killed seven and injured fifty, many of them critically. At Café Brood, Albanian chefs pulled their kitchen knives on the terrorists who hesitated then fled. Others helped pull customers to safety.

It’s not easy to imagine any middle-class English or Frenchman doing anything like that. Who would you rather be with in a terrorist emergency – an Albanian chef or a decent English chap?

M Macron should realise that it is men rather than women who may soon need protection if they dare to go out. What they could do, if afraid of persecution and deeply uncertain if the role of heterosexual man has any meaning any more apart from as a threat and object of derision, is to join the winning side and self-identify as women. The government is currently consulting on bringing in more legislation to enshrine their rights if they do, and transgendered men, acceptable as a sex at last, have no need to worry.

Share
Facebook
Twitter
WhatsApp
Email
Previous articleThe religious fanatics will fade away. Oh, yeah?
Next articleMrs May – should she stay or should she go? You vote!