NewsPaperthe art of publishing
HomeNewsIt was men who won votes for women, not the Suffragettes
79

It was men who won votes for women, not the Suffragettes 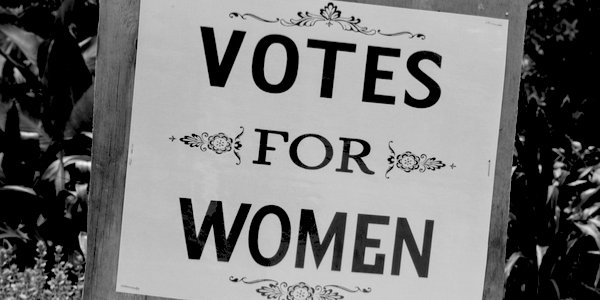 Today is the centenary of The Representation of the People Act, better known for its role in giving women the vote. In the run-up it has been used as yet another opportunity to remind us of women’s centuries of oppression, of the Suffragettes’ violent yet noble struggle and of their final achievement in getting the vote.

This is both a travesty of what actually happened and an incomplete picture. For what did happen amounted to so much more.

Disraeli, when introducing the Second Reform Act of 1867, had said: ‘We do not live – and I trust it will never be the fate of this country to live – under a democracy. The propositions which I am going to make tonight certainly have no tendency in that direction.’

I mention this because it shows how far we came in such a short time.

The Representation of the People Act was the culmination of centuries of struggle and sacrifice particularly by men, but also women, aimed at weakening oppressive inequalities and the role of property in determining a person’s worth. Only twenty years earlier universal suffrage had been unthinkable in a country where democracy was a dirty word.

The Act was achieved not by the suffragettes’ terrorist tactics, but by fighting and sacrifice of men in the First World War, when thousands of men from their many different backgrounds came together to fight the common enemy. This finally achieved what the Chartists, the Levellers and the peasants before them had struggled for in terms of eroding barriers of class.

George Cave, the Home Secretary at the time, introduced the Bill thus: ‘War by all classes of our countrymen has brought us nearer together, has opened men’s eyes, and removed misunderstandings on all sides. It has made it, I think, impossible that ever again . . . there should be a revival of the old class feeling which was responsible for so much, and, among other things, for the exclusion for a period, of so many of our population from the class of electors. I think I need say no more to justify this extension of the franchise.’

What this Act achieved in terms of gender equality simply would not have been possible without first eroding this entrenchment of class.

Where, then, does this leave the role of women?

The issue of female suffrage had long been on the political agenda and there was general acceptance that women ought to have the vote. It was brought up by Jeremy Bentham in 1817 when only 4 per cent of men had the vote. It was made an issue in 1867 by John Stuart Mill. And when, in 1884, 56 per cent of men were enfranchised there were several attempts to give women suffrage along the same lines.

In fact Mrs Pankhurst observed that in 1884, ‘We had actually a majority in favour of suffrage in the House of Commons’. Of a Bill introduced by Lord Haldane in 1890 she remarked, ‘It was a truly startling Bill, royally inclusive in its terms. It not only enfranchised all women, married or unmarried, of the householding classes, but made them eligible to all offices under the crown’.

What seemed far less attainable during this period was votes for working-class men.

In response to the formation of the People’s Suffragist Federation Millicent Fawcett had said: ‘I do not believe there is much genuine demand for universal suffrage. I certainly have not met with it when I have been about the country speaking . . . In any case our position is clear. We have nothing to do, and can have nothing to do, with a general alternation of the franchise as it affects men . . . Any change in the direction of adult manhood suffrage would make our task infinitely more difficult.’

Fortunately later Mrs Fawcett was to change her mind.

Not so Mrs Pankhurst. She, as Mrs Fawcett had been, was resistant to acquiring the vote for working class men, realising that this would be much tougher than winning the vote for ‘respectable’ women. Furthermore, underlying her resistance appears to have been her contempt for working-class men. According to Sean Lang in his book on Parliamentary reform: ‘The Pankhursts became stridently anti-male, ruthlessly dropping even the most loyal of their male supporters from the WSPU [Women’s Social and Political Union], and claiming, as Christabel did in her 1913 book The Great Scourge, that men were “little more than carriers of venereal disease”.’

Their contempt was not restricted to men. When Sylvia Pankhurst set up her East London Federation of suffragettes, which engaged in valuable social activity as well as more questionable militancy, she was ejected from the WSPU and all funding was withdrawn. Christabel Pankhurst, sister of Sylvia, reportedly told her that a working women’s movement was of no value, that working women were the weakest portion of their sex, that their lives were too hard and their education too meagre to equip them for the contest. ‘Surely it is a mistake to use the weakest for the struggle! We want picked women, the very strongest and most intelligent,’ she proclaimed.

Just to make sure that there was no ambiguity around the place of working class women, in 1907 the WSPU changed its stated aim from ‘Votes for women in the same terms as it may be granted to men’ to ‘tax-paying women are entitled to the parliamentary vote’.

Yet it was precisely the absence of working-class men from the franchise which made it so impossible to give women the vote. So, for example, despite overwhelming parliamentary support, no fewer than three conciliation bills between 1910 and 1912 fell at the last hurdle thanks to ruses which Prime Minister Herbert Asquith cooked up.

This was inevitable and the result of what Rick Bradford has termed The Big Snag. Limiting suffrage to respectable women would have been electoral suicide for both the Liberal and the Labour parties. In the words of Lloyd George, a limited female suffrage ‘spells disaster to Liberalism; and unless you take it in hand, and take it all at once, this catastrophe is inevitable’.

It is no wonder that while suffrage for women received overwhelming support in Parliament, the government found sneaky ways to avoid giving women the vote. This was the point at which, to borrow from Bradford, Emmeline Pankhurst ‘threw her dolly out of the pram’.

However fortunately the Suffragettes were merely a splinter group. While they enacted their violence, the Suffragists – the National Union of Women’s Suffrage Societies (NUWSS) – with 500 branches throughout the country and 100,000 members (ten times the size of the WSPU) were the main event.

Mrs Fawcett and the Suffragists understood why the Liberals were not giving women the vote and developed a cunning strategy to do something about it.

The Labour party had been sceptical about giving ‘respectable’ women the vote. But by coming round to Labour’s universalist position, and by making their extensive funds and resources available to the Labour party, the Suffragists won their co-operation. In 1913 the Labour party made female suffrage party policy.

The Suffragists provided significant support to the underfunded Labour party, giving them money to run more candidates, placing ground forces at their disposal to do the arduous and costly work of maintaining and adding to the electoral register (after all, working-class women didn’t have that sort of time), helping to mobilise working-class women and strengthening Labour’s hand in its negotiations with the Liberal party as to which seats it would contest in the next general election.

As one former MP wrote in a 1914 edition of The Englishwoman ‘[the suffragists] saying little that appears in the press, are in every direction reinforcing Labour and influencing the balancing vote on which depends the fate of governments’.

The coup came at the Speaker’s Conference in 1917. The Labour leader Arthur Henderson, who had been a key player in the Election Fighting Fund, and a persistent lobbyist for female suffrage, threatened to resign from the cabinet if women’s suffrage was not included in the electoral reform Bill being discussed.

And what of the Suffragettes? The best Mrs Pankhurst could come up with when trying to explain what their terrorism had achieved was ‘our campaign made women’s suffrage a matter of news – it had never been that before. Now the newspapers were full of us’.

This was not surprising. Their ‘Reign of Terror’ included hundreds of bombs left on trains, in theatres, post offices, churches and even the Bank of England, while arson attacks on timber yards, railway stations and private houses inflicted untold amounts of damage. It was only sheer luck that nobody was killed.

That the rather limited extent of their influence is so seldom acknowledged is largely due to a small group of former suffragettes who set about compiling a highly censored collection of their documents and memorabilia thus ensuring a ‘highly sanitised version of their own history’.

In fact their actions were disastrous for the cause of women’s suffrage and provided ammunition to their opponents, winning disapproval among supporters of the cause. Lloyd George said: ‘The action of the militants is ruinous. The feeling amongst the sympathisers of the cause in the House is one of panic. I am frankly not very hopeful of success if these tactics are persisted in.’

Fortunately Fawcett and Marshall were working in the wings to sort things out.

There is so much we can learn if we move our focus from the Suffragettes to the behind-the-scenes work of the Suffragists.

Firstly it is not violence and attention-grabbing that achieves constructive change, but persistence, patience and resolute hard work. Through this the suffragists were not only crucial in achieving votes for women but also had a central hand in building up the strength of the Labour party.

While the Pankhursts could not see beyond sex discrimination, the NUWSS recognised the political roots of the problem and developed a strategy accordingly.

By restricting their focus to gender, the Pankhursts and their party perpetuated class barriers just as feminists do today when they undermine the family and ignore the issue of male work. And it is because of this, the continuation of this Suffragette exclusion and contempt for men, that equality still eludes us. It was only when the Suffragists supported men that true liberation was achieved.

That is what we need again now.

I am indebted for this post to Rick Bradford, Centuries of Oppression: The Road to 1918 and Dawn Langan Teele, Ordinary Democratisation: The Electoral Strategy That Won British Women the Vote.