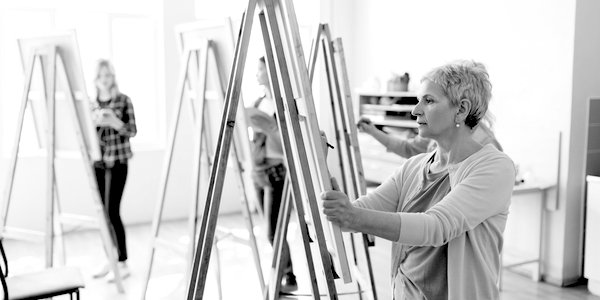 A FRIEND is in trouble after naïvely writing a piece for Oxford’s Merton College magazine containing the words: ‘Mertonians attended the college Gaudy, reviving the strong camaraderie and easy-going friendships we experienced in the long-ago days when Merton was still a men’s college.’

He was immediately reported for using ‘offensive language’. The college warned him that ‘those words would suggest that women weren’t welcome in Merton’, and that they were concerned for students with ‘mental health issues’.

That last accusation is a bit of a puzzle. I recently had the same charge dangled before me at a life drawing group. Someone complained that her 15-year-old son had seen a model through a door window. I said he needed extremely good vision as the model was seated in a low chair across the other side of a large hall. I knew she would make a fuss and we were duly instructed to cover all windows with paper, because ‘there might be people with mental health issues using the building’.

The term ‘mental health issues’ is very imprecise and seems like a red herring to me, designed to control or moderate us in some way; don’t write that, don’t draw like that, it’s not how we want it.

The best response to this cry of ‘mental health issues’, no doubt known as MHI, can be either bold: ‘We’ve all got them. When I get out of here, I’m like a raving lunatic,’ or the gentler: ‘If they are that dangerous, should they be roaming about?’

To avoid slipping on these smelly fish as the battalions of the politically correct strew them at your feet, you need the element of surprise, or just to be good at running. Recently challenged by a man for using a disabled loo, I pointed out the two valuable and essential notices, one over the sink, the other on the door: ‘Warning, hot water will burn’, and ‘Not every disability is visible’, suggesting something of the MHI variety.

‘I suffer from chronic Islamophobia,’ I told him, and dashed off. He followed in hot pursuit, despite his claim to be physically disabled, chasing me across the foyer of the Royal Academy, down the steps, out into the square, around the statue until I lost him by diving into the Society of Antiquaries. I am sure that in his outraged virtue he would have whacked me with one of his lightweight walking poles.

As I ran in, puffing, an old man gave me a look I remembered from when I used to go on Mensa holidays and Christian pilgrimages. It said: ‘We’ve all got a few issues here, but what does that matter when we’ve got so much else to compensate?’ A view I heartily endorse. Everyone does have ‘mental health issues’, and they are not all bad or uncreative, but better not get into that or any kind of nuance; these are dangerous times with so many people out there determined to keep us all from harm.

Share
Facebook
Twitter
WhatsApp
Email
Previous articleThe beauty of Boris is that he drives the Lefties doolally
Next articleThe Midweek Hymn: It is well with my soul