NewsPaperthe art of publishing
HomeNewsMerkel, migrants and the scandal the media thinks you don’t need to...
191

Merkel, migrants and the scandal the media thinks you don’t need to know about 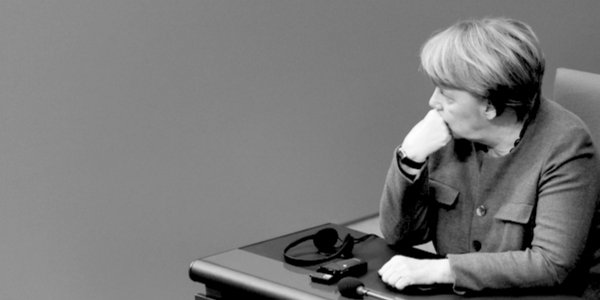 There is an enormous story brewing in Germany which has pushed Angela Merkel, described by Nigel Farage as the leader of the EU, to the brink of resignation – yet it has been ignored by the British media.

Of course, it stems directly from Chancellor Merkel’s open doors to migrants policies and the later promises she made to weed out the bogus asylum seekers who had no entitlement to leave their countries of origin and settle in Europe.

Firstly Die Welt interviewed Frau Merkel on her return from the G7 summit about the horrific murder of Susanna Feldman earlier this month. Susanna was a 14-year-old Jewish girl found raped and murdered near Wiesbaden. One suspect is a 20-year-old Iraqi asylum seeker who is believed to have made his way back to his home country. A 35-year-old Turkish man who was seeking asylum has also been arrested.

Merkel droned out the usual platitudes about lessons being learned etc, and that Jewish people living in Germany should not have to suffer like this again.

But an even bigger scandal has been brewing for weeks, unreported by the British media. It is alleged that officials at branches of the Federal Office for Migration and Refugees (BAMF) have taken bribes to allow bogus asylum seekers’ claims to be validated.

It is further alleged that Merkel has been aware of these suspicions for some considerable time and has done precious little to investigate whether there was any truth to them.

On Tuesday President Trump tweeted that Germans are ‘turning against their leadership’ over immigration. He added: ‘Big mistake made all over Europe in allowing millions of people in who have so strongly and violently changed their culture!’ The BBC and the Guardian did mention this, but as ever their reports were almost identical, missing out the immigration scandal completely. The general tenor was that the issue is caused almost completely by the great bugaboos of ‘racism’ and ‘xenophobia’. This is not the case at all.

The Washington Post carried a similarly biased article, but the one thing that it did admit is that Merkel’s support base is disappearing.

Horst Seehofer, the leader of her coalition partner, the CSU, has given her just two weeks to sort out the immigration problems of the country or he will implement the border controls Merkel is so opposed to without her consent – forcing a crisis which would almost certainly result in Merkel having to resign.

This has the potential to bring down not only Merkel herself, but her shaky coalition government. Even if she does survive, the confidence of German citizens in her has been further damaged by this scandal which she has failed to address in any meaningful way.

Then there is the issue of Merkel’s complete failure to recognise that her policies have done anything wrong for Germany or that the majority of Germans do not support them. What kind of person puts her head down and continues pushing on like a bulldozer without any doubt that she might be wrong until the very point of crisis when she agrees to changes, but still does not acknowledge that that the original policy was flawed?

And the question remains, why has the UK media failed to cover this story which could shake the EU to the core?

Share
Facebook
Twitter
WhatsApp
Email
Previous articleWe should be prepared to leave the EU with nothing
Next articleAs a rootless ‘Citizen of the World’, why I back Brexit