NewsPaperthe art of publishing
HomeNewsMeryl gets the Guardian’s goat
0

Meryl gets the Guardian’s goat 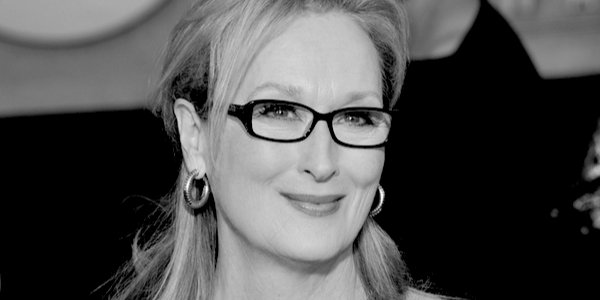 WHEREAS a stopped clock will be correct twice a day, two sensible statements by a Hollywood liberal can be a lifetime’s work.

Following the death in 2013 of Margaret Thatcher, the actress who two years earlier had portrayed The Iron Lady noted that Maggie’s ‘hard-nosed fiscal measures took a toll on the poor’ and deprecated Lady T’s ‘fervent ideals and ideas’ for being ‘wrongheaded or misguided’. Nonetheless, the rest of the response by Meryl Streep was more measured and complimentary than might have been expected from a Hollywood elitist: ‘To me she was a figure of awe for her personal strength and grit . . . to have withstood the special hatred and ridicule, unprecedented in my opinion, levelled in our time at a public figure who was not a mass murderer . . . I see that as evidence of some kind of greatness . . . To have given women and girls around the world reason to supplant fantasies of being princesses with a different dream: the real-life option of leading their nation; this was groundbreaking and admirable.

All of which was a much more fair-minded assessment than anything heard from the UK’s troupe of Leftie luvvies. Presenting an award a few months later, Ms Streep momentarily appeared to make another accurate observation, this time regarding the life-draining effect of listening to Emma Thompson, our very own Hampstead hypocrite who recently became the poster-girl for Extinction Rebellion. Sadly, the phrase ‘Emma makes you want to kill yourself’ was not in fact a public warning to avoid the tedious Thompson and her sanctimonious sermons; instead, it was the prelude to ‘because she’s a beautiful artist, she’s a writer, she’s a thinker, she’s a living, acting conscience’.

Pass the sick bag. Having hailed tiresome Thompson as ‘practically a saint’, it is not surprising that someone of Meryl’s mindset has taken until 2019 to make her second sensible statement. Taking part in a Q&A to promote the HBO show Big Little Lies, Streep opined: ‘We hurt our boys by calling something toxic masculinity. I don’t find [that] putting those two words together . . . because women can be pretty f*****g toxic. It’s toxic people. We have our good angles and we have our bad ones. I think the labels are less helpful than what we’re trying to get to, which is a communication, direct, between human beings. We’re all on the boat together. We’ve got to make it work.’

Uncontroversial, one might think, but not at the Guardian. Such opinion, particularly from a legendary liberal, is heresy – especially at a newspaper which, every seven days, has to fill a space titled The Week in Patriarchy. According to columnist Arwa Mahdawi, ‘Streep clearly has no idea what “toxic masculinity” means. I shouldn’t have to say this, it should be obvious, but “toxic masculinity” doesn’t mean that men are toxic or that masculinity is de facto toxic. Rather, it means that extreme forms of traits traditionally associated with masculinity, like aggression and stoicism, are toxic.’

From which one infers that Ms Mahdawi prefers men to be passive and emotionally incontinent. By obstinately adhering to the gender studies definition, of which she claims Meryl Streep is ignorant, Mahdawi does not acknowledge that ‘toxic masculinity’ is now indiscriminately bandied around as a pejorative tautology. Indeed, her article casually applies it to Clarence Thomas and Brett Kavanaugh,  the two US supreme court justices ‘who have been accused of sexual misconduct’. At the Guardian, unproven and uncorroborated allegations apparently constitute evidence of the pair’s ‘toxic masculinity’.

Mahdawi contradicts Meryl Streep thus: ‘We don’t “hurt our boys” by labelling certain behaviour “toxic masculinity”. We hurt our boys when we teach them that being a man means suppressing your emotions and treating women as an inferior species, to be dominated and controlled.’

Of course boys should not be brought up ‘treating women as an inferior species, to be dominated and controlled’: that is unarguable. Unfortunately, the Left generally confines its strictures to the Judeo-Christian West, in which such a medieval attitude is, mercifully, relatively rare; by contrast, the Left is strangely silent regarding religion and culture which propagates and perpetuates women and girls routinely being subjugated, covered-up and even mutilated.

Even though such abhorrent customs and practices have been imported close to home, don’t expect the Guardian to feature them in The Week in Patriarchy.