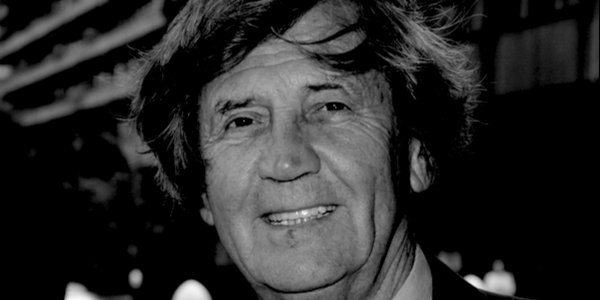 At a time when the supposedly Conservative prime minister seeks ruthlessly to subjugate the UK, and fewer than 48 MPs are prepared to halt her betrayal, we who voted to extract the country from the tentacles of the EU must grasp whatever comfort is available. And there is always gratification in being reminded how much the Leave vote annoyed metropolitan Lefties.

In a recent interview given to the parliamentary magazine The House, arch-luvvie Melvyn Bragg recalls being ‘knocked sideways’ by the result: ‘I was completely unprepared for it. I thought, oh Christ!’ Following that initial shock, the Labour peer’s considered reaction was the one we have come to expect from the great and the good: ‘How can we reverse that?’

Theresa May is of course now demonstrating how cynically to nullify a referendum result and, seemingly, get away with it. Nonetheless, the lofty Lord channelled his inner Danny Dyer to blame ‘contemptible’ David Cameron; Dave’s crime being to have permitted expression of Eurosceptic opinion, from across the political spectrum, for which there had been no parliamentary representation. According to Bragg, ‘pusillanimous’ Cameron (‘who the f*** does he think he is?’) ‘just gave in to his right wing’. Blimey, who knew that the Right of the Tory party had been 17.4million strong?

Bragg further complains that ‘dangerous people’ such as Boris Johnson and Nigel Farage were ever accorded airtime: ‘The BBC gave Farage the space . . . he seemed to be on the radio every day.’ For Melvyn, Brexit has now become a ‘cult, like the Moonies’, its believers caricatured as ‘squirearchal, hedge-funding, over-privileged people’.

So says Baron Bragg of Wigton.

The product of a modest upbringing in Cumbria, Bragg does correctly identify that such working-class areas had been ‘severely neglected by both parties over the last 30 years at least’. However, now he espouses the worldview of the snooty metropolitan: ‘The interesting thing is that the people in this country most comfortable with immigration were people in London, where there was most immigration.’

This circular reasoning no doubt will resonate in Melvyn Bragg’s gritty melting-pot of, er, Hampstead. By contrast, when canvassing for Labour in his native Cumbria The Lord Bragg ‘couldn’t believe they were worried about immigration . . . nearly ninety per cent of the people in Carlisle had been born in and around Carlisle . . . but “oh, this terrible threat of immigration!”’

It is true that Carlisle is one of England’s most homogeneous cities. No doubt Melvyn would much prefer his former stamping ground to replicate the ethnic enclaves and social segregation that, a little further south, characterise the former mill towns of Lancashire. For the attitudes he found in Carlisle, Bragg blames his own party for ‘failing to communicate the benefits of immigration’; but more likely, those contumacious Cumbrians had seen elsewhere the results of enforced multiculturalism and diversity and wished to opt out.

Not that Melvyn Bragg is bothered by the concerns of his former townsfolk, believing they voted Leave because ‘they were lied to’. Having first made the curious claim that ’forty-eight per cent is not a minority’, his Lordship haughtily argued that ‘minorities turn into majorities quite quickly, especially when they’re right . . . they were in this case’.

In 1993, Melvyn Bragg’s novel A Time to Dance won the Literary Review’s award for Bad Sex in Fiction.  So when, in the course of his interview, Melvyn declared he had a fantasy starring the prime minister, it thankfully was confined to politics, the scenario being Theresa May halting Brexit to ‘emerge better than Boudica’.