Michael Gove, appeaser-in-chief to the EU 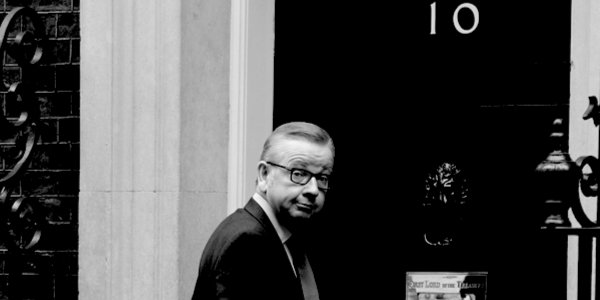 MICHAEL Gove has very generously agreed to the EU request to delay their ratification of the ‘deal’ hastily signed up to by Boris Johnson on December 31, extending the date by four months to April 30. Mr Gove, as shown in my last two posts on post-Brexit developments, remains most helpful to the EU.

As to agreeing this extension for four whole months, supposedly on the grounds of time for translation of the document, Mr Gove simply said yes. Cast our minds back to Salzburg and Mrs May’s utter humiliation on the world stage, looking confused and bewildered, asking for an extension. For that extension the UK had to pay billions: did Mr Gove demand a similar levy from the EU for their extension on their unlikely grounds? Of course not. Did he demand any changes to the vicious Irish Protocol currently tearing Northern Ireland apart and cutting it off from UK supplies? Obviously not. In fact the EU may be wanting this long delay to bully all of its members into accepting it.

And how much time did Messrs Gove and Johnson give the British Parliament to examine this dreadful deal? None. It was bounced through with no time to digest or criticise.

Mr Gove is the Minister for the Cabinet Office: he co-ordinates all the departments of state, and is still dealing with the EU over the Northern Irish split from the rest of the UK with his friend and colleague in the EU, Maros Sefcovic, who is not being nice and flexible as hoped, and is demanding that the UK obey his rules. Mr Gove has no answers but ‘yes, sir’.

This issue is now so febrile in the province that the Protestants are to mount a legal challenge to the Protocol in the light of EU intransigence and aggression. Mr Gove knew this would happen, as the Internal Market Act showed, but he cancelled that protection, so he is responsible directly for the current crisis. Lord Trimble, an architect of the Good Friday Agreement, is joining this legal action against the Protocol which was after all designed to chafe the Northern Irish Unionists and does not have their consent. Please note that Brandon Lewis, known for being a party enforcer and famously telling the world, unnecessarily, that the UK would break international law by passing the Internal Market Act, is quoted as opposing Lord Trimble, saying: ‘The Protocol is going nowhere’. For some inexplicable reason Lewis, another pro-EU remainer, is now Secretary of State for Northern Ireland.

We might note also that as the Protocol is blocking free passage of food from the UK to its own Province of Northern Ireland, the EU is sending to the UK, to Eire, and thence freely into NI, salmonella-infected chicken from Poland, so far killing five and causing widespread illness. Healthy chicken from the UK is blocked to NI. That is the grotesque situation into which our Cabinet Secretary has ‘co-ordinated’ the Northern Irish subjects of the Queen. While on the subject of chicken, let’s remember the fake science used by protectionist Defra to keep out USA chicken given a light spray of chlorine, less than in packed lettuces here, as somehow unhealthy. Polish chicken, Mr Eustice, or American? Your choice? Of course under the deal now the UK may not check EU chicken: it just flows in freely to our markets. Grotesque malfeasance, recklessness in fact, by our Cabinet ministers.

PM Johnson as usual is growling against the EU bullying, but the problem is he never bites and they know it. Just as he is grasping defeat from the jaws of Covid recovery, keeping lockdown going despite the excellent data, so he has twice done this as regards Brexit in 2019 and 2020, signing a last-minute bad deal instead of sticking to the advantages of WTO exit. He is now saying the UK won’t be bullied on fishing, but Barnier is pointing out that the EU can blackmail the UK by cutting off energy supply if the UK gets awkward and defends itself.

Barnier has ensured that such threats are baked into the deal. And the UK, far from ensuring energy independence over the last four years, has paid vast sums to be fed electricity which can be cut off under the deal.

Mr Gove, co-ordinator of policy, you have achieved a wonderful feat of appeasement here. Do we hear of the UK seeking independence in supply with the latest small nuclear pods, new technology? No. The UK continues with the dinosaur bonanza to the French Hinkley Point in Somerset and Sizewell in Suffolk. This is in the HS2 tradition of rewarding global corporations rather than looking after the interests of the UK consumer and taxpayer, who voted to cut free from the EU protection racket.

As reported last time, Lord Frost is taking over from Mr Gove in dealing with our communist friend and partner Maros Sefcovic. We can but hope he starts to repair the damage to our fractured nation and gets supplies flowing freely again to its own citizens, and works to a smart border with Eire, the easy answer to this confected crisis. Flows of goods between Eire and NI/UK are far less than those from the UK to NI. The current situation is wholly unnecessary given IT-based customs systems now common around the world.

Mr Gove is now tasked with saving the Union, which he put at hazard by betraying the Scottish fishermen so blatantly; why should they trust him again? Also on the ‘save the union’ panel along with the PM and Rishi Sunak is Brandon Lewis (the Homer Simpson of the Tory Party) with Carrie Symonds’s ally Henry Newman giving “No. 10 political steer“.  Good luck with that.