NewsPaperthe art of publishing
HomeNewsMight veggie dogs have a bone to pick with their owners?
0

Might veggie dogs have a bone to pick with their owners? 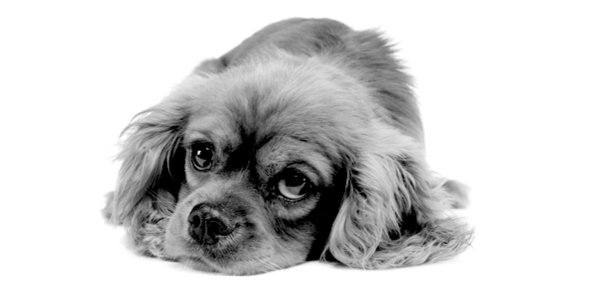 A DOG running away from a butcher’s shop with a string of sausages between its teeth used to be a classic canine comic image.

But these days, you might well see a hungry hound fleeing from a greengrocer’s with a bunch of carrots clamped in its jaws . . . because some of our four-legged friends are being given a taste of vegetarianism.

A survey by Mintel shows that 34 per cent of UK dog food buyers believe it’s good for their pets regularly to have a plant-based meal instead of a meat-based one, and 43 per cent believe it’s healthier to limit the amount of red meat in their dog’s dinner.

Although dogs are descended from wolves, experts still debate whether they should be considered carnivores or omnivores. After all, most dogs will eat almost anything. It seems that a wholly canine vegetarian diet – popular with many owners – does no harm and some reckon that, done properly, it’s better for a dog.

However, no one has asked the dogs how they feel about it. So let’s go over to the park, where Sam the spaniel and Henry the husky have been let off their leads and have bumped into each other while sniffing round a tree.

‘I know. My owners have put me on a vegetarian diet.’

– ‘Vegetarian! You mean no steak and stuff? No raw liver? No pig’s ears for chewing?’

‘That’s right. They reckon too much red meat is bad for me. I must admit though, I look better for slimming down a bit. I’m getting admiring glances from all the ladies – look at that pouting pomaded poodle over there, giving me the eye.’

– ‘Oh, you know, the usual dog stuff – barking annoyingly, peeing on the neighbours’ lawns, rolling in fox poo, chasing cats, embarrassing my owners by breaking wind when they have company, making big, soulful eyes at them when I’ve been a naughty boy.

‘Mainly, though, I’ve been eating everything I can get my paws on, especially red meat. None of your Quorn or quinoa for me. I reckon my appetite’s hereditary. One of my timber wolf ancestors used to eat an elk a day.’

‘That’s good to hear. But things are different for me since my owners went all veggie, woke and eco-aware. There’s not a lot of fox poo-rolling or cat-chasing.

‘They use my poo as fertiliser on their organic allotment and they’ve knitted two cardigans from the hairs I shed. They even put me on a treadmill for five minutes a day to generate electricity for their tofu blender.

‘They reckon you need plant-based meals for fibre and roughage. Do you get any roughage, Sam?’

– ‘Well I ate a hedgehog by mistake the other day. That was pretty rough when it worked its way through, I can tell you. So what’s for lunch at your place today?’

‘Broccoli bake with kale and chickpeas. What’ll you be having?’

–  ‘My owner’s just bought me a catering pack of lamb chops. But I’m a bit peckish now. And I’ve just noticed there’s a family over there setting up a portable barbecue and they’ve put some steaks to one side. Boy, they look tasty. Fancy one?’

‘Er, I dunno about that, Sam. I mean, I’m a veggie dog these days. What would I want with a big lump of tender, tasty meat, dripping with delicious juices?’

‘Right, I’ll bark to distract them while you grab the steaks . . . that broccoli bake can wait!’