NewsPaperthe art of publishing
HomeNewsMigrants and the suicide of Sweden
0

Migrants and the suicide of Sweden 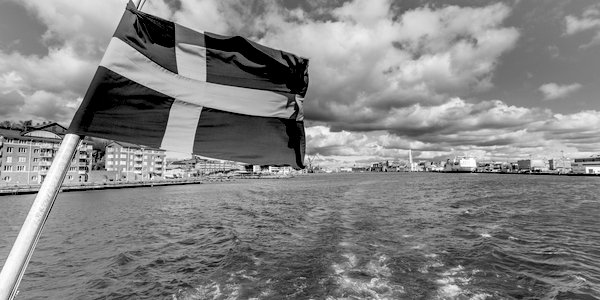 DISRUPTIVE neighbours cause real distress as they generously share their problems with all surrounding them. As with streets, so with nations. Greece has a delinquent neighbour, Turkey, which wishes to share its problems with all of Europe.

Europe has no need to look to Asia for problem neighbours: we have enough of the home-grown variety. The Scandinavian countries are increasingly looking on Sweden as the delinquent in their neighbourhood, as reported by Bruce Bawer for the Gatestone Institute last November.

About two years ago, Sylvi Listhaug, Norway’s then Minister of Immigration and Integration, used the term ‘svenske tilstander’ (‘Swedish conditions’) after visiting some of Sweden’s Muslim enclaves.

‘Swedish conditions’ once meant pickled herring, Volvos, and watching Donald Duck on Christmas Eve. Today it means indiscriminatingly welcoming a multitude of immigrants from a totally different culture into your country, settling them in mono-cultural, autocratic ghettoes which transform into no-go zones swarming with feral youths, allowing them to collect welfare benefits instead of learning the local language and finding jobs, and punishing even their most brutal crimes with derisory sentences which disgust the native population.

The reaction to Sylvi Listhaug was predictable: from both sides of the border politicians and journalists were enraged. The elites insisted that unassimilated immigrants from the Middle East with a Muslim culture have ‘enriched’ Sweden. The uncomfortable reality the elites choose to ignore is that Sweden is being reshaped.

The drastic consequences of immigration are evident. In the 1970s, Sweden was the fourth-richest country in the world per capita and citizens still tended to see the nation as a caring integrated large family, as folkhemmet or ‘the people’s home’ where everyone would take care of everyone else.

Since then conditions have deteriorated dramatically. The famed Swedish welfare model is facing ever-increasing strains. Everything from child care to elder care is being deprived of funds which are instead being used to house and support immigrants. In the meantime crime rises.

In January 2017, Minister of Justice Morgan Johansson flatly refused to publish statistics concerning the ethnic origins of criminals in Sweden. Johansson, who also served as Minister for Migration and Asylum Policy, was not alone in his views. When Swedish Television asked the political parties in the Swedish parliament, the majority said they did not think such a statistic was needed.

However Det Goda Samhället (The Good Society), a private foundation which acts as a think tank in Sweden, published a lengthy report concluding: ‘In the more than thirty years that the surveys cover, one tendency is clearer than all others, namely that the proportion of the total amount of crimes committed by persons with a foreign background is steadily increasing . . . During the first of the investigated periods, 1985-1989, persons with a foreign background accounted for 31 per cent of all crimes. During the period 2013-2017, the figure had risen to 58 per cent. Thus, people of Swedish origin now account for less than half, 42 per cent, of the total crime in Sweden.’

Culturally Sweden has changed. You do not see integration or assimilation, but segregation. A significant group of people do not identify with the country of which they are citizens. And the Swedish elite support them in their alienation from the rest of society.

Earlier this year Iran’s female chess master, Mitra Hejazipour, removed her hijab during a chess tournament in Moscow and was promptly expelled from the national team. Hejazipour said, ‘The hijab is a clear symbol of an ideology in which women are the second sex.’

While women in Iran protested against the enforced hijab, women in Sweden, led by ‘the first feminist government in the world’, were supporting the garment. In January, readers of the Swedish edition of Elle magazine chose Imane Asry, a hijab-wearing social media influencer, as winner of its ‘Look of the Year’ competition.

The other Scandinavian countries experience these problems, but none to the same extent as Sweden. At the turn of last century Sweden was one of Europe’s most homogeneous societies; today it has the second-highest proportion of Muslims in Europe. France leads with 8.8 per cent of the population being Muslim, Sweden comes a close second with 8.1 per cent. As a consequence Sweden now has Europe’s highest rate of population growth, and the new babies are not all called Ludvig or Freja.

In her recent book Sweden’s Dark Soul: The Unravelling of a Utopia, Swedish journalist Kajsa Norman describes the results of an out-of-touch Swedish elite. Writing about the refusal of police and mainstream journalists to confront mass sexual assaults by immigrant youths at a summer festival for teenagers, Norman concludes that among those with influence ‘sympathy for the refugees trumps sympathy for the girls’.

Norwegians, sharing a thousand-mile border, fear the spread of Sweden’s social chaos, poverty and crime. ‘Sweden,’ concluded the Oslo-based Human Rights Service, ‘is a threat to Norway.’ It continued, ‘Sweden today has 800,000 Muslims, and 2,000 of these are on the intelligence list of terrorist perpetrators. By 2050, Sweden may have a Muslim population of as much as 30 per cent, or 4.5million Muslims. How will Norway be able to handle its own emergency preparedness with such a neighbour?’

It is not just Norwegians who are concerned. The Øresund Bridge between Copenhagen and the notoriously immigrant-heavy, crime-ridden Swedish city of Malmö connects Denmark and Sweden. As both are EU members, there were no border checks – until November 12, 2019, when Denmark instituted border controls on the bridge and on ferries arriving from Sweden.

The elites in both Norway and Denmark tend, however, even now, to express admiration for Sweden’s immigration and integration policies, which they regard as models of multiculturalism at its noblest. Audun Lysbakken, the head of Norway’s Socialist Left Party, has praised Sweden as ‘a light in Europe’ for pursuing its culturally suicidal immigration policies.

This year Sweden actually decided to increase the rate of immigration through so-called ‘family reunification’.

It is a perfect example of the nearly pathological denial of reality characterising official Swedish thinking about immigration and integration.