NewsPaperthe art of publishing
HomeNewsMillions murdered by their own countrymen. This, you Goldsmiths dolts, is what...
0

Millions murdered by their own countrymen. This, you Goldsmiths dolts, is what Communism was about 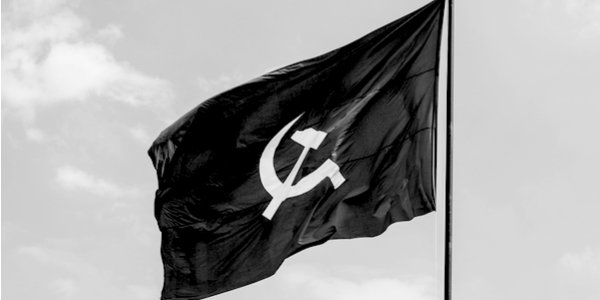 Anything casting doubt on the enormity of the crimes of the Soviet regime against its own population in the 20th century is vile. Yet comments have emerged from Goldsmiths, University of London, LGTBQ group which seem to make light of the awful suffering of millions of victims of the Soviet labour camp system, the Gulag. Rightly, this has brought them strong criticism from many.

Minimising Soviet crimes is as repugnant as minimising Nazi crimes. When the corpses of the innocent are heaped up in uncountable piles, the party badges that their murderers wore make little difference. But do the opinions of a few student activists matter? Perhaps the students at Goldsmiths are uninformed rather than evil. In fact, I’m sure they are. After all, they are products of an educational system which barely notices the horror of the Gulag or the atrocities that surrounded it. Many young people seem simply not to know.

But the memory of Communism’s victims deserves our respect and protection, and ignorance has consequences.

Pupils might just be taught that Russia had a revolution in 1917, accompanied by violence and civil war, but I doubt if they learn much more than that. Certainly not that terror and tyranny are woven deeply into Communism’s fabric.

The true nature of Soviet Communism is not something you will often see examined on the BBC or in many university or college history syllabuses.

Even young people with some historical knowledge are likely to believe that Communism was something well-intentioned that ‘went wrong’. Of course, it was never well-intentioned. Clear-sighted thinkers, Dostoevsky perhaps the best example, understood from the start that Russia’s nascent revolutionary movement, long before its crystallisation as Lenin’s Bolsheviks, wasn’t struggling for liberty but to achieve its own power. Later, Orwell and other writers such as the important but nearly forgotten James Burnham or Arthur Koestler demonstrated that dictatorships were not established to safeguard revolutions – revolutions were held to establish dictatorships. Tyranny was not the means, it was the end to be aimed for.

And you can’t blame the atrocities, as many have tried to, just on Stalin and his immediate henchmen. Stalin gave Bolshevism his own special twist but Lenin, Trotsky and the rest of the gang were monsters too.

It was Lenin, not Hitler, who gave us the first concentration camps in Europe. Read Solzhenitsyn if you doubt this. Lenin beat Hitler again by being the first to turn murder into an industrial process. Go to YouTube and watch Aleksandr Rogozhkin’s stunning film The Chekist, which shows the Bolshevik development of a production-line technique for mass killing and disposal of the corpses.

Of course it’s fiction, but do your reading and you will see how chillingly accurate the film is.

And this is just the beginning of a terrible list of crimes. Millions upon millions dead. Tens of millions more who spent their lives in grim misery.

But how many young people know anything about these events which happened so recently and shaped our world? So much of modern history and politics is simply meaningless if you don’t understand the enormity of the disaster that was Communism. Yet I suspect very few actually do. So although the authorities at Goldsmiths thankfully acted quickly to limit the damage in this instance, we should still worry about the ignorance among our allegedly educated young people.

It is far from original to write about this ignorance, or the moral weakness of the long and disgraceful list of people who have, despite living in free societies, either apologised for or compromised with Communism. But we must keep repeating ourselves until perhaps one day the truth is commonly understood.