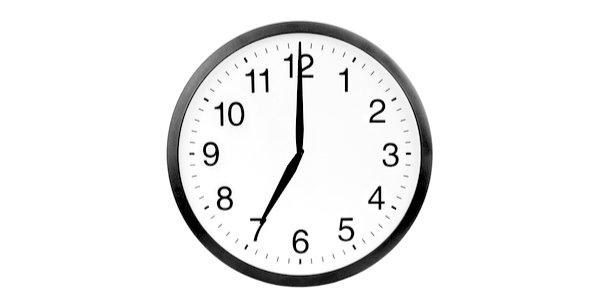 I ONCE knew a young lady who could never be on time for anything. She would be chronically late for work, hours late, not just minutes. Sometimes a day late. She could never manage to catch a train. I called once with a friend to take her on a day trip to Woburn Abbey. She answered the door in her dressing gown. How we all laughed.

Why was she inhibited in this way? Luckily for her we drifted apart before I could put on my white coat; but a few years later I met a young man who was obsessed with being punctual. He seemed to be afflicted with the opposite of what the young lady was suffering from: he couldn’t bear to be kept waiting.

And then the penny dropped. Both had an aversion to anything that resembled coercion. If you intend to catch a train, the departure time is a type of coercion. You must be there, and if you don’t like it (I always think of the station scene in Billy Liar with the milk machine) you will contrive to miss it.

Similarly, the young man could not tolerate being coerced to wait. He would leave a rendezvous promptly at the arranged time, whether or not his colleagues had turned up. This he put down to discipline and efficiency, but there was far more to it than that, as I discovered one evening when I demonstrated a ‘trust’ exercise with a group which included him.

Everyone knows the trust exercise. You stand with your back to a ‘catcher’ and allow yourself to fall backwards. The catcher catches you. People with low levels of trust find this exercise difficult and some find it impossible, as did the young man. Not only did he refuse to be caught by anyone, he also refused to catch anyone else, to which I can attest because he let me hit the floor. It was carpeted, so my back injuries were only slight.

When I got to know him a little better, I discovered that he had an enormously inflated ego. He regarded himself as a paragon of independence and autonomy. His stubbornness and bloody-mindedness were to be lauded. No one was going to push him around or tell him what to do. He had turned a compulsion into a virtue.

It is not a crime to lack insight. Most people simply get on with their lives and don’t give a moment’s thought to underlying trends or unconscious forces. But some people do become curious when recurrent patterns emerge. Why have they never been promoted at work? Why do friendships never last very long?

In my opinion, repeated setbacks are trying to tell us something. The message often falls on deaf ears. The more persistent and destructive the pattern, the more self-examination is out of the question. Nevertheless, curiosity will sometimes get the better of a person. He is struck by the regularity and uniformity of certain impulses and outcomes. Why is it that he is mean and cannot bear to spend money? Why does he find friends so difficult to keep?

This is a time when a little learning becomes a dangerous thing. ‘I am not mean,’ he concludes. ‘I am not terrified of poverty (like my mother was). I am frugal, prudent, thrifty.’ Thus he turns his compulsive abstinence and parsimony into a virtue. He becomes proud, and welcomes that which his unconscious processes urge upon him.

Of course, it is the compulsive aspect of his behaviour which causes his difficulties in life. He cannot bear to spend money because he convinces himself that being thrifty is not only essential, it is noble. Those who spend freely and generously are profligate and bad. He may be a tad mean but, by thunder, he is virtuous. And if people don’t like going out with him because he never stands a round, or chips in with the bill, they can go to hell.

Thus he becomes friendless, which in its turn has to be justified. He is not a miserable, parsimonious, old git who sees nothing of value in other people, and from whom everyone runs a mile. He has ‘high standards’ and is ‘careful with his money’.

If you ever have the opportunity to study someone in the grip of unconscious justification, it can be funny, fascinating and infuriating all in one go. What is astonishing is the capacity of the individual not to step back and see the absurdity of his ‘virtues’ and the harm they cause. What the observer will also wonder about is the function these virtues actually serve. Perhaps they prevent the need to confront something painful and frightening.