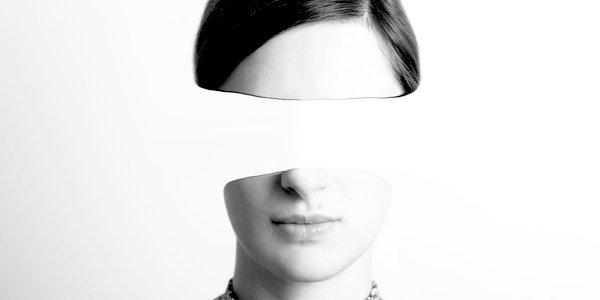 In 1996 John O’Sullivan wrote a prescient essay on the emergence of a new and ever-malleable concept of identity challenging the much older religious and social concept of identity built on such ideas as conscience and the soul. The conflict of these two theories was, he said, literally of human proportions. And so it has continued to be, to the point that it is held to be morally wrong to assert that someone who is a man biologically but a woman by choice and surgery is not genuinely female. This updated essay, first published in Quadrant, examines the revival of ‘old’ collective identities of nation and religion across Europe in this context.

About twenty years ago I got very interested in that question, then just beginning to be a political one. It seemed to me that all these different identity disputes offered roughly the same choice: do we think that identity is something that we get handed down to us by our parents, society, sex, class, nation, race, and then take for granted as we grow up? Or is it something we think about and choose voluntarily? It was clear then that a ‘postmodern’ (though it has been in the air for two hundred years) concept of identity was advancing in psychology, the neuro-sciences, the media, the theatre, film, the world of culture generally, and above all in the universities, among the intelligentsia and the young. This was the theory that the self is almost infinitely malleable and that we may choose our identity (or identities) rather than simply receiving them from either our genes or society or wider environment. Its spiritual godfather was David Hume, who wrote:

The mind is a kind of theatre, where several perceptions successively make their appearance; pass, re-pass, glide away, and mingle in an infinite variety of postures and situations. There is properly no simplicity in it at one time, nor identity in different; whatever natural propension we may have to imagine that simplicity and identity.

All that sounded highly theoretical when I wrote about it first twenty years ago. I doubt that Hume or Pirandello would have imagined young intellectuals taking their theories to the extent of believing that their sexual identity, indeed their biological identity, was entirely a matter of their own arbitrary choice. (Tom Wolfe is a different matter – he might well have imagined just that.) Yet that is the situation we see today in some of the best universities in America or the world. Moreover, the choice of the identity-bearer, however seemingly arbitrary, is then enforced on his fellows by college administrations that insist we all address him or her by whatever neologism he or she has invented to express their new identities. (This also plays hell with traditional rules of grammar.)

As Richard Neuhaus observed in a different context, ‘Once orthodoxy is optional, it sooner or later becomes prohibited’. Professors who resist this new fashion in elective identities and continue to refer to students as ‘him’ or ‘her’ (and related atrocities) are threatened with serious penalties, including the loss of their positions. This must be especially tricky for anyone of precise judgment because the rules governing the protection of new identities keep changing and are anyway beset with contradictions.

For instance, it is held to be morally wrong to assert that someone who is a man biologically but a woman by choice and surgery is not genuinely female. At the same time as sexual identity was becoming a voluntary matter, however, sexual orientation was being decreed to be a hard-and-fast certainty that brooks no alteration. Again, it is a secular sin to argue that someone who is gay might be able to change his sexual orientation to heterosexual by either religious commitment or psychiatric treatment. Indeed, so-called ‘reparative therapy’ which promises to do just that is now outlawed in some jurisdictions – generally the same jurisdictions that encourage and even finance sex-change operations. Desire is fixed, it seems, but not the object of desire. And Harvey Fierstein’s defiant hymn to a gay identity, ‘I Am What I Am’, must be replaced by ‘I’m Not What I Was’.

Today we see the same impulse to replace nationhood with something else in the ‘Europeanism’ of the European Union, in multiculturalism, in globalisation and global governance, and even in jihadism (which, viewed from a certain standpoint, is Islam’s umma transformed into a new post-national global identity). These new post-national identities were even seen as ‘inevitable’ since according to German professors, nations and nationalisms were withering away and would need replacement institutions.

Recent elections have shown, however, that ethnic, national and religious identities have revived in Europe and the US even though the intellectual consensus was that such identities were at best nostalgia and at worse fascism of one kind or another. Brexit, the support for Trump’s ‘America First’ among ‘the white working class’ in America, the rise of what is called ‘populism’ in much of Europe, most significantly the surge of anti-immigration sentiment in countries such as Germany and Sweden (which had been strongholds of the new intellectual post-nationalism), illustrate the stubborn persistence of traditional identities.

This strengthening of national identity is not a simple thing, however, because a nation is not a simple thing. There are at least three kinds of nation and nationalism: (1) Ethnic nationalism, which sees the nation as an extended family. (2) Cultural nationalism (also known as civic nationalism) in which the nation can be composed of several ethnicities held together by a common culture. The UK is such a nation, and so is the US – even though Americans think they are the third of kind of nation. (3) An ideological nation held together by a self-conscious set of political principles: the Soviet Union, Yugoslavia, the European Union, the multicultural post-Australian Australia dear to the Left.

Cultural nationalism has the most staying power in the modern world. Unless is it clearly separated by geography from its neighbours, an ethnic nation finds it hard to sustain its distinct character in a world of travel, migration, cultural exchange, liberal political ideas and sentiments, globalisation and international rules on human rights. Ethnic nationalism gradually becomes civic nationalism, widens its notion of the national community to admit minorities fully, and becomes by degrees a nation united by a common culture rather than ethnicity. Ideological nationalism, on the other hand, fractures when its citizens reject or dislike the political ideas it is supposed to exhibit. Hence the fragility of the USSR and the serious tensions that exist within the European Union.

Cultural nations, on the other hand, are able to unite people on a pre-political basis so that their political differences are softened and accommodated within a broad culture. Orwell makes the point that the ‘fairness’ rooted in the English identity encompassed even the professed enemies of society. A Marxist professor of law, for instance, criticising some new proposal for legislation, would forget what he was supposed to believe and write to the Times denouncing the measure as a violation of the highest standards of Britain’s proud tradition of freedom. Cultural identities influence even those who reject some of the nation’s core ideas.

As communications improve and cultures mix, we can expect these cultural differences to shrink but never to disappear. And if they are ignored or suppressed, as the advocates of new post-national identities advocate – promising great leaps forward into a Brave New World of consciously chosen identities – massive problems will follow in their train. Obvious examples of this are the attempts to create New Soviet Man, Aryan Man, Maoist Man, and (more respectably) Kemalist Man in a Turkey which is returning by degrees to its pre-Kemalist identity. Kemalism was an ideological definition of Turkey that did not reflect its social reality and so its genuine identity. It didn’t ‘take’. Brexit has shown that another identity didn’t take either – at least not for the majority of Brits.

Will the identities of those who choose to take the far harder step of adopting a sexual identity contrary to their biological one survive better? It’s hard to be optimistic. Those who take this step have a high rate of suicide. They find that their transformation into women – 90 per cent of such operations are from male to female – is less persuasive to themselves and others as they age. And all their other problems remain. It’s not something we should permit a child or adolescent to undergo until they are of an age and maturity to understand what they are choosing. A mistaken identity is harder to bear when you’ve chosen it yourself.