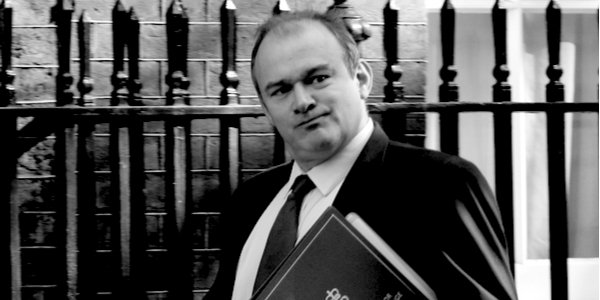 HE is the legitimate leader of the democratically elected governing party, but the histrionic #NotMyPrimeMinister crowd continues to react as if Boris Johnson and the new Cabinet have staged an armed coup. For the avoidance of doubt, therefore, TCW’s Ollie Wright was not being literal when recently he urged Priti Patel to ‘stick to her guns’.

Ollie had applauded the new home secretary for her stated aim that ‘offenders should be fearful of committing any criminal activities on our streets . . . I want them to literally feel terror at the thought of committing offences’. Such unsympathetic language is of course anathema to the Left. For Labour, Shadow Home Secretary Diane Abbott – no, I still can’t believe it either – scorns ‘tough rhetoric’ and frets that taking a hard line is ‘to risk alienating [communities] with draconian powers’. Ed Davey, spokesman for the Liberal Democrats, is even wetter: he derides Priti Patel’s uncompromising approach as ‘out of touch’ because ‘young people say they carry knives because they are afraid of other young people in gangs’, therefore police must not ‘add to their fears’.

However, do not let that faint-heartedness fool you into thinking that Davey is soft on crime: on the contrary, Ed desperately wants to punish perpetrators of ‘violent assault and criminal incident’. Or at least he does if the alleged felon is a ‘penguin-suited Tory Minister behaving in a violent way towards a female Greenpeace activist [whose] only crime was to draw peaceful attention to the climate change catastrophe that this basket case government is shamefully ignoring’.

.@MarkFieldUK needs to resign from govt. No ifs, no buts about this.

The sight of some penguin suited Tory minister behaving in a violent way towards a female Greenpeace activist absolutely stinks. Shame on you.

Her only crime was to try to draw peaceful attention to the #ClimateChange catastrophe that this basket case government is shamefully ignoring.

Clearly there needs to be a police investigation to see whether, in the case of @MarkFieldUK, criminal assault has taken place.

To curb violence on the streets of London and elsewhere, Davey’s answer is a ‘public health approach’ – that trite term widely used by a variety of politicians and which has various interpretations. The Liberal Democrats’ remedy for knife crime involves fewer school exclusions – those having their education ruined by disruptive pupils can go hang – greater expenditure on youth services and more police, but of the pussyfooting variety.

In short, the LibDems predictably favour a much lighter touch than the clampdown on violent crime proposed by Priti Patel. Yet in his upside-down world, the otherwise lenient Ed Davey demanded zero-tolerance for a Conservative who, at the annual Mansion House speech given by the Chancellor of the Exchequer, blocked and ejected an interloper striding purposefully towards the top table and whose intentions were unknown. In fact, so keen was he to criminalise Mark Field that Davey even tweeted for Cressida Dick, Commissioner of the Metropolitan Police, directly to investigate and prosecute the MP, who seemingly had aggravated his offence by Being Tory.

Clearly violent assault and criminal incident. Cons love saying they have zero tolerance for crime so am sure they’ll welcome violent criminal being taken off our streets.

Not only did Ed Davey fail to realise that any investigation of the incident at Mansion House would be by the local City of London Police, not the Met, the Liberal Democrats’ spokesman on home affairs seemingly was unaware that criminal prosecutions are brought not by the police but by the Crown Prosecution Service.

His failure to pick up on the very large clue in the name of the CPS did not, unfortunately, embarrass Ed Davey into being silent on the matter. Janet Barker, the ejected Greenpeace activist, wisely decided not to shine further light on her trespassing and declined to complain; City of London Police found Field’s response to have been proportionate and announced ‘no further action’; and in late July the Cabinet Office inquiry concluded that that Field, suspended by timorous Theresa because she found the footage of the incident to be ‘very concerning’, had no case to answer and closed its investigation. By then, Boris had in any case replaced Mark Field but removing him from ministerial office was not nearly enough for Ed Davey: allowing Field to retain the party whip and remain an MP apparently provides further reason why ‘#ConmanJohnson is #UnfitForOffice’.

As #Johnson personally intervenes to scrap investigation into Mark Field, here’s a reminder what #NotMyPM feels is the type of behaviour of an MP that doesn’t need sanction. Sets tone for what else we should now expect.#ConmanJohnson is #UnfitForOfficehttps://t.co/2VCfeR87R5

Much more of this derangement will be heard next month in Bournemouth, at the autumn conference of the Illiberal Anti-Democrats. Expect Jo, Vince, Chuka and the rest of the Retinue for Remain once again daringly to declare ‘Bollocks to Brexit!’

On Monday September 16, the afternoon highlight will be a set-piece speech by Rt Hon Sir Edward Davey MP who, from his defence of the Greenpeace activist, ardently believes in protesters who ‘draw peaceful attention to their cause’ being allowed to intrude unhindered, and that gatecrashers ought not to be prevented from publicising their political complaint. This being the case, should any pro-Brexit demonstrators be planning an incursion, no doubt Mister Ed will happily share his timeslot.