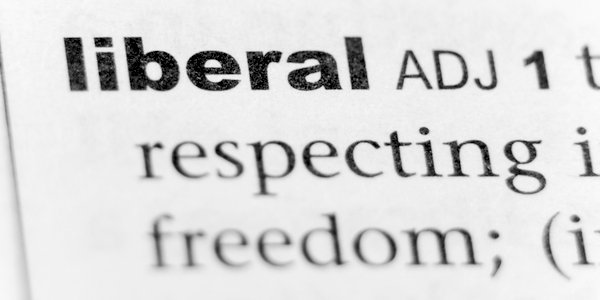 THE Covid State, apart from its destruction of lives, societies and economies, has caused a rethink of our explanations of political life.

What we assumed to be the basis of liberal democratic polities, the social contract, if you will, has been rendered obsolete.

Forty-odd years ago, longer than I care to remember, I wrote a political science thesis on Robert Nozick, Friedrich Hayek and the State.

Hayek and Nozick were classical liberals, and concerned to promote and defend the liberal, minimal State. Nozick was a Harvard philosophy professor. Hayek was the doyen of Austrian economists. They had little in common except for their love of individual freedom. Today we would call them libertarians.  What would they make of the State in 2022?

My remaining faith in them would suggest they would be appalled.

Nozick wrote his most famous book (in 1974), Anarchy, State and Utopia, as a rejoinder to his Leftie Harvard colleague (and friend), the even more famous philosopher, John Rawls, who had written a Left-liberal classic, ostentatiously titled A Theory of Justice.

Nozick’s rejoinder was, pretty much, a book-length hit piece. Arguably, Nozick was more a philosophical dilettante than a committed libertarian, as some of his later writings confirmed. He just wanted to ‘prove’ that Rawls’s defence of social democracy was baseless. It was an intellectual exercise. A challenge.

Hayek was an economist and a philosophical liberal appalled by the coming of the overweening State. Perhaps his most famous work was The Road to Serfdom, published during the Nazi atrocities and wars but seeing an equal danger to freedom in the coming of the interventionist Western State.

There are lessons for us today.

Nozick envisioned a minimalist State, in which individuals, families (of all stripes) and communities would be free to pursue their own visions and preferences free from autocratic State power. He called this ‘utopia’.

Hayek focused on the way in which State power can grow surreptitiously, without anyone noticing, even in liberal democracies, and potentially crushing the lives of individuals.

Today we face a crisis of epic proportions.

The Covid State, under the cover of liberal democracy and representative government, has suddenly, in two short years, assumed totalitarian control of our lives. From the curfews, to the police brutality, to the vaccine passports, to the enforced unemployment, to the lockdowns, to the bans on travel, to the public health rules, to the border closures. An Orwellian outcome to which we have supinely submitted, like rabbits in the headlights.

The image of the slowly boiling frog is appropriate, neatly conforming to Hayek’s underlying theme in The Road to Serfdom.

Nozick’s theory of ‘utopian’ self-governing communities living under the benign direction of a minimalist State has resonance today. Increasingly, individuals and groups now harassed by a far-from-liberal State are seeking an escape route.

Several solutions have emerged. One, pre-Covid, was the notion of the ‘Benedict Option’ proposed by the American conservative Rod Dreher.

Dreher was concerned with the fate of Christians in a post-Christian world. He suggested, along the lines of St Benedict, that people bullied by the secular State retreat to the cave, as it were, and start again. To live lives distant from the (to them) ghastly woke, anti-Christian, leftist State. Covid and its Big State fascist response has given fresh impetus to Dreher’s ideas.

These ideas also appear in the notion of ‘parallel societies’ proposed by the Australian Brendan Moloney and the Canadian James Corbett, among others. The idea is to remove oneself in all areas possible from the tentacles of the Covid autocracy.

Remove yourself from the legacy media and its relentless Covid propaganda, choose social media platforms that respect freedom and diverse opinions, buy local to thwart the corporates, cling to freedom-loving small businesses which will service non-vaccinated customers, indulge in the informal economy, and so on. Ditch Facebook. Embrace Telegram. Forget Google. Use duckduckgo. Refuse to use masks. Refuse to sign in to shops with QR codes. Find work, if you can, with freedom-loving employers. A more radical approach would be – don’t pay your taxes.

It is the State that has abandoned its core principles of the social contract, in which the citizens consent to governance by rule-following governments who respect, above all else, the rights of free citizens.

Can anyone with half a brain recognise these attributes in our current governing class?  No, I didn’t think so.

Corbett’s and Moloney’s parallel societies conform to Nozick’s utopian communities, to a tee. The great liberal philosopher has turned out to have plotted a solution to our Covid fascist dilemma. And Hayek has described, in graphic detail, the mechanics and the art of the overreaching State con. They both bear close re-reading in the 2020s.

It is a sad fact that aspiring so-called ‘liberal’ politicians, the third-tier careerists, frequently quote the liberal greats in support of their candidacy. Yet they have all, with very, very few exceptions (like Antic, Rennick and Christensen) ditched the core philosophies of those whom they are pleased to have quoted.

Just look at the so-called ‘modern liberals’, as one example.  They are either charlatans or liars.

This appeared in Politicom on April 3, 2022, and is republished by kind permission. Social contract trashed by ‘modern’ pollies – Politics, Policy, Political Views (politicom.com.au)