NewsPaperthe art of publishing
HomeNewsModern life, and why I despise it
0

Modern life, and why I despise it 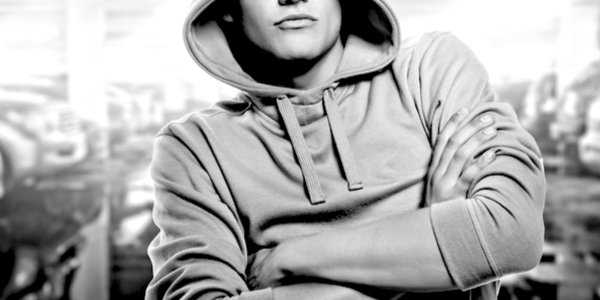 ALTHOUGH the ribs were delicious, I was finding it hard to enjoy my dinner at the restaurant. The gyrating posteriors on the TV screen just in my line of sight were putting me off.

Music video after music video was shown, all variations on a theme. Thuggish-looking men with surprisingly bad dental hygiene (how else to account for all the gold teeth?) surrounded by scantily-clad twerkers who were energetically throwing themselves over the bonnets and boots of expensive cars. The meat on my plate had more self-respect than these ladies, empowering themselves into deepest degradation.

It wasn’t just cars, of course. Expensive booze, diamond-encrusted everythings, bits of weaponry here and there. A parade of the vulgar. Why was I being subjected to this on my time and my dime?

I apologise if this has offended any readers. I seem to have forgotten the centrality of moral relativism in today’s society. What I meant to say, of course, was that such ostentatious and unedifying displays of worshipping the basest aspects of our humanity – sex, violence, greed – was merely one of many, entirely unobjectionable things that could have been blurted out by the LCD panel at that time.

That is, after all, what we have all been taught. Respect is universal, judgment is sinful. One person’s unconscionable vice is another’s lifestyle choice. Standards don’t exist outside the mind of the prejudiced holder of such antiquated notions.

So goes the theory, anyway. Upon first contact with reality everyone knows, deep down, there is an irreconcilable, head-poundingly obvious difference between good and bad, beautiful and ugly, high and low.

The ceaseless buttocks, Lambos and silicone-pumped body parts quite clearly fall on one side of that divide.

Sadly it isn’t just the rappers. Were that the case I wouldn’t mind so much: that kind of thing is easy enough to avoid. But the signs of the reverse of standards – of the idolisation of the ugly – are everywhere. Open a magazine, turn on the television: it’s all there for you to see. Unless you’re lucky enough to live somewhere that’s been preserved in aspic, just going outside will achieve the same effect, manifested in the soullessness of modern architecture, bereft of character and exuding a contempt for its surroundings.

How can I voice such heresy? I didn’t always think like this – I was a product of my age. Currently escaping lockdown in Saint Petersburg, I was educated in the UK during the New Labour era. I never stood a chance. It was only at some point many years later that it ‘clicked’. Maybe the doubts started to creep in during the mandatory ‘citizenship’ classes or the African drumming workshops we were subjected to. Maybe it was later, when even the concepts of ‘man’ and ‘woman’ became contested territory.

Back to the ribs. Leaving the restaurant, we make our way along the streets of Peter, as the locals call it. Everywhere in the centre you can see the works of those who were certainly not adherents to the cult of relativism. Later generations saved that for the Soviet-era outskirts. Here, beautiful buildings are everywhere to see. We stroll past the vast, imposing columns of the Alexandrinsky Theatre, just behind Yekaterinskiy Park and its snow-dusted monuments. A moment away is the Art Nouveau triumph that is Dom Knigi(‘the House of Books’), standing across from the sprawling wings of Kazan Cathedral.

A brief walk down Nevsky Prospect and we’re in the Bolshoi Zal– the grand hall – of the Saint Petersburg Philharmonic. The me of a few years ago would have struggled to sit through a concert of Saint-Saëns, Bizet and Tchaikovsky. Far too snobby. Now I sit in rapture amid the splendour of the hall, wondering how it has taken me thirty years to learn to appreciate such music. My mind keeps flashing back to the rap videos shown at the restaurant. How has the West duped itself so thoroughly in believing that there is no difference between these forms of culture? As the energy and emotion of Saint-Saëns’s Samson and Delilah cascades through the hall, it is impossible to feel that this is merely music. It is the manifestation of centuries of expertise and culture, something in pursuit of the eternal and eschewing the ephemeral.

What’s happened to me? Have I become enlightened or a grotesque bore? I even find myself less able to listen to the songs whose assertive energy so occupied my youth. They now appear endlessly tedious variations on a theme, the same few ideas trotted out again and again. It begins to grate.

But the more I reflect on it, the more sense it all makes. When the hucksters of modern wisdom denigrate the art, culture, history, architecture, religion, music and thought of Western civilisation, they are softening you up, slowly stripping away the layers of identity and meaning that bind an individual to his or her society. In promoting the ugly, the banal, the trivial, they divert your attention from truth and beauty. They relegate your mind to the gutter. From there, little sense remains in standing up for anything. Why fight, when we’ve been taught that everything we already have is worthless? Much better, the scoundrels suggest, to let the experts and philosopher kings of the world get on with it all.

Luckily, it takes only a germ of doubt to turn this whole mental edifice rotten. Once you let it in, it’s hard to stop it. It works its way into every nook and cranny. Music, art, politics, philosophy, history, relations between the sexes: we’ve been sold a vast array of lies.

I do not think the damage caused by such lies will be easily undone. But that doesn’t mean we should not try: all it takes is the bravery to speak the truth and to reject the patent falsehoods that are so freely propagated in our midst. Truth, like sunlight, is the best disinfectant.

Thankfully, the relativists who have so poisoned the Western mind in recent decades demand that nothing is to be believed. They are asking you not to believe them: do as they say.

Once enough of us take that simple step, we will be moving in the right direction, away from the modern cult of the ugly.