Mogg faces BBC inquisition – for being a Catholic 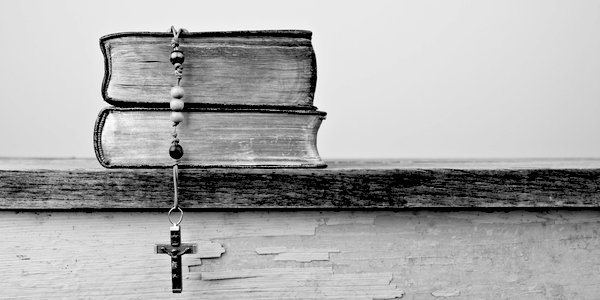 Should being a Roman Catholic be a bar to holding high office? This is what Jo Coburn asked Jacob (the only Catholic in the village) Rees-Mogg on the Daily Politics yesterday. It seems that the Catholic Emancipation laws of 1829 were a waste of vellum.

Following the usual cross-examination of Rees-Mogg about his Catholic views, the questioning went like this:

Coburn followed up with: ‘Should they be a barrier?’

This is really an incredible line of questioning from a BBC presenter. Perhaps Jo Coburn believes all Catholics should indeed be barred from holding high office, or public life entirely. Who knows? I guess the old equality and diversity mantra only goes so far, and Catholics are just beyond the pale. (Back when the pale was The Pale, most Catholics in Ireland were indeed beyond it.)

Dear broadcasters, let me make it easy for you. Jacob Rees-Mogg is a faithful Catholic. These people exist and this unseemly attempt to shut him out of high office for being a Catholic is bigoted and not a good look.

Jacob Rees-Mogg believes marriage is between one man and one woman, to the exclusion of all others, for life. This does not make him anti-gay any more than it makes him anti-polygamy.

Rees-Mogg believes in the sanctity of human life, namely that it is morally wrong to take the life of another human being. You call this anti-abortion because you like to paint him as ‘anti’ this and that, but we know what you are doing – trying to smear him for his deeply held Catholic beliefs.

If you are a member of Amazon Prime, this will drop through your letterbox tomorrow. Start reading it and maybe henceforth you will not come across as an ignorant bully.