Moral responsibility – the idea that dare not speak its name 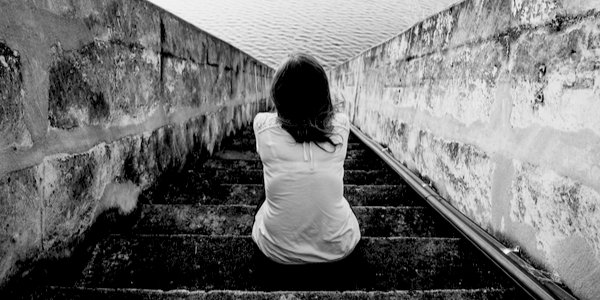 A RECENT study on adolescent mental health published in the International Journal of Epidemiology reveals that instances of depression, self-harm and substance abuse are increasing.

Cycling through my home town recently I noticed a vinyl record shop displaying the very contemporary slogan ‘Music for Mental Health’. This suggested to me music as a sort of pharmacological panacea. A galvanising track or two of Iggy Pop might be used, for example, to correct a tendency to listlessness and lassitude. At the more sinister end of the spectrum it might suggest one could use piped music in a mental health ward to pacify and control a collection of dehumanised ‘Chronics’ and ‘Acutes’ as did Nurse Ratched in One Flew Over the Cuckoo’s Nest.

The appearance of this shop points to the fact that there is no doubt that mental health is a hot topic. Everybody is talking about it as if it’s an issue scientists have only recently discovered.

But what, in a human being, which is a unique species, is mental health? In the media, it is spoken about as if it is a mysterious, disembodied commodity to which we are all entitled. The relationship between it and us might seem similar to the mechanistic ones between petrol and a car or between software and a computer. This way of seeing things in the context of the avowed epidemic, naturally, has political consequences. Governments sense that things won’t go well for them unless they put mental health ‘on an equal footing’ with physical health (even though there are enormous differences between the two) by guaranteeing the provision of the ‘resource’ of mental serenity which is seen as a birthright. If ‘correcting’ mental health is just a question of logistics what government could possibly refuse to underwrite such provision?

This brings us to the question of what the modern default models for a human being and a human mind are. If the model isn’t adequate, won’t that have an impact on our ability to remedy these conditions? In reality, mental health problems can prove to be pretty intractable. Only 46 per cent of anorexia sufferers recover fully, for example, which might suggest that unthinkingly shovelling money in the direction of treatment providers to placate political accusers might not be the best solution.

I have no professional qualification that allows me to pronounce authoritatively on such matters but what I do have is privileged insight into a particular human subject denied even to the most distinguished psychiatrist. That subject, of course, is myself. Being intimately acquainted with me, I may be able to suggest how a better, and more time-tested, conservative model of what a human is might serve us all better. Of course, it would be almost the definition of egotism to extrapolate from my experience of mental health to that of the whole population but I do believe it has an important general bearing on it.

In my younger years I was crippled by depression and anxiety. Pharmacology and counselling were applied but in vain. At length I worked out that I was ill because I had never, as I grew to adult years, fought my way out of an imprisoning background and that the fault had been, in part, my own. I had not exhibited the required courage (one of the Greek ‘Cardinal Virtues’) to make the escape and had, through inaction, colluded with my fate. In other words, all the creative energy destructively turned in on myself with such terrible results derived originally, at least in part, from a moral fault.

I don’t think this is to be too hard on myself as, in retrospect, I have come to realise that to denude someone of moral responsibility is, to a large extent, to denude them of their human dignity. I saw talking therapists as well as taking the drugs but none of them ever broached such possibilities and I was left to discover it for myself many years later when I eventually asserted my agency and autonomy uncompromisingly and got free. In time, I came to understand that my poor mental health was not a random pestilential cloud that had unfortunately and inexplicably fallen on me from a blue sky for which I deserved pity. It was, instead, intimately intertwined with every aspect of who and what I was, where I came from and decisions I had made. Anxiety and depression were not inexplicable symptoms untethered from reality but were located in and issued from a moral nexus inside me. Since then it has dawned on me that this kind of thinking can easily be applied to other areas, such as alcoholism, drug addiction and even knife crime where vital moral aspects are simply vanished away by being medicalised.

This, of course, controversially in our times, suggests that moral conscience, is the prime mover in human affairs – as opposed to Freud’s sexual for instance – and a thing which distinguishes us from other species. This time-honoured, though deeply unfashionable, idea (so obvious that no one ever questioned it) dares not speak its name in psychiatric realms. Concepts such as moral responsibility, responsible personhood, agency and conscience in connection with those subject to poor mental health are studiously shunned by practitioners for fear of committing that worst of all crimes – being seen to blame ‘patients’ (I am not, of course, advocating the outright blaming or denouncing of patients but simply of raising with them the possibility that their difficulties may have moral roots that they might do well to consider). In the mental health world a patient tends to be seen as a hapless ‘sufferer’ towards whom unadulterated sympathy is the only permissible response.

Fear of contravening this model can mean, in effect, that an essential part of human nature is excised from the diagnosis in a pathology that may be intimately to do with exactly that part of human nature. That being the case, to overlook that key element of the human person in the investigation of such enigmas might look like carelessness or foolishness.

Psychiatrists will inevitably point to my lack of training in their highly complex field for there is always a ‘scientific’ hierarchy with these things. While acknowledging this, I would reply that the problem is not my lack of knowledge of the esoteric content of their field. It is the fact that their very modern field unthinkingly adopts, at the outset, a philosophical model that effectively ignores to what extent we are defined by moral being and describes us exclusively in chemically determined ways. There may be added temptations for this discarding of old models. Big Pharma has a large input into the US Diagnostic and Statistical Manual of Mental Disorders and the World Health Organisation’s International Classification of Diseases both of which, de facto, take chemical determinism for granted.

If I’m right about how the professionals get humans wrong in this way out of an arrogant disregard for past, often religious, models the error of discarding the moral key to the human is fundamental and catastrophic.