NewsPaperthe art of publishing
HomeNewsMore airline pilots tell of vaccine injuries and say many are still...
150 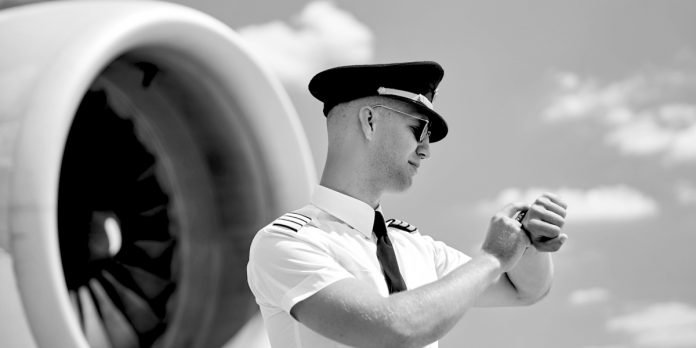 SINCE our previous reports on pilot deaths and injuries following the vaccine rollout across the world – mandatory  in the US and Australia amongst other countries, and all but mandatory here – more pilots have come forward to speak to The Defender about the injuries they have sustained as a result of the vaccines, and the impact on their careers and livelihoods. The injuries include myocarditis and pericarditis, heart attacks, strokes and subsequent blindness. You can read the full report here.

Steven Hornsby, a 52-year-old passenger airline pilot, US Marine Corp veteran and once-active weightlifter and cyclist, is one who did dare tell his story. As per Federal Aviation Administration (FAA) requirements, he had passed 24 medical exams in the past 12 years, including 12 electrocardiograms (ECGs), and had no cardiovascular or other major health issues. He is not flying today because of being coerced into get the Covid-19 vaccine. On the 12th day after receiving his second dose of the Pfizer vaccine he felt sharp chest pains, ‘pain radiating through my left arm, and my heart rate spiked as if beating in my neck.’

Yet intermittent pains continued. It was only in December 2021, when his medical certification was due for renewal, that his medical examiner advised him to wear a heart monitor for one week.

He discovered he had arrhythmia issues, heart palpitations and an irregular heart rate, and he was grounded. The following month a cardiologist diagnosed him with vaccine-induced myocarditis – heart inflammation, dilation and fluid behind his heart. Hornsby believes other pilots with similar symptoms are still flying.

One such is a pilot currently flying for a US commercial airline which threatened to sack anyone who didn’t get the vaccine. Speaking on condition of anonymity, he said his chest pain began about a week after the second Moderna vaccination. With a family to feed he felt he was left with little choice but to keep working. ‘Fear of loss of my pilot medical [certification] after being mandated to get this vaccine is the path I am currently on.’

The Defender also talked to an Australian pilot who was sacked by Virgin Australia after 19 years as a captain for refusing the Covid shot. Glen Waters is now a spokesman for a group of the airline’s employees suffering vaccine injuries.

He says that none of the injured pilots is prepared to talk because the company actively tries to terminate anyone reporting vaccine injury, characterised by the airline as ‘unrelated’ to the vaccine.

The reasons he said these pilots will not come forward include the stigma attached to anti-vaccine sentiment in any form; the reluctance of the medical community to get involved with possible vaccine injuries; vaccine-makers actively fighting injury claims; insurance companies distancing themselves from claims involving the vaccine, and fear of losing their medical certifications and careers.

Of approximately 900 pilots flying with Virgin Australia, he is aware of nine who are no longer flying because of medical complications that could be linked to the vaccine and he believes there will be many more who are continuing to fly with troubling symptoms.

He told The Defender: ‘We have one captain [who had] a stroke and went blind, and another had a heart attack and fell down the boarding stairs after landing.

‘There have been complaints of constant headaches and numerous reports of chest pains and shortness of breath.

‘A number of cabin crew have reported pins and needles in their limbs, almost like electric shocks that persist for hours at a time.

‘I have heard [about cases of] tinnitus, vertigo and brain fog, including temporary blindness, in several crew. Disrupted menstrual cycles are reported frequently, perhaps affecting dozens [of employees].’

Not all pilots, however, are comfortable about openly stating that there may be a connection between their health difficulties and the vaccines.

However there is some good news – on June 2 a judge at the Amsterdam Court of Appeals in the Netherlands ruled in favour of the Dutch Airline Pilots Association and their challenge to the vaccine mandates introduced by Dutch airline KLM for new pilots.

According to the ruling: ‘It is considered that requesting and demanding a vaccination against corona constitutes an unjustified infringement of the fundamental rights of the candidate pilots.

‘In particular, it infringes the privacy (Article 8 ECHR) [the European Convention on Human Rights] of the candidate pilots.

‘After all, the decision whether or not to have yourself vaccinated is something that belongs pre-eminently to this private sphere.’

As a result of the ruling, KLM is prohibited from requesting or collecting such information from candidate pilots, or rejecting candidates on the basis of their vaccination status, under penalty of €100,000 per violation.

We hope this will set a precedent for further such cases.

Other news is that the Global Aviation Advocacy Coalition (GAAC) has put down its marker with the UK Civil Aviation Authority (CAA). On June 10 they published an open letter to the authority, the full text of which you can read here, posing a series of specific questions, summarised below asking:

·         How the CAA assesses Covid-19 vaccines’ suitability for use by Class 1-3 medical certificate holders since their rollout;

·         Whether the CAA collects reports of Covid-19 vaccine effects, side-effects and severe adverse events (including suspected or proven resultant death) occurring in any Class 1-3 medical holder and how this data is collected;

·         Whether the CAA is aware of any Covid-19 vaccine-induced adverse events in any UK Class 1-3 medical certificate holder? If so, how many, and how does the CAA categorise their severity?

Further questions follow on the CAA’s medical data collection, its documentation of crew medical incidents and what proportion of all flights are conducted by a single pilot.

The spotlight is on the CAA. They should know they are under scrutiny and that nothing less than a full and honest reply to the GAAC’s questions will do.