More the martyr still inspires us all 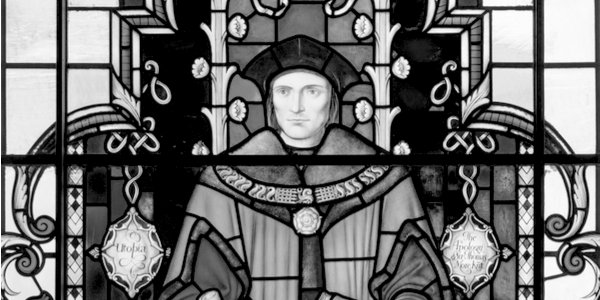 Today is the feast day of St Thomas More, Catholic martyr, English lawyer, writer, humanist, statesman and pious husband and father. More was beheaded on the orders of Henry VIII – an act of mercy after being sentenced to be hung, drawn and quartered – for refusing to accept Henry as Supreme Head of the Church of England and the annulment of his marriage to Catherine of Aragon.

With only St John Fisher as company, St Thomas More was a lonely voice in opposing the English Reformation. It is his steadfast refusal to contradict his conscience for which he is most famous, and it is from this act of bravery that modern Christians can learn the most.

More was born in 1478 and his prodigious intellect took him to Oxford University, then Lincoln’s Inn, before ending up as adviser to the King and becoming Lord Chancellor of England. More is also famous for the publication of Utopia – part satire of utopian ideas, part philosophical treatise and part critique of modern Europe.

More’s final words as he was led to his execution were: ‘I die the King’s good servant, but God’s first.’ How many of us can say we live by that maxim? How many Christians and Catholics have capitulated on such issues as abortion for political expediency, and subsequently said: ‘I die God’s good servant, but the world’s first.’

Being a Christian in the modern world is a balancing act, knowing when to bite your tongue, and which issues are non-negotiable. Abortion is an obvious example, particularly in light of Ireland’s lamentable referendum result.

Jordan Peterson has led the way in emulating More’s bravery, and I can’t shake the feeling he is a reluctant political actor, doing it out of a feeling of duty rather than a desire to be continually smeared.

More was both a staunchly orthodox Catholic apologist and a noted humanist. He educated his daughters, a radical move at the time, and thought the liberal arts were essential to becoming more human. To More, education had intrinsic and instrumental worth, helping the individual navigate the realities of life and flourish as a person.

He regarded Plato as ‘the great philosopher’ and took an Aristotelian view of property as necessary to incentivise hard work. That More could be a humanist, and also give his life for his faith, shows the brain-dead folly of those who wish to eradicate Christianity from the Western world.

Democracy, the sanctity of the individual and human rights emerged in the West not in spite of Christianity but because of it. Christianity was not an oppressive force, or an impediment to our most precious values, but rather the source from which they sprang.

Those who advocate being good without God ignore the fact that their whole concept of ‘good’ is, culturally at least, thoroughly Christian. Without that foundation, what ‘good’ consists of would be radically different. More’s life shows that Christianity is not contradictory to a humanistic view of the world, or that Christians want to take us ‘back to the Middle Ages’.

More is a saint in the Catholic Church and deeply respected as a Reformation martyr in the Anglican Church. Christians of all creeds can reflect on More’s life. He inspires with his moral integrity, something Christians will only need more as the West continues its ‘progress’, but also shows that being a Christian doesn’t automatically make you an uneducated bigot.