NewsPaperthe art of publishing
HomeNewsAdele: Much hairdo about nothing
0

Adele: Much hairdo about nothing 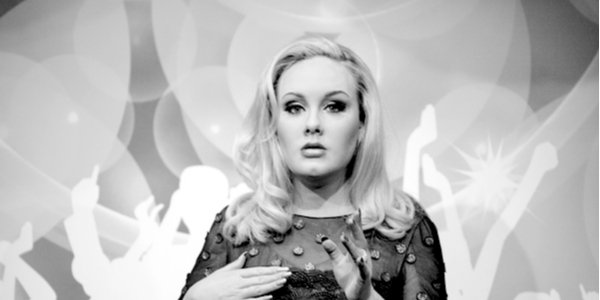 THE singer Adele is in trouble for doing up her hair in an African-inspired style.

Critics have accused her of ‘cultural appropriation’ by twirling her blonde locks into Bantu knots and wearing a Jamaican flag bikini top as a tribute to the Notting Hill Carnival, which was cancelled this year because of coronavirus.

Bantu knots are a style originating in southern Africa, where bunches of hair are twisted into small coiled buns. Cultural appropriation is said to be ‘the unacknowledged or inappropriate adoption of the customs, practices, ideas, etc, of one people or society by members of another and typically more dominant people or society’.

So there you have it . . . another field day for offence-takers. Predictably, the perennially outraged were soon piling in on social media to show how truly, madly, deeply shocked they were by Adele’s trichological treason.

Among the various rants were: ‘This officially marks all of the top white women in pop as problematic. Hate to see it.’

Another said: ‘She should go to jail no parole for this.’

Then there was: ‘Bantu knots are NOT to be worn by white people in any context, period.’

On the Glamour UK website, beauty journalist Ateh Jewel wrote: ‘I can see why people could argue that she was trying to be respectful at an event celebrating black culture with her Bantu knots. However, her look left a bad taste in my mouth.

‘Hair is much more than just a style, hair is status, power, culture, identity and so much more. I think what people can’t grasp is the cultural sensitivity around textured hair.’

But wait a second. We’re not talking high crimes and misdemeanours here. We’re talking about a hairdo, for Heaven’s sake.

Just how much offence can anyone genuinely take from a woman going round with coiled hair, whatever her ethnicity? With the whole world – especially the British government – tied up in knots over coronavirus, haven’t we got rather more important things to worry about right now?

To their credit, there was support for Adele from prominent black people, including Labour MPs David Lammy and Claudia Webbe, and model Naomi Campbell.

It’s not as if the singer intended to mock anyone – it was obviously a well-meant gesture. After all, imitation is the sincerest form of flattery. And since we’re talking about appropriation, isn’t one group of people claiming exclusive rights to a hairstyle appropriating it?

However, this storm in a hair salon does beg the serious question: What happened to inclusiveness and tolerance? Aren’t we always being told that different cultures are supposed to enrich one another?

Adele’s critics should try appropriating a bit of common sense, instead of splitting hairs over Bantu knots.