NewsPaperthe art of publishing
HomeCOVID-19Mullins, you’re plumb out of order
0

Mullins, you’re plumb out of order 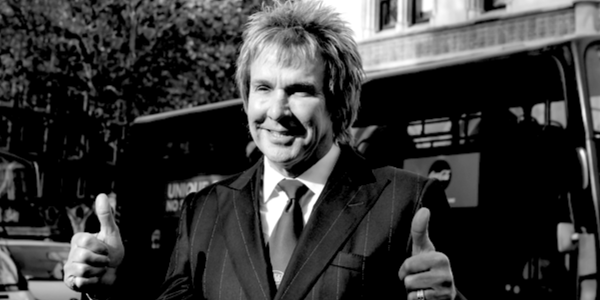 MULLINS has been at it again. No, not the one who stepped from an 80s rock video into the bosom of the Tory Party. That’s Pimlico Plumbers founder Charlie Mullins OBE. No, this time his son, Scott, appeared on TalkRadio to reiterate much of what his father has said in countless interviews regarding the insidious ‘no jab, no job’ policy. Except this time, Mullins Jr overstepped the mark.

You might remember Mullins Sr’s TalkRadio interviews recently where he ironed out to Mark Dolan and Ian Collins, to name just two, what he thought of the vaccine programme – a ‘no brainer’ – and those who refused it. Charlie Mullins OBE dealt out more claptrap in those interviews than I’ve heard collectively from the Number 10 press conferences, which is saying something, and his son recently took to the airwaves on the Patrick Christys show to offer his take. Unsurprisingly, he agrees with his father on denying a job to those who have been unvaccinated. Mullins Jr, though, went further than his dad, when he relayed the troubles of one of his employees.

The caring, sharing Pimlico CEO mused that ‘there was one guy (from 450 employees) who at the time wasn’t sure if he was gonna have it . . . the staff to be fair was on to him saying “don’t you think this is a little bit selfish, you’re putting other people at risk” and the guy actually come round.’

Now correct me if I’m wrong, but doesn’t that constitute workplace bullying and harassment, spelled out in law here?

This came after Mullins Jr said that those who are refusing the jab should be denied access to football, to restaurants, to travelling until they think of others and take it.

He appears to be in line with modern Tory thinking. Sir Roger Gale, Tory MP for North Thanet, was on the same station on Saturday speaking to James Max and he appeared to echo what Scott and Charlie Mullins have said. He claimed, as others have, that coercing people into having this jab through the threat of losing their freedom and livelihoods isn’t about force. I’m sure Stalin pondered the same thing.

I’ve been saying for a while, above and below the line, that the next few months for the non-vaccinated will be difficult, what with the pressure coming from parliamentarians and the media and the threat of further loss of liberties hovering on the horizon. At the weekend it was announced that domestic passports would be added to the NHS app for businesses who would like to adopt similar measures to the planks at Pimlico Plumbers, and some have taken this up. At the moment, this is optional but I wonder how long it will be before it’s mandatory.

The doublespeak we are being fed now is to ‘get jabbed to protect the jabbed’. We are being told to believe both that the vaccine is effective and it isn’t. In either case, the push for vaccine passports would be void on both points. It either works or it doesn’t and if it does work, there would be no need for vaccine passports; if it doesn’t, the same and why the continued pressure to have it? The government donors at Pimlico Plumbers would be scratching their heads for the good part of a week trying to get through that one but like all good little Tories, they have followed every line from their party. That this ‘virus’ is akin to the Spanish Flu and the Black Death. That unchecked, it will sweep across the world and kill billions. That the unvaccinated are lepers and should be cast off in a dinghy and left to starve in the North Sea. There’s no persuading people who are that thick, but there is one thing which would: when employees across varying companies using this policy start to sue their employers for unfair dismissal. This policy is massively unethical and breaks a ton of human rights, equality and discrimination laws. Are the government planning, at any point, to scrap laws that have aided so many people because the vaccine programme means more to them than anything else? I very much hope that any of those denied a job or sacked from their current one because of this policy sue the hinds off their prospective/current employers and win big. These companies need to be hit where it hurts, in their pockets, and let’s see if they change their tune.

As a final point, I should add that what business owners do with their own companies is their business. If Charlie and Scott Mullins believe that this discriminatory policy is right for them, then that’s their prerogative and customers will choose whether or not Pimlico Plumbers is right for them. What I will say, though, is that bullying should not be seen in any company regardless of who owns it. The kicker is that this is one of the things equality and human rights laws are for, to ensure that an employee is not singled out or treated differently in the workplace. It doesn’t surprise me in the least that Mullins Sr and Jr can’t see this. Thankfully, though, Patrick Christys has the common sense to hit upon the mood of not just myself but many other people across the country.

I do hope that these insidious passports are the moment the nation finally screams ‘Enough!’