Muscular conservatism is what we need to counter this cultural destruction 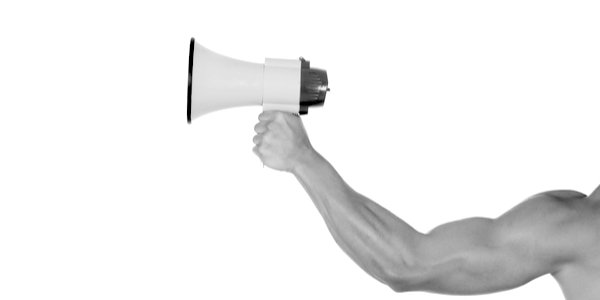 The chief of Ofsted, Amanda Spielman, has called for ‘muscular liberalism’ to promote tolerance and diversity. Tolerance is one of four modern ‘British Values’ identified for the Prevent strategy that was forced upon schools in 2014. It is ill-defined, however, in reality meaning whatever the ruling Leftist establishment wants it to mean.

In the sixties and seventies it meant abortion on demand, easy divorce, and free love. In the nineties it meant the implementation of speech codes and political correctness. In the noughties it meant rapid mass immigration and the creation of punishments for ‘Islamophobia’. In 2013 it meant accepting same sex marriage or else being punished for ‘homophobia’.

Today it means accepting transgender propaganda in primary schools which tells children they are not boys or girls, before encouraging girls to have their young bodies pumped full of testosterone if they say they want to be a boy, or allowing boys to have oestrogen injections and surgically removing their reproductive organs on demand. Anyone not accepting this edict from the Ministry of Love is guilty of ‘transphobia’.

Today those earlier celebrations of free love and sexuality are again the subject of censure; now anyone found guilty of being ‘handsy’ or being attracted to attractive women is classified as a misogynist. Attractive women are no longer allowed to find work unless they ensure they reduce their attractiveness to below the acceptable threshold, as the Formula 1 grid girls recently discovered.

The real problem this so-called liberalism has, but is too afraid to name, is that of Islamist extremism. It has encouraged multiculturalism and mass immigration, but in classifying Muslims as a victim class, it is unable to confront the totalitarianism and misogyny inherent in the literal and now influential interpretation of Islamic scriptures.

Although the Ofsted Chief Inspector mentioned her support for a London head teacher who wanted to ban the hijab in school, she’s been careful not to be too muscular in confronting such radical Islam. Her verbal support did not prove robust enough for the head in question, who has still been forced to back down under pressure from parents. Yet despite this delicacy, Ms Spielman has had no hesitation in going straight for the jugular in tackling conservatism (of the historical British Burkean variety), singling out the Christian Institute, a well-respected research and campaigning organisation that has tirelessly and correctly challenged the promotion of transgender propaganda in primary schools. She has also taken on the churches generally for their opposition to the granting of extra powers to Ofsted, saying that these powers are needed to tackle extremism in education.

This is a Trojan Horse of an argument, and I will tell you why.

The current government is desperate to introduce an Extremism Bill to demonstrate that it is countering the Islamist extremism that teaches children that Western nations are Dar al Harb (land of war) and must be converted to Dar al Islam (land of submission). Yet once it introduces a general law against extremist thought as proposed, the clear danger, as Ms Spielman herself has given away, is that it will be used to target conservatives and traditionalists as much as, if not more than, dealing with the real menace of Islamism.

We can predict that wealthy and powerful feminist and LGBTQQIAAP3G* groups will seize upon the legislation and immediately use it for their own ends. This makes the Ofsted Chief Inspector’s assurance that extra powers would not be used to investigate and close down Sunday schools which teach traditional family values not just unconvincing but incredibly naïve.

She must know that Church Sunday schools can hardly be equated with seventh century-style Islamists like the Wahabbis and Tablighis who do not hide their agenda of wanting to establish a global Islamic caliphate with full Sharia law, and who have already targeted state schools in Birmingham.

This is why, if she is to have any credibility, Ms Spielman needs to make it very clear that this is where she is directing her energies, and not at the freedom of expression of pro-life, pro-family, democracy-respecting social conservatives who believe the scientific fact that there are two genders defined by birth anatomy and chromosomes.

She needs to show her concern that reasonable and rational viewpoints such as these are already targeted as ‘hate speech’; that teachers have already lost their jobs simply for acknowledging they hold them as personal beliefs in answer to pupils’ questioning.

Finally, she needs to understand that this is the agenda of cultural destruction that the Left has continuously and very cleverly pursued, in which everything which gives identity is deconstructed – and is the reason why family, marriage, masculinity and femininity and even the idea of male and female are undermined. It is a process that does not stop. Polyandry is already recognized in Colombia. The BBC has called paedophilia a sexual orientation which needs to be understood rather than punished. And in France the age of consent may lowered to accommodate under-age sex.

Conservatives made the most remarkable strike back against ‘progressive’ Leftism in winning the referendum on Brexit in the UK and electing President Trump in the US. But while Trump has executive power to ‘drain the swamp’ in the US and is winning against the liberal resistance, in the UK the swamp is fighting back and cultural deconstruction proceeds apace.

Leftists are organising and re-doubling their efforts to impose the tenets of cultural Marxism on society, giving conservatives no choice but to fight back to protect heritage, freedom and prosperity.

Leftism under its ‘liberal’ guise destroys and deconstructs all that civil and good that Conservatism has created and stands for conserving.

What is needed to counter this and the radical Islam Leftism tolerates, is not muscular liberalism, it is muscular conservatism.