Muslims must learn to love their neighbour 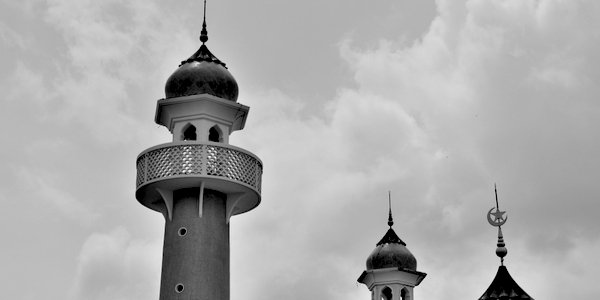 IN THE wake of recent atrocities perpetrated by Islamists in the West, and in particular the murder of MP Sir David Amess, all of us will now wonder if we can still engage with Islam and what is its role in our democratic societies.

As a child growing up in France in the 1960s, I was supposed to hide my cross inside my clothes before going to school because a 1905 law of laïcité ensured that religion had no place in the public domain.

Over the last century, this strong version of secularism caused much resentment in the French Muslim community, but following the murder of David Amess, some here will feel entitled to ask if it is still possible to enter into dialogue with a faith which so flagrantly strikes at the heart of our democracy. Isn’t it time to return, they will say, to a clear separation between religion and state where the secular state is systematically privileged as the highest form of authority, much as they do in France?

Such a reaction is particularly understandable when one considers the support for Islam from the ‘liberal Left’ based on the naive view that Islam is fundamentally vulnerable and oppressed by the West. No doubt, after David Amess’s murder, we will hear somewhat plaintive observations to the effect that Islam is a religion of peace and that murders of this kind have nothing to do with it.

But this distancing discourse will no longer do: the stabbing of an MP by someone referred to the Prevent programme has everything to do with Islam, just as just as people in Russia attacking gay men and women can be referred to as Christians (see the 2019 BBC programme documenting attacks on gay people in Russia).

All religions, including Islam, have their shadow-sides, and entering into dialogue with Islam should mean precisely that, revealing its demonic shadow-side. To do that, we need to know more about the beliefs of Islam. This is what I refer to in an earlier article as the epistemic dimension of religions. Currently, Islam often claims to be ‘untranslatable’ and ‘incommensurable’, i.e. mu’jiz. To say the Qu’ran is untranslatable and to leave it at that is simply not good enough. Theological interpretation and translation must be available so that invidious misinterpretations in the mosques and elsewhere do not become rampant. Serious Muslim theologians must be more vocal and determined in explaining the shadow-side of their religion.

In the face of the recent bloodshed, then, we should not adopt the French model of strict secularism. We can still enter into dialogue with Islam, but we must disentangle and clarify the elaborate configurations of ideas about dialogue across religious cultures. This can be done only when Muslim religious leaders take full responsibility for correcting the mistranslations of their holy book, move away from literalism and allow for interpretations to flourish as we do in Christianity. We need more of a theology of Islam than we currently have.

In the context of peaceful dialogue between faiths and those of no-faith, we also need to be performative, which means physically occupying the spaces where religious cultures overlap: praying together. Non-violence is a necessary condition of praying together, because doing so grants human beings a universal solidarity with the divine.

First and foremost, then, since Muslim leaders argue that Islam is a religion of love, they need to pray together with Christians and Jews to be forgiven for the shadow-sides of their religions, to be forgiven for the murders perpetrated by their co-religionists. We want to see them advocate the primacy of the love command: ‘Love your neighbour as yourself and as God loves us.’

Dr Alain J E Wolf
Dr Alain J E Wolf is a lecturer in intercultural communication at the University of East Anglia, Norwich, and author of Researching across Languages and Cultures, published by Routledge.