NewsPaperthe art of publishing
HomeCulture WarsMust we wait for the knife at our throat before we wake...
539

Must we wait for the knife at our throat before we wake up to totalitarianism? 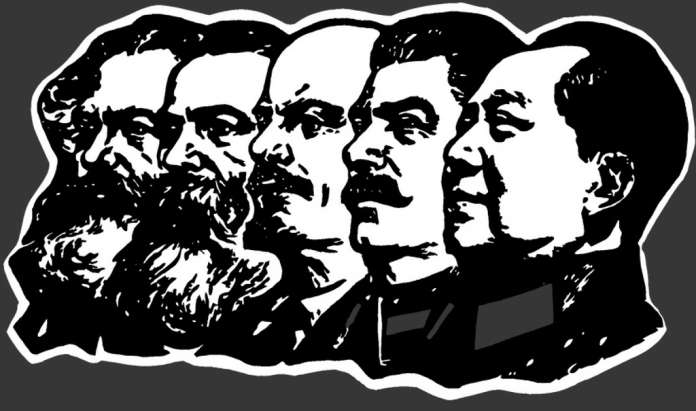 WE in Western societies naively imagine we would never descend into totalitarianism, because such systems are unmistakably evil and we are undeniably good. Not only would we immediately recognise it, but our moral goodness and inestimable courage would see to it that we stopped it before it took root.

However, such systems never arise vowing to deliver evil, but always promising to do good. The Bolsheviks were apparently redressing the plight of the workers against their bourgeois oppressors. The National Socialists were restoring the pride of Germany after the ignominies of Versailles and hyperinflation. The theme connecting all such systems is that those propagating them are the self-proclaimed saviours of society, dealing with the problem and the enemy which they themselves have defined, and presenting the cause to the masses not as outright evil, but rather unmitigated good.

Our ability to oppose such a system does not depend on our ability to see the evil from our armchairs decades later. Rather, it depends on our ability to spot totalitarianism in its fledgling form in our day, and on summoning the courage and resolve to stand against it here and now.

In an address to the American Federation of Labor and Congress of Industrial Organizations in New York in 1975, Aleksandr Solzhenitsyn warned his audience against Western complacency by asking:

‘Can one part of humanity learn from the bitter experience of another or can it not? Is it possible or impossible to warn someone of danger? . . . But the proud skyscrapers stand on, point to the sky, and say, “It will never happen here. This will never come to us. It is not possible here” . . . But do we really have to wait for the moment when the knife is at our throat?’

One of the reasons so few have seen what has really been happening to us over the past two years is that the idea of a public health crisis being used as cover for the ushering in of a totalitarian system is just too much for most people to grasp. Yet as Solomon taught us, there is nothing new under the sun, and Solzhenitsyn spoke of this phenomenon:

‘The essence of Communism is quite beyond the limits of human understanding. It is hard to believe that people could actually plan such things and carry them out. And it is precisely because its essence is beyond comprehension, perhaps, that Communism is so difficult to understand.’

The average person can hardly comprehend an ideology that rose to power talking about doing good by improving the conditions of workers, but in fact had an agenda to destroy and then reshape the existing socioeconomic order, which (according to the ideology) absolutely necessitated the ruthless destruction of entire people groups that were an obstacle to this, be they propertied, peasants, or priests. Likewise, most of us simply cannot grasp the idea that a small group of ruthless oligarchs with astronomical levels of wealth and power could be using an apparent public health crisis as cover to destroy and reshape entire societies and economies across the globe in their own hideous image. Such evil, masquerading under the banner of good, cannot be easily comprehended even though it is taking place right in front of our eyes.

This inability to comprehend such things is not so much a question of an inability to examine facts and assess the situation, but rather an unwillingness to comprehend it, largely arising from the comfortable state of affairs we have enjoyed for so long. Again Solzhenitsyn, this time speaking on BBC radio in 1976, identified this phenomenon, calling it a riddle of human nature that suffering often tends to bring a fierce determination to fight for freedom, whilst untold years of unmolested freedom tends to send a people in the opposite direction:

‘How is it that people who have been crushed by the sheer weight of slavery and cast to the bottom of the pit can nevertheless find strength to rise up and free themselves, first in spirit and then in body; while those who soar unhampered over the peaks of freedom suddenly appear to lose the taste for freedom, lose the will to defend it, and, hopelessly confused and lost, almost begin to crave slavery?’ Or again: ‘Why is it that societies which have been benumbed for half a century by lies they have been forced to swallow find within themselves a certain lucidity of heart and soul which enables them to see things in their true perspective and to perceive the real meaning of events; whereas societies with access to every kind of information suddenly plunge into lethargy, into a kind of mass blindness, a kind of voluntary self-deception?’

Access to information? Check! Lethargy? Check! Mass blindness? Check! Voluntary self-deception? Check! All these elements are present with us now. And so as millions pat themselves on the back for doing good during a public health crisis, in reality they have facilitated those intent on drawing a digital Iron Curtain across society to carry out their aims, thus edging us towards a totalitarianism system and society that most would recognise as evil if they read about it 50 years from now.

Do we really have to wait for the moment when the knife is at our throat before we realise our predicament? I hope and pray to God that the answer is no, and that people will snap out of their lethargy, their blindness, their self-deception. Then together, through God’s grace and power, we can find the strength to rise up and free ourselves, first in spirit and then in body, from the grim future being planned for us and our children.