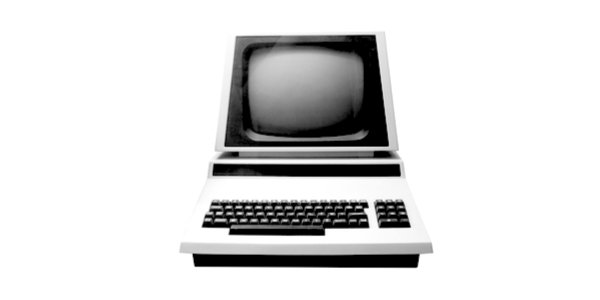 I HAD to face the fact that the flat I rent out in London needed a refit. Estimates for the work ranged from crippling to only mildly extortionate. I felt I could just about manage it when my managing agent said: ‘Of course, you’ll have to get the council tax back in your name and sort out parking permits for the decorators.’

My peace of mind was gone. If he’d said: ‘I want you to do this long division sum, or I am going to shoot you in the head,’ I could not have been more dismayed. We both knew that he’d asked me to do something near-impossible. Seeing my look, he said: ‘You’ll just have to sit on the phone all day, won’t you?’

Cruel code for: ‘The whole thing is online now, fully automated, no human voices involved unless you get into real trouble and have to start phoning, in which case your life will go on hold for hours on end, perhaps days even weeks.’

It brought unwelcome flashbacks of my last fraught encounter on the phone, when I ended up connected to India and looked ominously like Part II of my modern communication nightmare.

The next day, before I could think about it for too long, I began to try to get the council tax form online, which I need for proof of ownership of the flat so I can get the parking permits.

Amazingly, my old account username came up. I didn’t have the password of course, but it sent another, which came to my mobile after only two goes, so I was into my account within half an hour, and got quite far with the digital form. Then it didn’t recognise my flat address.

I began to see if I could register myself as a resident and get the old ‘scratch card’ visitor parking permits, which are being replaced by something totally digital, but still exist somewhere, so they say. I paid £125 for a year’s parking, which would then allow me to request visitor permits.

Wrong. I was only registered to park my own car for a year, outside a place 50 miles from where I now live. After the payment went through, I was informed that I hadn’t provided enough proof of my identity. I had paid for nothing.

‘You better get that cancelled,’ said the agent with grim mirth. Again, he knew what that would mean. Nowhere in the endless council online pages did it say how to do that. Does anyone ever get money back from councils?

Just as the agent predicted, I was soon trying to do everything on the phone, hopelessly marginalised by the computer age.

I found a ‘customer portal’ and went through a series of numbers until hitting one where I could leave a message. A voice said they would call me back, but didn’t say when. He did phone back when I was out.

Confined indoors during working hours, waiting for their call, I returned to thinking about the council tax, that essential document.

At the ‘portal’ they told me it was best to write, a surprising admission. But the girl on the line seemed vague and when I checked the address she’d given, it referred to the town hall, not the council offices. I phoned again, another long wait before I was given a PO box number. As I posted, I ordered myself not to worry.

I lay awake that night picturing all the decorating work stalled because I had failed in my task and all the personal work left undone as I struggled on.  A friend in Oxford told me she had to get a parking permit when her mother visited at Christmas.

It had to be registered at her address, but didn’t work, as her mother the car owner, lives somewhere else. They only solved that she said, by ‘finding a woman,’ who happened to be head of local parking services, who ‘did it for us’.

There is little chance of finding anyone to do anything for me in a London borough. All I want is for a decorator to park outside my own property – but that so far, remains impossible, and it seems everyone accepts the abolition of human contact in obtaining services as inevitable.

What about people, probably my age and older, who are not online at all? Perhaps they’re not expected to have cars, visitors or decorators; a strong hint that they are no longer valid as people.

After a fortnight, the council sent me the returned council tax letter. The wrong one. I wept in terror at a kind of existential hopelessness and aloneness. My friend who’d solved her parking problem has her own issues too.

‘What will I do at Christmas when my mother has gone?’ she asked bleakly. Like many of our generation, the festive season is now a time of increasing dread.

‘Who knows where we will be by then?’ I said, trying to strike a cheerful note. ‘I could be married to the head of Ealing Parking Services by then and he’ll solve my problem for good.’

We both pondered: Would it be worth becoming a lesbian and entering into a same-sex liaison with someone skilled with outsourced automation, to gain release from this? With this level of desperation, anything is possible.

This article first appeared in salisburyreview.com