My Declaration of Independence, 2021 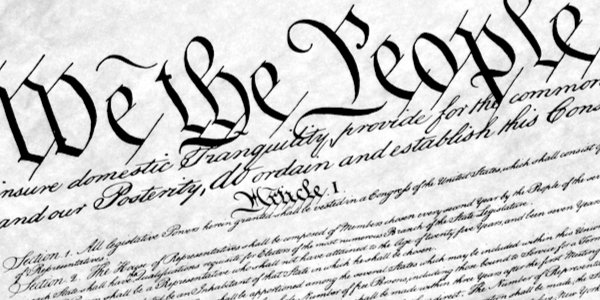 WHEN in the Course of Human Events, it becomes necessary for one People to dissolve the Political Bands which have connected them with another, and to assume among the Powers of the Earth, the separate and equal Station to which the Laws of Nature and of Nature’s God entitle them, a decent Respect to the Opinions of Mankind requires that they should declare the causes which impel them to the Separation.

I hold these Truths to be self-evident, that all Men are created equal, that they are endowed by their Creator with certain unalienable Rights, that among these are Life, Liberty, and the Pursuit of Happiness. That to secure these Rights, Governments are instituted among Men, deriving their just Powers from the Consent of the Governed, that whenever any Form of Government becomes destructive of these Ends, it is the Right of the People to alter or to abolish it.

When a long Train of Abuses and Usurpations, pursuing invariably the same Object, evinces a Design to reduce them under absolute Despotism, it is their Right, it is their Duty, to throw off such Government, and to provide new Guards for their future Security.

Such has been the patient Sufferance of our people; and such is now the Necessity which constrains them to alter their former Systems of Government. The History of the present government of the United Kingdom is a History of repeated Injuries and Usurpations, all having in direct Object the Establishment of an absolute Tyranny. To prove this, let Facts be submitted to a candid World.

They have refused to speak the truth about a viral infection and Created a Response that has engendered great Fear in the People.

They have abdicated responsibility for government and delegated powers to Unelected individuals and Secretive committees.

They have Abrogated the Social Contract and Confounded the Laws of Nature, by preventing the interaction of People with their families and others of their choosing.

They have denied our Children the Education and Learning that is their Right and seek to inflict upon them Vile medical experiments.

They have jeopardised the future of the United Kingdom by allowing Foreign Powers to dictate our laws and engagement in the Trading of goods.

They have erected a Multitude of new Offices, and sent hither Swarms of Officers to harass our People, and eat out their Substance.

They have corrupted the Free Press by Preferment and Manipulation by those with Devious Purposes harmful to the People.

They have prohibited the Lawful execution of Trade.

They have allowed our Culture and Religion to be destroyed by Internal and External Malefactors imbued with Malice.

They have done little to Prevent those who have no Right to be here, and who may have Foul Intent to arrive on our shores.

They have continued to dispense our taxes to Foreign Powers, their Agents and Representatives.

They have Printed and Borrowed money that future Generations will be unable to repay.

They have experimented with the health of the People with Untested Medication supported by Vile threats and unlawful Restrictions.

They have created impediments to Travel and Assembly for those who refuse to subject themselves to Illegal and intrusive Medical and Technological interventions.

They have passed legislation without the People’s Consent that will prohibit the Heating of Homes and the ability of our Peoples to travel freely.

They have abolished our most valuable Laws, and in doing so altered fundamentally the Forms of our Government

They have invested themselves with unscrutinised Power to legislate for us in all Cases whatsoever.

The Government and its Agents has excited domestic Insurrections amongst us, and has endeavoured the Destruction, of all Ages, Sexes and Conditions.

In every stage of these Oppressions we have Petitioned for Redress in the most humble Terms: Our repeated Petitions and demonstrations have been answered only by Disdain and Repeated Injury. A Government whose Character is thus marked by every act which may define a Tyrant is unfit to be the Ruler of a free People.

They too have been deaf to the Voice of Justice and of Consanguinity. We must, therefore, acquiesce to hold them in Contempt.

As a Member of the People of the UNITED KINGDOM, I demand the Right to be Free and Independent and absolved from all Allegiance to the British Government, its Lickspittles, Enforcers and Agents.