My doubts over ‘death threats’ to Grieve 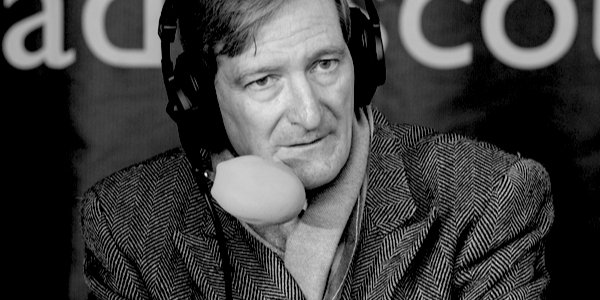 TORY MP and arch-Remainer Dominic Grieve has been complaining to the BBC that he has received ‘death threats’. More than that, he has linked these alleged threats directly to Boris Johnson, accusing the prime minister of ‘behaving like a demagogue’. Johnson, Grieve says, is guilty of such ‘tub-thumping populism’ that somebody decided to issue the warnings about his life being in danger.

No sane person would argue that threatening a man’s life is acceptable. It must be terrifying to go to bed uncertain as to whether you will wake up in the morning. On that basis alone, I am sorry for Grieve.

Something about his story troubles me, however.

I have never received a death threat but if I did, and I was genuinely concerned for my safety, I am not sure that I would speak about it on national television. Moreover, I’m fairly certain that the police would advise me not to discuss it with anybody (other than close family or colleagues) either. There are good reasons – including legal ones – for keeping quiet.

So why has Grieve, a former Attorney General, got out his megaphone? In large part, to try to stop Brexit. That is my considered belief, anyway.

Grieve has done more than most MPs in recent months to try to derail Brexit. His thin, faintly robotic voice has never been far from the media’s microphones, bleating on about democracy and the EU. Never mind his past pledges to honour the 2016 referendum result, Grieve is determined that Britain will not leave the Brussels-run bloc without a deal on 31 October, despite this being the default position of the UK.

Why he should have claimed the moral high ground is not clear, but the Remain BBC, among other pro-EU broadcasters, allow plenty of room for him to make his points.

He says he wants to stay in the Conservative Party to ‘save’ it from Johnson, who he says is ‘hijacking’ it. He insists he would be willing to bring down Johnson’s government if it pursues a no-deal Brexit.

It is pretty clear that Grieve’s decision to discuss his death threats is a highly effective way of turning the spotlight on himself and his cause. Somehow, he just couldn’t resist. How seriously he takes the threats, therefore, is a moot point.

With all this in mind, I am bound to ask who is the real demagogue: Johnson or Grieve?

In any case, is Grieve a moral crusader, as he presents himself?

Kathy Gyngell has written previously on this website about a book on the mysterious death of Dr David Kelly, called An Inconvenient Death. Reading it, I was troubled by the passages in it relating to Dominic Grieve.

It turns out that as Attorney General in 2010, he launched a feeble and partly inaccurate ‘investigation’ into Dr Kelly’s death which is just plain wrong in places. Bearing in mind the main problem with Dr Kelly’s death is that it has still not been subject to the rigours of a coroner’s inquest (Tony Blair personally insisted that it should be subject to a toothless public inquiry chaired by Lord Hutton instead), Grieve, a QC, failed to answer some of the central questions surrounding this tragic matter.

I would urge anybody who wants to understand Grieve better to read the sections in which he features. His performance in the Dr Kelly matter certainly undermines his self-appointed status as a man who has conquered the legal and technical details of Brexit

Grieve is now the chairman of the House of Commons Intelligence and Security Committee. This is one of the most sensitive posts in British public life, concerned as it is with some of the most dangerous elements in society.

Again, I ask: was it sensible of Grieve to tell the world of his apparent death threats, or was his real aim to take a pot shot at Boris Johnson in his continuing quest to derail Brexit?