My musical choice: The Lark Ascending 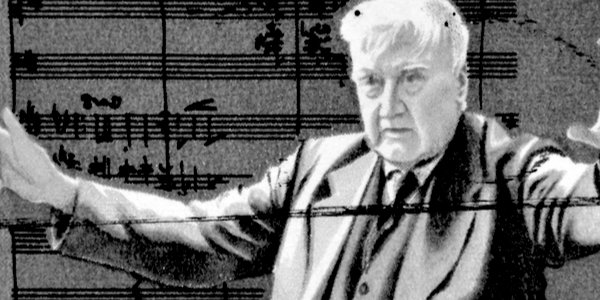 This Armistice centenary Sunday my musical choice is The Lark Ascending by Ralph Vaughan Williams.

The Lark Ascending is a poem written in 1881 by the English poet George Meredith about the song of the skylark. It inspired the English composer Ralph Vaughan Williams to write a musical work of the same name, which is now more widely known than the poem.

Vaughan Williams (1872-1958) composed it in 1914 for violin and piano but it did not premiere until 1920, the same year the composer re-scored it for solo violin and orchestra. This version was first heard in 1921, and this is the one I have chosen, with soloist Nigel Kennedy. The soaring violin ascends so high into the upper register that, at times, it is barely audible. The orchestral accompaniment evokes images of the rolling British countryside.

In 1914 Vaughan Williams was 42, but he volunteered for military service on the outbreak of the First World War despite his age. He joined the Royal Army Medical Corps as a private and he drove ambulance wagons in France and later in Greece.

The war left its emotional mark on Vaughan Williams, who lost many comrades and friends, including the young composer George Butterworth. In 1917 he was commissioned as a lieutenant in the Royal Artillery, seeing action in France from March 1918. The noise of the guns damaged his hearing, and led to deafness in his later years. After the armistice in 1918 he served as director of music for the British First Army until he was demobilised in February 1919.

The Lark Ascending remains a consistent favourite with audiences, topping a 2011 poll of the nation’s favourite Desert Island Discs. Vaughan Williams had an illustrious and prolific career, producing his last symphony months before his death at the age of eighty-five in 1958.