NewsPaperthe art of publishing
HomeNewsMy New Year’s wish: To have ordinary life back
0

My New Year’s wish: To have ordinary life back 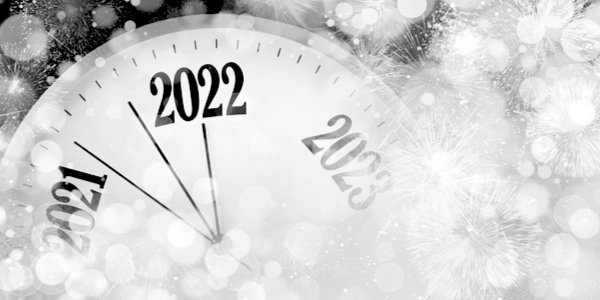 I DON’T do New Year’s resolutions any more, since ‘finish the book’ (still incomplete) and ‘lose weight’ (still fat) remain unfulfilled. However, I do have some wishes for the New Year.

First off, I’d like to see an end to lockdowns, restrictions, mandates and state-induced fear propagated by government, MPs and media. I think that might be a wish too far; Big Pharma have made an awful lot of money out of Covid, politicians too, and the power accrued will be too much for our leaders to give up easily. They’re riding the crest of a wave and they won’t want to see it crash.

The language used about people choosing not to have an experimental medical procedure has been ugly and has filtered down to the little Hitlers in our communities, emboldened into vigilantism, snapping and sniping at those who feel uncomfortable wearing a nappy on their faces. I’m keeping my fingers crossed that all of this nastiness will disappear this year, the old normal ready to return, but we shall see. Neil Oliver, in his Christmas monologue, seemed to imply that the worst is behind us, and I hope he is right. I don’t think many of us could cope with another year like the last two.

On the off-chance my wish doesn’t come to pass, I’d like to see the resistance seek to cement and establish new contacts. For those on the site, go your Stand in the Park meets, contact people in your area and look at meeting, find anything that will help retain your sanity. It is more important than ever to strengthen or create new bonds. To those who are interested in keeping on at the compliant, I’d recommend posting on other sites where there will be many people wondering why they carry on with this idiocy. I may renew my BBC account and start reposting on the BBC Have Your Says. The Beeb won’t like it and will probably censor me but with a decent amount of posts, they’ll be seen and read by an awful lot of people wondering how long they have to continue lining up like cattle. It is those people who need to read alternative views.

I’d like to see a pushback against the alphabet agenda, identity politics and the nanny state. For those who are fed up with being lectured to by the media, cancel your BBC licence, stop buying newspapers or cancel subscriptions. These outlets that tell us having white skin makes us evil from birth, that we must consistently apologise for the actions of our ancestors, that being male makes us dangerous, that being Christian makes us insular, need to know that division is not wanted here.

I very much hope that sports fans stop going to events where their teams continue to genuflect to political organisations, but that won’t happen. Some will continue to boo their teams but the clubs have their money and all the booing and hissing won’t stop them virtue signalling, in fact, it will only embolden them in their message that racism is a scourge that needs stamping from every facet of life. We need to hit these people where it hurts, in their pockets, and stop giving them the power to lecture us persistently on our fabricated faults.

I’m also fed up with the state telling me what I can or cannot do with my own body. What I can eat, what I can drink, whether I can smoke, what to inject. Screw them! It’s my body, my choice and as long as I’m not hurting anyone (which I’m not), I’ll decide what I can or can’t do, thank you very much!

I’d like to see an end to the main parties but, once again, that’s a pie in the sky wish. The Lib Dems have taken two seats off the Tories in recent by-elections but it would be wrong to see that as a fightback against the tired Labour/Tory amalgamation; if the government and opposition are two cheeks of the same backside, the Lib Dems are the blowhole in the middle. I stated a few months ago that I’d like to see the smaller parties come together to build one large resistance, but apart from Laurence Fox, who made some strides to open dialogue, none of the rest are interested. Those who would like to see an end to the Westminster cabal and are rightly worried for the future of this country have nowhere to go politically, but that’s not to say there’s no hope. I know there are an awful lot of people on this site who think that the democratic system is dead but I would urge all of you, in future elections, to back one candidate and urge as many people as possible to back that candidate. Pull in voters of other small movements because that is the only way to register your anger. I’m aware that I’m whistling Dixie into the wind on that one but at least it’s a start.

When all is said and done, what I’d like to see for 2022 is a country that doesn’t continue to tear itself apart. I want to see politicians and police and media and everyone else doing their jobs without divergence, and for this country to go back to a time when common sense and personal responsibility still existed. I’d like to visit my TCW friends in the summer and not see a mask, or go to a market and not see people leaping in fright at the sight of other people. I want to know that businesses are thriving again, that those who have been stuck at home for extended periods are travelling again, that families who have been kept from each other reconnect. I want to see ordinary life return.

Like I said, these are my New Year’s wishes and wishes don’t often come true. Still, there’s hope.

I hope you all had a wonderful Christmas and I wish you all the best for 2022.