NewsPaperthe art of publishing
HomeNewsMy smoking years … what a drag!
148

My smoking years … what a drag! 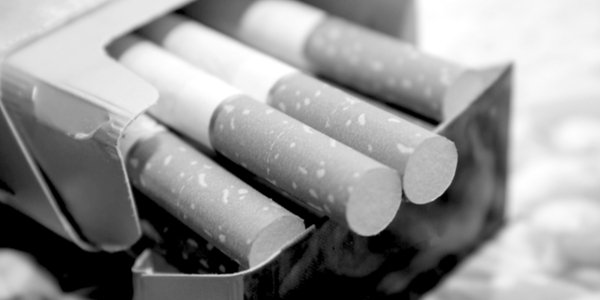 UNLESS you jotted the date down on the back of a cigarette packet, you may not have noticed that last Wednesday, March 9, was National No Smoking Day.

I know only because I happened to see it mentioned on the internet. But it sent my mind meandering back 60 years or more to when smoking was part of the landscape – and to my own love-hate relationship with the noxious weed.

I was born in 1950, into an era when 80 per cent of men and 40 per cent of women in Britain smoked. My parents and most of our relatives, friends, neighbours and almost everyone else in town were among them.

As a child it seemed to me that smoking by adults was as natural as breathing. For some archaic reason, it was still generally frowned on in some places for women to smoke outdoors, but men lit up anywhere and everywhere.

Pubs, cinemas, restaurants, theatres, shops, public buildings, offices and factories were regularly wreathed in a swirling fug, often with walls and ceilings stained brown by nicotine. Only a few places such as hospitals, libraries, churches and classrooms were sacrosanct (although you couldn’t see into our primary school staff room for smoke).

Movies and TV made smoking endlessly glamorous. In 1961, there was Audrey Hepburn as Holly Golightly with her super-size cigarette holder in Breakfast at Tiffany’s.

And in 1962 we saw Sean Connery’s James Bond lighting up at the casino table with casual coolness in Dr No.

Even on late-night highbrow TV discussion programmes, both guests and hosts could sometimes be seen puffing away copiously – ashtrays at hand – in between erudite observations on politics, the arts, philosophy and science.

Although pipes were still popular, smoking overwhelmingly meant cigarettes. There were dozens of brands on sale at street corner shops, kiosks, newsagents and at tobacconists (do tobacconists still exist?).

Cigarettes ranged from the smallest and cheapest, such as Woodbines and Park Drive, to exotic varieties like the oval-profiled Passing Clouds and menthol Consulate – which felt like smoking a Polo mint – along with imports such as Gauloises, which left you coughing with a French accent.

Then there were the posher and pricier brands such as Rothmans, Senior Service and the ultimate lung-scorcher, Capstan Full Strength. Most cigarettes were untipped. Tipped (if you could find them) were for women and namby-pambies

However many cigarettes they consumed themselves, adults were generally strict about youngsters not smoking. The myth that it stunted your growth was still widespread and I remember once seeing it stated as fact in an authoritative medical book.

Although it was illegal to sell cigarettes to children, many shopkeepers would do so if they knew they were intended for adults.  You’d often see kids trooping into our local shop asking for a quarter of sherbet lemons and ‘ten ciggies for my Dad, please.’ The ‘ciggies’ would almost always be Woodbines, the only brand anyone seemed to smoke round our way.

Some shopkeepers would even break up a packet of cigarettes and sell them for 2d each. It was from one of these, bought by a pal, that I had my first surreptitious drag, aged about 13, in a dark alleyway. I wasn’t overly impressed, but had to pretend otherwise for the sake of street cred.  (Historical note: Street cred hadn’t been invented back then, but you know what I mean).

Unlike today, when cigarette advertising is banned, exhortations to smoke were all around us – in newspapers, magazines, cinemas, on billboards and on television. Some of the slogans have stayed in my mind all these years.

They include: ‘People are changing to Guards’; ‘Cadets bring quality to smaller cigarettes’; ‘Woodbine – the great little cigarette’; ‘You’re never alone with a Strand’; ‘Consulate, cool as a mountain stream’; ‘Rothmans, the best tobacco money can buy’ and ‘Players Please.’

Then there was the most outrageous of all …

‘Craven ‘A’ will not affect your throat.’

The link between smoking and lung cancer had been well-known since the 1940s, but no one seemed bothered about it.  Any hacking chestiness was dismissed as a ‘smoker’s cough’ and usually damped down by lighting up another cigarette.

A year or so after my first drag, we were given a lecture in school on the health hazards of smoking. Afterwards, forms were handed out for us to fill in so we could be enrolled into the crusade and pledge not to indulge. But few took it seriously.

I can still remember almost choking with suppressed laughter when the lad sitting next to me wrote his name and address as ‘Peter Stuyvesant, No 6, Park Drive, Marlboro.’ He then calmly folded the form and placed it in the pile.

I smoked only intermittently throughout secondary school and never had more than a couple of cigarettes in succession. To try to wean ourselves off fags, a pal and I once bought a cheap pipe each and a wad of tobacco. After ten choking minutes, we gave up in disgust.

When I started as a reporter on the local newspaper aged 18, I found drinking and smoking to excess was effectively part of a journalist’s job description – and I embraced both enthusiastically. Ah, the clatter of typewriters, the buzz of the newsroom, the whiff of the smoke!

That was the beginning of my most serious smoking period. Even now, the exhilaration of the first cigarette of the day remains vivid, as does the heady mixture of beer and fags in the pub at lunchtime and after work.

It was unusual back then to find a man who didn’t smoke. Abstainers were viewed with mild suspicion and ‘knowing’ looks unless they were footballers or other athletic types.

One night in the pub, a tough-nut acquaintance of mine brought gasps of amazement when, for the first time ever, he refused a proferred cigarette. He quickly explained that a gang fight had been arranged for a fortnight hence and he was in training for it. Sage nods and grunts of approval were forthcoming from the smokers.

I continued smoking off and on throughout my twenties. But I was never really an addict, it was just an unthinking habit. After I married (my beautiful wife is a lifelong non-smoker) and we had children, my cigarette use tailed off. We didn’t want our kids raised in a house full of smoke. I’d been there and done that.

Then in the early 1980s, I bought a pair of trainers and joined the running boom (or ‘jogging’ as it was then called). After that, I finally gave up smoking completely. Somehow it didn’t go well with pounding out the miles to prepare for marathons.

The death of my father from lung cancer a few years later only reinforced for me what a folly smoking was and I was sorry I’d ever touched a cigarette. Family and friends also gave up.

Then in 2007 came the ban on smoking in indoor workplaces, long overdue but welcome. At last you could go to a pub, cinema or restaurant and not come out kippered and smelling stale and musty. I wonder how we had ever lived with such indignities for all those years.

For almost 40 years now, I’ve hated smoking with the zeal of the convert. But I keep my disapproval to the odd tut-tut – quietly fuming, you might say.

I can’t believe how anyone these days could be so stupid as to ignore the health warnings. But I realise that’s priggish and hypocritical of me. Exactly the same applied when I smoked – I knew the dangers, but took no notice.

And I can still sympathise to a minor extent with today’s smokers. I remember how good it felt on a night out in the pub to get a round in, light up, relax, and have a laugh with your mates. You don’t want to give that up, even if these days you’re exiled to the beer garden.

Happily, smoking has generally become less popular as the years have passed, with vaping replacing it to a small degree. How safe vaping is though, we’ve yet to find out.

Meanwhile, the tobacco firms keep trying to tempt us. The other day I saw an advert for something called ‘heated tobacco’, which I’d never heard of. Apparently it’s a cigarette-type device where the tobacco is ‘baked’ to a high temperature but not ignited and you inhale fumes instead of smoke.

Well, they can stub that one out as far as I’m concerned, along with all other variations on smoking. I’m just glad I gave up when I did.

Share
Facebook
Twitter
WhatsApp
Email
Previous articleUsing chemical weapons could blow up in Putin’s face
Next articleJohnson could ditch Net Zero now. Instead, he’s doubling down on it