My theatrical clash with the copyright commissars 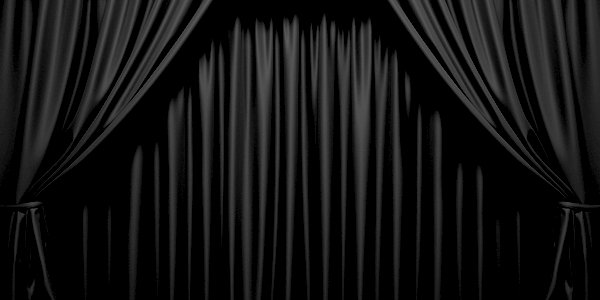 A couple of weeks ago BBC Radio 4’s Front Row featured a complaint from art historian Bendor Grosvenor, grandson of the 5th Baron Ebury, fourth cousin once removed of the 7thh Duke of Westminster, who had been stopped from photographing a work by Rembrandt in the National Gallery of Scotland.

‘At the merest hint of my iPhone, an assistant rushed over to say no photos allowed and demand that I delete the photo I’d taken,’ he wept.

‘I was in the National Gallery recently and the only noise you could hear was the poor guard moving around saying “No photos!” Museums and galleries are often the slowest to move with the times.’

Now that mass tourism has hit our national collections, many of us find these snappers very annoying, especially if they are equipped with selfie-sticks and bunch up grinning in front of famous works.

In New York’s Museum of Modern Art a jaded attendant said he was helpless to stop them. I tried to assist him by asking a visitor to buy a postcard instead of taking photos. He began swearing loudly and ran amok in the gallery. In the Musée d’Orsay in Paris a small child asked me to move away from Whistler’s Mother so her dad could film her. I refused and he became loudly irate in Spanish. To support me, I assume, someone else began remonstrating with him in the tones of Edward Heath. The secret of happy viewing these days is to seek out lesser-known paintings, as they will be hanging in solitary state.

I was prepared to dismiss Dr Grosvenor’s complaint but noticed it had an added dimension. He’d been told he couldn’t take the picture because it breached copyright, even though the painting was on loan from a gallery that allows photographs. He rightly complained that it’s ‘all about copyright, museum revenue and income’.

A spokesman for the National Galleries of Scotland told the Daily Telegraph: ‘Visitors are welcome to take photographs for personal, non-commercial use. All other uses require prior permission.’

In fact, copyright applies only to the work of living artists. It’s not an issue for Rembrandt or Shakespeare, or shouldn’t be. But the myth of copyright infringement is spreading like soya margarine on to gluten-free bread; yet another means for pompous bullies to impose control on the rest of us.

The V & A now forbids sketching in its temporary exhibitions, a rule which was introduced for its blockbusting, money-spinning David Bowie show in 2013. It says it’s to prevent congestion, and talks about ‘strict loan agreements’, i.e. getting people into the gift shop.

I came bang up against this new baton for beating the public last week after arranging with an Oxford Playhouse administrator to do some sketching, and possibly painting, for a forthcoming Oxford Art Society show of theatrical paintings. She was very kind and enthusiastic, suggesting I came in early to see the set being put together for a performance of Birdsong, then return for the rehearsal at 5pm before going to see a different rehearsal for an outdoor production at 6pm. I was also given a free ticket for the evening show.

Birdsong tied in particularly well for me as I’ve been invited to join the Stuckists for an exhibition commemorating the Great War. I was almost overwhelmed by the possibilities offered me: a whole day in and around the theatre. I was keen to make the best use of it and arrived early, with my lunch packed, for many hours of creative work.

It was not to be. I had an hour in the theatre while the set was erected, taking pictures on my phone and making drawings, but when I returned later I was faced with a house manager and a CEO of something who were not happy.

The manager said the producers of the plays had not been informed, but more importantly SHE had not been told. My sketching might make the actors ‘uncomfortable’. It might also, she said, ‘show a lack of respect’ for them.

I’ve as much respect for actors as the next person but I wasn’t convinced by that at all. She then hit me with the copyright argument.

‘Every single bit of this theatre and the scenery belongs to a different person,’ she said. ‘If you take a photo or draw any of it you will be in breach of copyright, and the actors will have to be paid if you draw them.’

I called out to one who was crossing the stage, asking if I could draw him for a fee. He said yes and agreed on a fiver. There were no other laughs though. The company manager, very large and imposing in her shorts, did not look the humorous type.

‘You cannot do it,’ she said flatly, and that was that.

I was hit by a full cocktail of provincial pomposity, political correctness, virtue signalling and commercial interest. I still had my free ticket but was told that I was not allowed to go in before the play started, in case I got up to anything pictorial, or draw during the performance, which now seemed to be as heinous as taking photos.

I gave the ticket to an elderly tourist who looked delighted.

‘I haven’t seen Shakespeare since I did A-level,’ he said.

‘You can have it on one condition,’ I said. ‘You must take photos all the way through and make a lot of booing noises at the end.’

I will never know whether he did.