NewsPaperthe art of publishing
HomeCOVID-19Myocarditis ‘tends to be mild’? Tell that to this vaccine victim
562

Myocarditis ‘tends to be mild’? Tell that to this vaccine victim 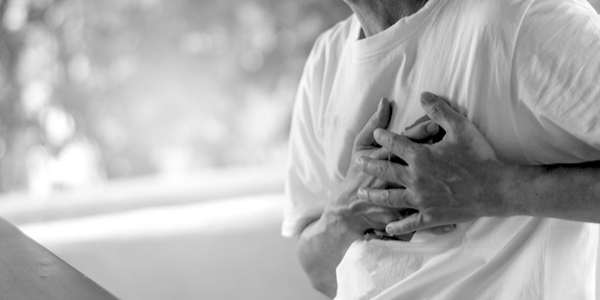 YOUNG men who develop the heart conditions myocarditis or pericarditis post Covid vaccination are ‘extremely rare’ according to the UK’s drugs watchdog. This is not true, says leading US cardiologist Dr Peter McCullough, and even if it was true, it is no comfort if you are one of the ‘rare’ cases to find yourself in hospital with heart inflammation like Amanda Hartnetty’s 21-year-old son.

‘The term “rare” is getting old now,’ she said. ‘My son was admitted to hospital in August two days after his second Moderna jab. He had been there for a week when a nurse told him: “Another one of you with myocarditis after the vaccine has just come in and he’s 29.” I wonder how rare it really is?’

According to Dr McCullough, heart inflammation cases in the US have increased by 5,000 per cent in four months, predominantly affecting young men. He said: ‘In June 2021, the Centers for Disease Control (CDC) said there were 200 cases of myocarditis. By October we had 10,304 cases. This number is shocking.’

Amanda’s youngest son, now 22, who does not want to be named, was admitted to Hillingdon Hospital, Uxbridge, on August 19 with excruciating chest pain.

Amanda, 57, from north London, who works in customer support, said: ‘He and his girlfriend had been to visit the university where he was just about to start, then stayed at a friend’s overnight. In the morning they were driving back and his arms were in incredible pain, he had tingling in his fingers and his chest felt really heavy. Then he felt sick and shivery and started vomiting. He said his chest felt like it was being ripped apart.

‘He had no idea what was wrong, and they thought he might have food poisoning. They got back to her place where she dialled 111. The call handler made an appointment for him at the hospital for an hour’s time and then they sat in A&E for hours.’

Crucially, hospital staff measured his troponin level and when they got the results, they were so startling they thought they were wrong. Troponin is a protein which regulates the heartbeat. The normal level for a 21-year-old is less than 14 ng/l (nanograms per litre), but his was sky high. ‘My son’s level was 7,000 and it rose to 25,000 at its worst,’ said Amanda.

This can indicate that the person is having a heart attack, but he was diagnosed with myocarditis which has similar symptoms of chest pain, shortness of breath and fatigue, because his electrocardiogram (ECG), which checks the heart’s rhythm, was fine. His discharge letter confirms that the vaccine was the cause, saying ‘myocarditis secondary to Covid-19 vaccination’.

Myocarditis is inflammation of the heart muscle, can cause a cardiac arrest and can be fatal. It is more serious than pericarditis (also linked to the vaccine) which is inflammation of the sac surrounding the heart. Myocarditis is caused either by a virus – so SARS-CoV-2, the virus that causes Covid-19, could cause it – or it is autoimmune, when your body attacks itself. Vaccines are designed to provoke the immune system so it is entirely possible that an unexpected immune response could occur, but the NHS know little about vaccination as a cause of myocarditis and often pooh-pooh the connection.

Hillingdon is part of Harefield Hospital, which has a specialist heart unit, so thankfully Amanda’s son was in the best place to get the best care, but at first, hospital staff would not consider the possibility that Moderna’s Covid jab had caused his problems.

He spent a week in hospital but even after he was discharged last month, his GP was unaware of the connection. ‘He was trying to explain to the GP that his problems had been caused by the vaccination and she had never heard of it. That’s why I’m speaking out now because this is a side-effect that is just not known about. It was such a shock to take in. We didn’t know about it, and it was not discussed with him before he had his jab.

‘We are so lucky his girlfriend called 111. Who knows what might have happened if she hadn’t? A nurse told me they were really worried, and they didn’t want to tell him how worried they were.’

The youngest of four siblings, he was a fit, healthy young man who played drums in a rock band, held down jobs in a restaurant and a warehouse and before lockdown last March, was keen to join the RAF. He is now so debilitated he is unable to do any exercise and has been advised not to do anything more strenuous than a walk until at least January. Most days, he needs an afternoon nap. Three months on and an MRI scan shows that his heart is still inflamed, which contradicts the Medicines and Healthcare products Regulatory Agency (MHRA) advice that ‘cases tend to be mild when they do occur’.

Jonathan Engler, a bio-medical entrepreneur who has studied law and medicine and developed a phase III clinical trial for a heart failure medicine, said: ‘If you’ve had myocarditis you have to be monitored permanently and are at risk of developing heart disease later in life.’

The British Heart Foundation, our premier heart health charity, say that if the damage is severe you may need a heart transplant.

Amanda said: ‘One question neither the hospital nor the GP could answer is what happens if he catches Covid? They said they don’t know because they don’t have the data. I also asked if there would be any lasting damage and the best answer they can give me is “hopefully not”.’

Meanwhile, her son is taking things easy and trying not to think about the future: ‘He has to take betablockers to stabilise his mood so that his heart rate isn’t raised,’ she said.

Amanda’s four children have all had their childhood vaccines, as have her three grandchildren. ‘I am not antivax,’ she said. But she was worried about the speed with which the Covid jabs were introduced and the lack of long-term data.

She received her first Oxford/AstraZeneca vaccine on March 1 from the now-notorious batch number PV46671 and suffered a serious adverse reaction. There are now 11 people known to have had bad reactions to that batch, and seven spoke to TCW earlier this year.

Amanda, who does not use social media, was unaware that there was a problem with that particular batch until we spoke. She said: ‘I was so ill afterwards; I threw up before I got home from the surgery. It was like instant, proper flu, no build-up like you normally get of feeling under the weather for a couple of days. I had shivers and shakes and a terrible headache. I felt like my head was in a fog and I just wanted to sleep. I was like that for a week, and it took weeks for me to get better.’

She filled in a Yellow Card report for the MHRA about her son but not herself. She said: ‘They sent lots of questions back like “does he take drugs,” they listed everything apart from what was in the jab.

‘My message is that people do need to look out for these side-effects. They were not mentioned to us before we got our jabs, so I just wonder how many others know about them.’