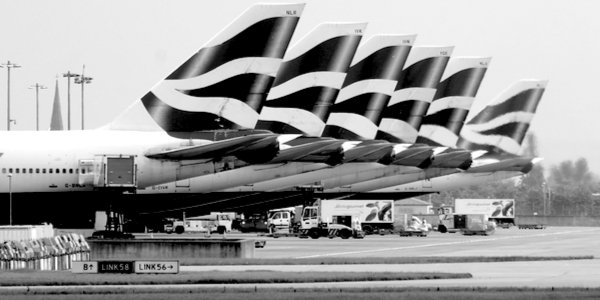 SOCIAL media is alive with the story that four British Airways pilots died within a few weeks of each other, with the suggestion that Covid vaccine is involved. A photograph showing condolence books for four male pilots at BA’s headquarters that was circulated on Twitter fanned the flames. As did a voice recording, allegedly from the independent radio station English 909, with a man saying: ‘Things are getting crazy here. I don’t know if I told you but my friend who’s a BA pilot, has just told me that they’ve had the third BA pilot die in the last seven days. The first two were in their 40s and 50s and the third in his mid-thirties. Perfectly fit, no underlying conditions. Gets his second jab and he’s dead within days. Exactly the same as the first two . . .’

Our national airline issued a statement saying that the deaths were not connected. This has been presented by Reuters fact-checkers as a denial, but in fact BA refuse to say whether the pilots had received a Covid-19 vaccine on not.

Pilot deaths are rare, and it may well just be ‘bad luck’ or a ‘coincidence’, but according to a retired RAF pilot who was also an airline captain who flew for several independent British airlines: ‘Airline pilots are a very healthy bunch. I worked for a number of airlines, and I actually cannot recall a pilot dying of any illness before retirement. Four in a few weeks? Unheard of.

‘I am a retired pilot, not a medic, but common sense tells me that if there is a clotting problem with the [AstraZeneca or Johnson & Johnson/Janssen] vaccine then exposure to deep vein thrombosis [a known problem with long haul flying] might be relevant.’

Information about cause of death in the deceased pilots is sketchy. The first to die, on May 4, was Senior First Officer Grant Mercer, age unknown, a keen hockey player described on a crowd-fundraising page set up to pay for his funeral as: ‘An awesome friend who lived for his friends and loved ones. He was where the action was, anything fun or adrenaline-filled he would do and make sure everyone was involved too.’

As the picture of him holding a hockey stick shows, he was a fit man who loved sport. The page does not say how he died.

Pilot Edward Brice-Bennett, 33, died on June 2. His widow Kate is six months pregnant. They also have a daughter Illa, two, and had been married for four years.

An inquest in Salisbury heard how Mr Brice-Bennett was found unconscious beside his bicycle on a public bike trail in Tidworth, Wiltshire, at midday by a member of the public. Paramedics failed to revive him, and he was pronounced dead after 45 minutes.

The inquest was told that Mr Brice-Bennett had suffered internal bleeding, but no cause of death has been ascertained. Toxicology and histology tests were ordered and the inquest adjourned.

Father-of-two Nicholas Synnott, 60, died three weeks ago. He had spent a record 243 days in a Texas hospital battling Covid after being admitted in March last year. His death came six months after he had been discharged from intensive care to his home in Betchworth, Surrey. He punched the air as he left hospital with his wife Nicola, 54, who had spent every day by his bedside, and spoke of his joy at leaving.Their two children are Rebecca, 24, a charity worker, and George, 21, who is understood to be training to be a pilot like his father.

Mr Synnott’s cause of death has not been revealed but the speculation is that he died from complications caused by Covid-19. However, it is known that patients who have had Covid and then receive the vaccine can suffer from antibody dependent enhancement (ADE), which can make the disease worse if you then contract it.

On June 17 via Twitter, BA spokeswoman Helen said: ‘There is no truth whatsoever in the claims that the four deaths are linked.’ She did not say whether the pilots had been vaccinated.

Yesterday, British Airways said that they do not tell staff whether or not to get vaccinated. Asked three times to confirm or deny whether the dead pilots had had Covid vaccines, they declined to comment.

They did say that their colleagues had not all died within the last seven days, which is true, but they did not respond when sent the following request for further information about vaccination.

The request said: ‘We know that the AZ vax causes blood clots and thrombosis, we know that the Pfizer can cause heart problems. These side effects were not picked up during the trials and jabs will not have been tested on pilots or frequent flying passengers. Is the fact that four BA pilots died within a few weeks connected to the jab? We know that Air India have had 5 pilots die too.

‘There seems to be a pattern developing which needs to be investigated. If air travel can aggravate the recently vaccinated, it may only be a question of taking some time to allow the jab to settle. That way lives could be saved. If we cannot investigate this, many more pilots/passengers may die before a link is confirmed or ruled out. It is really important information.’

Both spokespersons from the pilots’ union, the British Airline Pilots Association (BALPA), Nancy Jackson and Brian Strutton, refused to comment as they said they consider the story to be fake news. They declined to say whether they had investigated.

According to lawyers, three BA captains and other airline crew contacted them back in February concerned that BA were pushing them to take an experimental jab. BALPA were disinterested in taking up their case and they felt stonewalled. The personnel sought legal advice but the result of their negotiations is unknown.

The airline regulator, the Civil Aviation Authority (CAA), have yet to respond.

The as yet unidentified voice in the radio recording says: ‘Because of  [the deaths] BA are now in crisis talks with the government about whether to allow vaccinated pilots to fly. The issue with that of course is that about 80 per cent, according to my friend in BA, 80-85 per cent have been injected. You might be down to 10 per cent of pilots able to fly. It’s a small number and a serious issue.’

BA deny that they’re in ‘crisis talks’ with the government and refer to a statement from the Medicines and Healthcare products Regulatory Agency in which Dr Sarah Branch, the director of vigilance and risk management of medicines for the MHRA said: ‘There are currently no restrictions on aviation or other industries and activities post-vaccination. Our advice remains that the benefits of the vaccine outweigh the risks in the majority of people. It is still vitally important that people come forward for their vaccination and for their second dose when invited to do so. We ask anyone who suspects they have experienced a side effect linked with their Covid-19 vaccine to report it to the Coronavirus Yellow Card website.’

This video from the Stew Peters show on Red Voice Media makes it clear that pilots in America are being pressured to have the vaccine while passengers are advised not to fly after receiving it.

It is claimed that two US pilots have suffered similar situations with one leaving an aircraft on a stretcher.

We must talk about hypoxia, or oxygen starvation. Aircraft are pressurised from the inside to give us enough oxygen at high altitude to breathe without the need for breathing gear. In the event of sudden decompression, the aircraft must do an emergency dive to around 12,000ft or less as that is around the maximum altitude with enough air for to breathe naturally. In the passenger oxygen masks there is just enough oxygen for passengers to breathe while the pilots get the aircraft down to a breathable altitude, and only a little more in the separate cockpit system.

If you are vaccinated you are advised not to fly because the pressurisation of the aircraft can lead to blood clots, a very serious issue which may kill you or cause you to suffer a stroke. That is bad enough for a passenger, but it beggars belief that airlines and Governments are pressing pilots to have jabs. If blindness, stroke or heart attack happens close to landing, even the second pilot is going to need a reaction time to overcome the situation. Landing is about the most dangerous time in an aircraft and there is a lot going on in the cockpit, much of which is critical and can escalate into dangerous situations very quickly.

Thank God there are two pilots in the cockpit either of whom can land the plane solo. If both pilots have problems at the same time, you might be doomed.