NewsPaperthe art of publishing
HomeCOVID-19Mystery of the ‘magnetic vaccines’
470

Mystery of the ‘magnetic vaccines’ 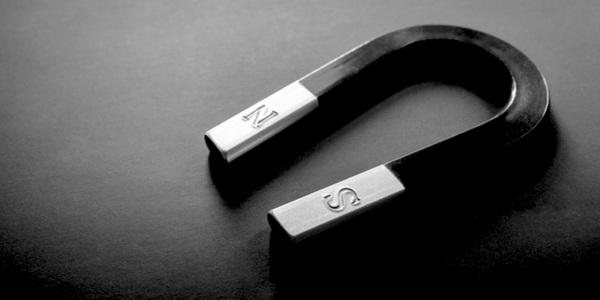 FACT checkers at the BBC, Reuters and Snopes have been busy debunking the Covid vaccine ‘magnet challenge’. Social media including TikTok, Facebook and Instagram have been awash with videos showing people with magnets sticking to the exact spot on their arms where they had received a Covid jab. See some independently verified examples here.

All three companies went to great lengths to explain why a magnet cannot possibly cling to your skin, without experimenting on a single vaccinated person to see what would happen.

BBC fact checker Jack Goodman spoke to many who said the magnet challenge worked for them and ‘were genuinely curious as to why’. He didn’t provide them with answers; instead he focused on one TikTok prankster called Emily who admitted she’d licked a magnet as a joke and stuck it to her arm.

It has been left to independent associations, doctors and journalists to test the phenomenon. Not On The Beeb founder and award-winning director Mark Playne tracked down a woman called Lorraine whose Instagram post of a magnet sticking to the Pfizer vaccine site on her left arm went viral. The fact checkers said the video was a fake but none of them bothered to visit her and test for themselves.

Playne told me: ‘Lorraine’s son Carl demonstrated the spot of magnetism on his mother. Even though I was inches away, I asked Carl to take the camera so I could try for myself. Feeling a magnet being tugged out of your hand, by a subtle yet defined magnetic force from under the skin of a living human being, is quite a shock.

‘Sensing the magnet being repelled and trying to flip so that the correct polarity was in contact with the skin was mind-blowing.’

A group called the European Forum for Vaccine Vigilance (EFVV) representing 25 European countries, took the magnet challenge to the Belle-Étoile shopping centre in Strassen, Luxembourg. The organisation represents over 100,000 medical professionals and scientists, from pro-vaccine choice groups, who are fighting for the 258 million people in Europe who have no freedom of choice when it comes to vaccination.

EFVV randomly interviewed 30 vaccinated and 30 unvaccinated people between June 1 and June 5. There were 15 men and 15 women in each group.

Some participants were shocked and upset at the results. EFVV said: ‘It was an extremely disorienting experiment for some. One lady cried and said that she had not wanted to be vaccinated but was forced to by her employer because she was in contact with customers.’

The obvious questions are: what is in the vaccine to cause magnetic pull and what are the consequences for the magnetised?

A former GP who prefers to remain anonymous hypothesises, and she stresses that it is a hypothesis, that graphene oxide, a synthetic form of carbon which is being studied as a vaccine delivery method, is the culprit. Graphene oxide is magnetic.

Dr T said: ‘They want to say it is crazy for us to consider that such a thing could be in the vaccinations and yet the literature points to research being exactly in this area for years. And we have magnetic people after vaccination.’

None of the Covid vaccines used in the UK (Pfizer, AstraZeneca, Moderna) lists graphene oxide as an ingredient and all three companies deny its inclusion. So far, independent researchers have not managed to obtain empty vaccine vials for analysis, although international lawyer Reiner Fuellmich, whose Coronavirus Investigative Committee Corona Committee Foundation (corona-ausschuss.de) is gathering evidence surrounding the pandemic response, says some vials they have tested contain graphene oxide while others do not.

The Graphene Flagship Project, a collaboration of 150 academic and research groups in 20 countries, is studying the safety of graphene oxide for many uses, including vaccines. The tests began in 2013 in the lab, and in animals, and are ongoing. The researchers warn that ‘there needs to be sound, science-based assessment of the potential impact on human health’ after they found it settled in the lungs, causing asbestosis-like illness. It also settled in the liver, caused cell death, mitochondrial dysfunction, changed the diversity in the gut and caused blood clots in mice after 15 minutes. We know that one of the few adverse reactions that has been accepted by the establishment are blood clots that can form in the brain and body, known as vaccine-induced immune thrombotic thrombocytopenia (VITT). Last week AstraZeneca and Johnson and Johnson both announced they are studying their vaccines to see whether they can be modified to reduce blood clots.

Dr T, who has tested the magnet challenge on vaccine recipients herself, believes that graphene oxide is in the vaccine, and that it crosses the blood/brain barrier (BBB). The BBB is there to protect the brain from toxins, but scientists have been trying to breach it to treat diseases such as Alzheimer’s and Parkinson’s. They discovered that polyethylene glycol (PEG), which is in the Pfizer and Moderna mRNA covid vaccines, can cross it and so can polysorbate 80, which is in the AstraZeneca vaccine. Both substances could allow graphene oxide through too.

She said that damaged cranial nerves could account for the many serious neurological and physical adverse reactions reported to the Medicines Healthcare products Regulatory Agency (MHRA), the government body responsible for regulating all medicines in the UK.

Maddie de Garay, 12, from Cincinnati, Ohio, who took part in Pfizer’s vaccine trial for 12-15-year-olds, suffered a serious adverse reaction with neurological and physical symptoms that include seizures, loss of bladder control, loss of memory and heavy menstrual cycles. She is now in a wheelchair and she is fed through a tube.

Dr T said: ‘Maddie’s mum Stephanie said her symptoms worsened after she received an MRI scan. MRI stands for magnetic resonance imaging. If there are magnetic nanoparticles in the vaccine, and someone has an MRI those microscopic particles will be attracted to the scanner – it’s the biggest magnet you can get. They will act like shrapnel, ripping through the brain, damaging everything in their path.’

If patients who believe they are vaccine-damaged experience worsening symptoms post MRI, that should surely be a red flag for doctors?

Footnote, July 21: A Spanish team investigating graphene oxide in Covid vaccines said yesterday that they think they have found the toxic substance in Sanofi Pasteur’s flu vaccine, product name Vaxigrip Tetra. They tested a vial used in the September/October 2020 flu vaccination campaign which the Spanish people received last year. Researchers in the UK have been trying to obtain empty Covid vaccine vials but whereas most empty vaccine containers are disposed of by the administering doctor’s practice, Covid vials are being returned to the manufacturers. They say this is because of a shortage of glass vials and they need to be recycled.