Mystery of the vanishing Telegraph article on Plan B

I WONDER why this fine Telegraph article by Andrew Lilico appeared online on Thursday for a few hours only, with no facility to comment. It did not appear the following day in the paper itself. This is it:

Why won’t the broadcast media accept that Covid cases are going down? Twenty months into this pandemic every serious broadcaster should know how to obtain timely data.

On Covid the good news just keeps coming. Relative to seven days before, official cases have fallen for 11 straight days and the seven-day average is now down about 18 per cent from its peak. Cases in kids started falling at about October 18 (a full week before half-term started) as now confirmed not only in the official cases data but in the REACT survey just out – which tests people at random and hence is unaffected by any changes in testing with schools out). And a new treatment, molnupiravir, has been approved, which, if given soon enough after symptoms start, cuts the risk of being hospitalised by about half. The Sage epidemiological modellers now expect cases and hospitalisations to fall this winter. Indeed, in some of their models cases fall as low as 5,000 per day. Those who, even just a couple of weeks ago, were demanding an immediate shift to Plan B have been proved demonstrably wrong.

Yet if you watched the main television channels you would have precisely the opposite impression. Yesterday, CNN released an interview with the Prime Minister in which he was challenged on why Plan B had not been implemented given that, as CNN’s Chief International Anchor Christiane Amanpour tweeted: ‘Case numbers are spiking.’ On Sky News, Economic Secretary to the Treasury John Glenn was interviewed on the basis that, Sky tweeted: ‘With the UK’s coronavirus epidemic escalating by the day, it’s no longer a case of if Plan B will be triggered but when, say experts’ and since Plan B was inevitable, didn’t the government owe the public some indication as to when it would be coming in? On BBC Breakfast, England’s Deputy Chief Medical Officer Jonathan Van-Tam was asked: ‘Why are schools not putting masks in place, with cases rising in school age children?’ The fact that cases in school-aged children are not in fact rising – indeed, on a seven-day average basis they are currently down 39 percent from their peak – is apparently of no relevance.

I find this incomprehensible. Early on in the epidemic, when data was difficult to come by, or even when it was more abundant but non-specialist journalists had not yet learned to find it, one could have understood. But it has been 20 months! Every serious broadcaster must know how to obtain timely data.

Obviously I’m not saying that journalists should react to every up-and-down fluctuation in the numbers, such that if cases rise for two days they should demand a lockdown and if they fall for two days they should demand an end to testing and travel restrictions. But cases have fallen, relative to the week earlier, for 11 straight days. The amount of that fall (18 per cent so far) was probably a bit exaggerated by half-term, and it’s not inconceivable we could yet see a few days of rising cases as testing fully normalises. But the overall trajectory is clearly down, not up, and journalists should not be reporting otherwise.

Andrew Lilico is clearly voicing his concerns, and ours, for the way in which the broadcast media are once again attempting to manipulate us all into accepting the government’s Plan B which, according to Sajid Javid, will be necessary to protect the NHS from ‘unsustainable pressure’. Plan B also includes the introduction of mandatory Covid Passports, making face coverings compulsory again and advising people to work from home. These would bring England effectively in line with restrictions now in place in Scotland, Wales and Northern Ireland said Mr Javid on October 20, and that there were still no current plans to bring in Plan B although he warned ‘that restrictions were more likely if vaccine take-up faltered.’

I have deduced that Plan B is the vital plank to the introduction to Covid passports. No Plan B = no passports. Who will be the winners of this mighty tussle and who will be losers? 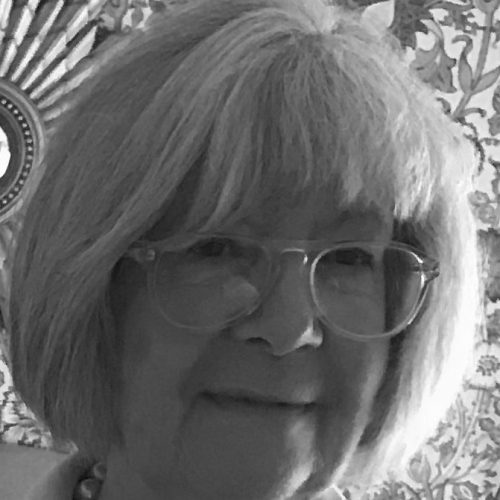 Lynne Collings
Left school with a handful of ‘O’ levels and worked in offices while getting on with life.