NewsPaperthe art of publishing
HomeCOVID-19Named, shamed, convicted and fined – the laws of Covid-land
68

Named, shamed, convicted and fined – the laws of Covid-land 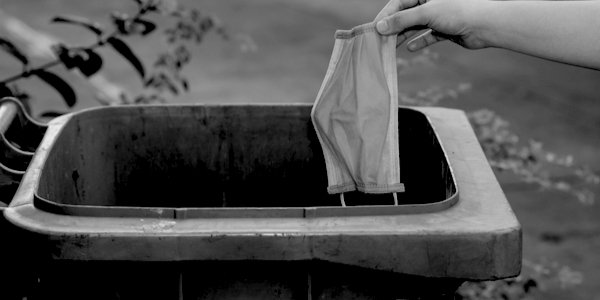 MAGISTRATES have been busy enforcing the laws of Covid-land, with more than 20 miscreants in Northamptonshire fined last week for failing to abide by the rules. They are named and shamed in the Northamptonshire Telegraph, the digital equivalent of the village stocks.

There are a few things to glean from the list of those convicted. We have a small insight, firstly, into the demographic shifts that are happening in the small towns of England such as Corby, Kettering and Wellingborough, with M Jatczak, K Marjani and P Blaga making an appearance.

While we do not know the circumstances of these individuals, it is a reminder of the price the youth have been made to pay throughout the last 18 months or so. Stuck in small accommodation or at home with their parents, they have suffered a disproportionate impact from restriction on movement. Moreover, the fines are not insignificant for those unlikely to have much disposable income.

Those caught refusing to abide by Covid regulations include:

The local paper website does not make it clear, but the prosecutions are likely to have been under the Coronavirus Act and Health Protection Regulations. Both pieces of legislation were passed in March 2020, the former without a vote in the Commons and the latter presented to the House only after it had come into force.

This is just a snapshot of cases involving Covid-19 rules. The Crown Prosecution Service reported in May 2021 – more than one year into the pandemic – that more than 1,800 had been brought to court, though a high proportion were subsequently identified as incorrectly charged. Indeed, between March 2020 and March 2021, all charges brought under the Coronavirus Act were incorrect, with not a single prosecution resulting from this large expenditure of police and court time.

Around 80 per cent of prosecutions brought under the Health Protection (Coronavirus, Restrictions) Regulations were correctly charged: it is under this legislation, which includes restrictions on leaving home, social gatherings and the enforcement of mask-wearing, that our Northamptonshire rebels were probably charged.

That a man living in England can be sentenced for leaving his own home is a sign of how far down the path of illiberalism we have strayed: never before in our history have we accepted such perverse rules, a fact made all the more unconscionable by their disproportionality.

What concerns me doubly is that they are enforced with such officiousness and subsequently reported so eagerly by an unquestioning and uncritical press. The Northamptonshire Telegraph says sanctimoniously: ‘The defendants were the latest to be convicted after violating emergency rules – which were designed to slow the spread of coronavirus – between January and April. Many of them were punished after failing to stick to the laws in January or February, at a time when many thousands died as the virus spiraled [sic] out of control.’

In any society which abandons the precepts of freedom, there will be a large group of people who willingly become the enforcers of the new regime. Intoxicated with power, they thrive amid a sea of petty regulations.

Naturally, one will not find names such as Matt Hancock of Neil Ferguson on the lists of those convicted. While the man on the street has the book thrown at him for daring to venture into a supermarket without a mask or seeing some friends, those in the right places and with the right connections can carry out their assignations without repercussion.

We can be convicted and fined for going to a takeaway without a mask, while our elites philander and jet around the world.

How much longer will we tolerate these glaring double standards?