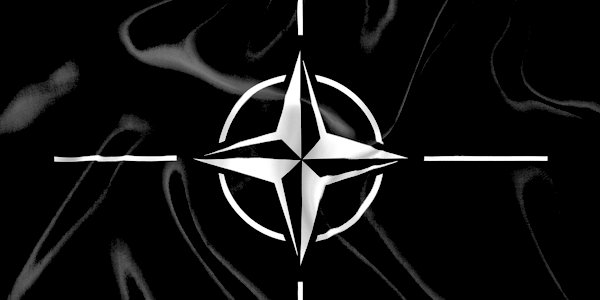 THE outraged chorus in the West after Russia’s invasion of Ukraine seems distant, though that intoxicating shot of moral adrenaline occurred less than five months ago. Now there is a hangover which has segued into panic about what we have done to ourselves and about the unavoidable consequences.

Nato, led by Joe Biden, has committed the classic blunder of taking sides in a war on the assumption it would be won without having an exit strategy in case it is lost. The Ukrainian war has been fought from Washington almost as if it were a video game rather a human tragedy.

If the war was about keeping Ukraine intact, giving Vladimir Putin a bloody nose and neutralising Russia, it has visibly been lost to everyone who is not cheerleading on behalf of a Nato government. All of these are increasingly desperate about the unmanageability of what they got into.

Sanctions against Russia have rebounded across the world, which is sliding towards a politically fraught economic recession in part because of the war’s unforeseen effects. Talk of regime change in Moscow and putting Putin on trial for war crimes, never really more than Bidenesque bluster, won’t be heard of again.

Worse, analysts fear the war may have become a turning point in the West’s efforts to sustain its supposedly universalist liberal world order against its ideological foes; Russia, which is fighting for its superpower status, and China, which is extending diplomatic and economic tentacles around the world and deeply into US institutions.

An embarrassing stalemate exists between Ukraine and its Western allies. President Zelensky wants Nato to win the war for him. It cannot and will not because of the risks inherent in crossing the line against a nuclear superpower. Zelensky’s undeniable arts as a canny manipulator have met the buffers of geopolitical reality.

All this is evident to the Western public disillusioned by the incompetence of their leaders and beset by inflation and the fear of the coming energy shortage which they know will be worse than sky-high pump prices they are already experiencing.

Europe is sweltering now but autumn and winter, when the energy crisis will go into overdrive, are only weeks away. For ordinary folks, the question is how they will keep warm under sanctions against Russia which have backfired disastrously. Can economies and jobs be maintained or are we back to something like the Covid regime from which we have barely recovered?

Britain’s three-day week and its rolling power cuts happened 50 years ago but is an example of what may be in store for the Europeans who depend on irreplaceable Russian oil and gas exports to keep the lights on. Putin can turn them off at any time.

Put together, the aftermath of Covid, the effects of the Ukraine war, the threat of recession and the arrival of mad Net Zero diktats are having a real-life impact – unprecedented outside wartime – on ordinary citizens and the industries which provide for them. The ingredients exist for a toxic political future which widens the divide between politicians and their electorates. It’s already happening in Holland, usually known for its placidity, as Kathy Gyngell reported here.

Alex Munton of the Rapidan Energy Group calls it ‘the most extreme energy crisis that has ever occurred in Europe’ which means he thinks it is worse than the oil shocks Opec inflicted in the 1970s. European natural gas prices have risen ten times more than in the US.

‘That is an extraordinarily high price to be paying for natural gas and really there is no way out from here,’ Munton told the Foreign Policy magazine. Only Putin has the gas we need.

Small wonder if Europeans, fatigued by a faraway war about which they hear conflicting reports, are questioning whether the fight for Ukraine and its unstated side purpose – the humbling of Russia by the Biden administration – are worth the short-term price, never mind the long one.

Nato leaders would never publicly admit they overreached. However sanctions are being expediently betrayed in the West which imposed them. Canada lifted a corner of the sanctions regime to return to Germany a turbine it had repaired which is needed to pump Russian gas to Germany through the Nordstream2 pipeline.

This was against the rules, but green-obsessed Germany gets 40 per cent of its natural gas from Russia and is frantically recommissioning coal mines ahead of the winter crunch when its renewables are idle.

Zelensky and the media have boasted of the Ukrainian army’s feats against the Russians, thereby making the fight look worthwhile, which seems increasingly untrue. The Ukrainians have been fighting a rearguard defence since day one and swathes of eastern and coastal Ukraine have been lost.

A report from Ukraine by the US Modern War Institute spoke of untrained soldiers desperately trying to stem the Russian advance. It said the evidence on the ground tells ‘a story that belies the relentless optimism that has pervaded Ukrainian representation of the war from the outset. After four months of grinding attrition, the Ukrainian army is facing a manpower shortage’.

At what point does Zelensky, who is blitzing Washington with demands for money and weapons, admit he’s fighting a lost cause which the Americans are only half supporting, and then only in hopes that Putin can somehow suffer the setback they want for him? In the meantime support for the war in Congress, which authorises the expenditure, is ebbing.

Arta Moeini of the Institute for Peace and Democracy asked: ‘What explains America’s hyper-ideological response to the Ukraine crisis?’

He wrote that ‘defending Ukraine has become the latest holy war for a generation of elites that largely came of age during the Cold War, one that internalised that era’s evangelical binaries and symbolic crusades and is forever seeking the next apocalyptic event to signal its virtue’. For them he said, Russia winning would be ‘the effective fall of the so-called liberal international order, whose rules Washington and its North Atlantic allies laid down in the wake of World War II’. As a result, it’s the West that risks decredibilisation in Ukraine.

Putin made a mistake if he thought he could walk over Ukraine. Biden made one with much vaster consequences, launching a proxy war when he knew Putin had his finger on the on/off energy switch which may, in the end, be more decisive than his nuclear arsenal.