Negligence and complacency behind the NHS crisis

LAST weekend NHS chief executive Sir Simon Stevens warned that the NHS was in its most precarious position in its history.

A few days earlier Jeremy Hunt tweeted that as Secretary of State from 2012 to 2018 he had faced four serious winter crises in the NHS, and often had to cancel elective care in January, but the situation now is ‘off the scale’ compared with then.

The obvious question for Sir Simon Stevens and the government is: Why have you made no preparation since March when it became evident to everyone that the pandemic would massively exacerbate this annual winter crisis?

It is arguable that this failure to plan for winter pressures magnified to a unique extent by Covid-19 is a consequence of negligence by the Civil Service, the NHS executive and government inertia.  Evidence for this conclusion comes from a lecture given in August 2019 by Chris Wormald, permanent secretary at the Department of Health, entitled ‘The Price of Success’.
He said: ‘If you look at the [department’s] original mission, we’ve basically solved the problem it was originally aimed at . . . Now we have a whole range of different challenges which are more about what happens when you achieve your original mission, and how you adapt.’ This top civil servant did not anticipate emergencies, or address the annual problem of dangerous winter pressures, or the effect of the policy over previous decades that moved care from hospitals to primary care with the consequent loss of hospital bed capacity.

It was Sir Simon Stevens who was responsible for the 2019 NHS Long Term Plan which was to move care from hospitals into primary and community health services. This has long been a policy goal. The total number of NHS hospital beds in England have more than halved over the past 30 years, while the number of patients treated has increased significantly.

‘An NHS where funding is apportioned to population need; where most care is provided through list-based general practice; where we take a planned approach to local and specialist hospital provision; and with a strong scientific tradition of evidence-based decisions about care – these are all organising principles which have stood the test of time.’

But have they? The UK policy over decades, and assisted by Sir Simon Stevens, has been to cut the number of hospital beds.  Co-terminus with this is a shortage of nurses. The Nightingale Hospitals built in March 2020 could not open as isolation hospitals, let alone as surge capacity hospitals, because of a lack of nursing staff.

In 1986 Project 2000 was published, led by a sociologist from Warwick University, and became the new model for nurse training. This took student nurses off the ward and put them into colleges and universities, and immediately led to a loss of the student nurse workforce.

In February 2019 a report said there were more than 41,000 registered nursing posts vacant in the NHS in England – more than one in ten posts.

According to the report, the government had committed to increasing the number of nurses in training because of the nursing shortages. However, 2018 was the second year in a row in which the number of applications and acceptances for pre-registration nursing degrees in England fell.  The authors’ conclusion was that the change in funding arrangements in England, combined with a dip in the population of 18-year-olds, had resulted in a fall in the number of nursing students, rather than the expected rise.

Their analysis also found that, across the UK, almost a quarter (24 per cent) of those starting a nursing degree either did not graduate or failed to do so within the expected timeframe. There was no sign of sustained improvement in the attrition rate since 2008.

In December 2020 a follow-up report found that the UK ranks below the average of high-income OECD countries in terms of the number of practising nurses and the annual number of new nurse graduates relative to its population.  Furthermore, about 15 per cent of registered nurses in the UK were trained outside the UK – more than double the OECD average.

It is at least arguable that changes to the nursing profession in the 1980s have contributed to the current crisis in staffing the NHS. Without the student nurses in the workforce, there are just not enough nurses to staff the NHS, let alone provide isolation hospital care. Hence, at the start of the pandemic the Nursing and Midwifery Council invited nursing students to assist with the emergency situation as part of the paid workforce.  This invitation was perversely withdrawn in September, but reinstated again in January 2021.

Far from being ‘The Price of Success’ it may be that the current state of the overwhelmed, under-bedded and understaffed NHS, which is also contributing to the spread of Covid and leading to interminable lockdowns of the UK population, is in reality the price of negligence of those in charge of the NHS. 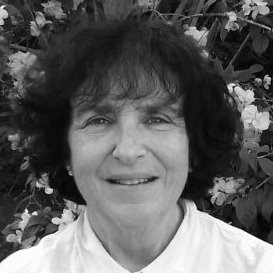 Ann Bradshaw
Dr Ann Bradshaw is a recently retired SRN and senior lecturer in adult nursing at Oxford Brookes University. She is the author of The Nurse Apprentice 1860-1977and The Project 2000 Nurse