Nervous system disorders after the jab – a case study 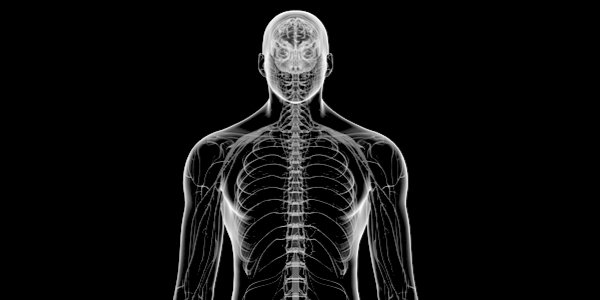 NERVOUS system disorders following Covid vaccination are being recorded in shocking numbers, with reports to the UK’s Yellow Card Scheme of almost 300,000 injuries and 300 deaths.

Despite this, the Medicines and Healthcare products Regulatory Agency (MHRA), who run the Yellow Card scheme and review all suspected injuries, are sticking with their mantra that Covid vaccines are ‘safe and effective’.

Their message infuriates music manager Georgia-Rose Segal, 34, from Hertfordshire, a previously active fitness fan. Supremely healthy, and at low risk of contracting Covid-19, she was worried about getting the experimental jab, but decided to take it after being reassured by three GPs. She could then travel abroad for her job, about once a quarter, and visit family in Israel to celebrate Rosh Hashanah, the Jewish new year.

It is a decision she bitterly regrets as she is now a statistic, one of the 100,000 victims suffering with 300,000 neurological injuries reported up to January 5, 2022, which we have analysed in our special report below.

After her adverse jab reaction, Georgia, who is articulate, down-to-earth and had clearly made the effort to be well informed, was admitted to Stoke Mandeville Hospital in Buckinghamshire – a spinal injury specialist – with symptoms which included lack of balance, dizzy spells, tremors, tics, short-term memory loss and brain fog.

Georgia had her first dose of Pfizer-BioNTech Covid-19 vaccination on May 13, 2021 at Hemel Hempstead pop-up vaccine centre. It wiped her out. ‘I felt like I could have slept for a year. I felt like that for a couple of days,’ she said. She had her second dose on June 29. ‘Within four hours I felt dizzy and light-headed. I fainted that evening, then over the following days, I began fainting up to three times a day.

‘After ten days I developed neurological symptoms. My legs didn’t feel right. I was struggling to move them, and they felt heavy.

‘I was in Tesco, got to the checkout and couldn’t move my legs. My boyfriend Luke [boxing coach Luke Groves, 29] was outside. I went to phone him, but my brain wouldn’t engage with my hand.

‘I realised then I had a bit of a problem.’

Despite this, on Monday July 12 Georgia attended a wedding in Dorset, and realised there was something seriously wrong.

‘The day before the wedding I collapsed in my hotel room. Luke brought me round by splashing me with cold water and I got into bed, then my body went into its first tremor,’ she said.

‘I managed to go to the wedding the next day and got back to the hotel room. I fainted again and hit my head on the floor. My head began to tremor, and my body followed.

‘Luke thought I might need food, so we went to the pub. When we got there my legs gave way underneath me for the first time, and that became my new normal.’

At 5am on the Wednesday morning Luke drove her to Stoke Mandeville hospital, where she spent ten days having ‘every test going including MRI and CT scans and blood tests’. They all came back clear, and doctors were sceptical when she told them she thought it was the vaccine. ‘We’re not sure. We don’t have enough information about it,’ they said.

NHS doctors say she has a ‘functional neurological disorder’ (FND) which is a term they like to use to say symptoms are ‘all in the mind’. They thought that the death of her father when she was three years old could be the cause. ‘It’s ridiculous,’ says Georgia. ‘Why would that suddenly affect me at the same time I had the jab?’

Later that month, Georgia posted a video of herself on her private Instagram account @georgiarosess. It showed her legs giving way as she tried to walk across her kitchen floor; her three dogs followed her anxiously in case she fell.

Friends asked if they could share it, so she made her account public and the video went viral, clocking 4.7million views. Within days, Georgia’s account had swelled from 680 friends and family to more than 52k followers anxious for vaccine damage information.

The Times found the video and asked for an interview. It seems they did not check her vaccine damage claim and simply printed that her video had caused ‘antivax rumours to run wild.’ The Daily Mail followed with the same accusation. The Sun at least did their research and quoted neurology professor Jon Stone from the Royal Infirmary of Edinburgh, who said that ‘it is expected that some people will have FND after the vaccine’.

The Times and Mail pieces excited the trolls who labelled Georgia ‘antivax’, a misnomer as she had obviously had the vaccine, and Instagram axed her account accusing her of inauthentic content and misinformation.

In October, while sitting in the car with Luke, Georgia found she was unable to speak. She had suffered a suspected transient ischaemic attack (TIA) or mini-stroke. Her face drooped on one side, and she had temporary paralysis on her left side. ‘Mum took me back to Stoke Mandeville,’ she said. ‘The doctor I saw knew nothing about me and suggested I see a psychologist.’

Georgia’s vaccine ‘hot lot’ batch numbers, EW4109 and FD5613, appear on a website that has analysed the ADRs for each numbered batch of vaccine. Her first has 1,962 ADR reports, which include six fatalities, 160 disabilities and 52 life-threatening illnesses. Her second scores 633 ADRs, one fatality, 41 disabilities and nine life-threatening illnesses.

Before Georgia had the vaccine, doctors thought she might have Ehlers-Danlos syndrome, a condition of connective tissue which causes hypermobility, irritable bowel syndrome and postural orthostatic tachycardia syndrome (POTS), which affects blood flow and can cause fainting. They referred her for investigations that because of her jab reaction, she has not been able to receive, but this could have made her more vulnerable to an adverse event. We do not know because the drugs companies tested the vaccine only on healthy people.

Georgia insists what she is dealing with now is very different from then. She said: ‘I rarely fainted. What I’m suffering now is off the scale.’

She sought help from a private GP at OSD Healthcare in Hemel Hempstead who told her NHS GP that Georgia should be exempt from further vaccination. ‘Georgia has had a significant complicated reaction to the Covid vaccination,’ he said in a letter. ‘This has resulted in significant neurological and neurocognitive side effects including concentration deficit, hypersensitivity to sound, rapid onset fatigue, involuntary tics, and mobility issues secondary to collapsing of legs. This is amongst other side effects which have required hospital admission.’

Meanwhile Georgia, who enjoyed walking her dogs daily, roller-skating, boxing and taking fitness classes, had been reduced to using a wheelchair. ‘I also have two Zimmer frames at home,’ she said.

She is mentally strong, has ‘a fire in my belly to get better,’ and is making progress, but these terrifying symptoms have taken their toll. Her voice breaks as she says: ‘I cried every day for a week and I thought, “am I going to be like this for ever?”

‘I wish there was some kind of repercussion for the people who persuaded me to take the jab. None of my doctors reported it to the Yellow Card, I had to do that for myself and I’ve heard nothing since. I’ve applied to the Vaccine Damage Payment Scheme for compensation. I had a letter saying that these claims are usually decided in six months but because of the current situation, that is unlikely.’

There is no warning about neurological side effects on the MHRA’s website, just detailed, hard-to-find breakdowns of Yellow Card reports. There is however a warning about one neurological disorder on the US Centers For Disease Control website, although you have to search hard for it. They admit the jab causes ‘rare’ cases of Guillain-Barré syndrome, a ‘rare’ neurological disorder ‘where the body’s immune system damages nerve cells causing muscle weakness and sometimes paralysis’.

This is not something Georgia was informed about, and others who have suffered serious adverse reactions say the same. It is only mentioned after a patient has been damaged. Clearly, this is not informed consent which is still a legal requirement in this country and injecting someone without it may be considered assault or battery and give rise to criminal proceedings.

Overall, 1 in 120 people injected experiences a Yellow Card Adverse Event, which may be less than 10 per cent of actual figures according to MHRA.

Below are the most prevalently reported NERVOUS SYSTEM DISORDERS AND SYMPTOMS experienced, not exhaustively listed.

TOTAL NERVOUS SYSTEM REACTIONS = 273,586 involving likely in excess of 100,000 people. Some people may have reported more than one reaction per report.

If reporting is 10 per cent of experienced adverse events, then perhaps over one million people have been or are still coping with nervous system disorders in the UK.  A significant proportion will require urgent medical care, may be life changing or long lasting in effect.